The Forgotten People
of Pine Ridge

THE PLIGHT OF THE LAKOTA PEOPLE
DECEIVED BY THE GOVERNMENT

Far away, tucked in a remote corner of the United States, is a place called Pine Ridge. Pine Ridge is an Indian Reservation in South Dakota, home to the Oglala-Lakota (Sioux), Native American Indians.

This reservation is home to approx 40,000 people, 35% of which are under 16 years of age. This reservation is approx 11,000 square miles (over 2 million acres), and sits in Bennett, Jackson and Shannon counties, fifty miles east of the Wyoming border.

In the past, before the white man arrived in the United States, the Lakota people lived on the land, moving from place to place along with the Buffalo migrations. This mighty beast gave these people everything they needed to be able to sustain themselves.

Most people know the Lakota as 'Sioux' Indians. The word Sioux is a French rendering coming from an Ojibway (Chippewa) word for their enemies 'nadouessioux', meaning 'little snakes'.

Lakota people are also called Teton Sioux or Titunwan meaning 'who live on the prairie'. The name recalls the migration of the tribe from the woods of Minnesota to the Black Hills (Paha Sapa), of the Great Plains territories.
The Lakota people of today primarily live on the Rosebud, Pine Ridge, Lower Brule, Standing Rock and Cheyenne River reservations of North and South Dakota. The Lakota are also made up of seven bands: Oglala (dust scatterers), Brule (burnt thighs), Hunkpapa (end of the circle), Miniconjous (planters beside the stream), Sihaspapa (or Blackfeet tribe, different from the Blackfoot tribe of Montana), Sans Arc (without bows), Oohenupa (two kettles).

The Lakota of Pine Ridge are the Oglala, ancestors of the great leaders and medicine men such as Crazy Horse, Red Cloud, American Horse and Black Elk but to name a few. Another great leader was Sitting Bull of the Hunkpapa Lakota who was the over seer for the Battle of the Bighorn in 1976, where Crazy Horse led the people into defeating General George Custer and the 7th cavalry.

On Dec 15th 1890, Sitting Bull was murdered, and two weeks later on Dec 29th 1890, Chief Bigfoot (Spotted Elk- Bigfoot was his nickname as he had big feet!), and around 300 of his people were slaughtered at Wounded Knee, at the district of Porcupine on the reservation. After this massacre, the people no longer had the numbers, or the will to fight the white man or 'Wasicu', and had to resign themselves to living on the reservations under the white man's rule.

The U.S government have broken, and continue to break every treaty made with the Lakota people, and this should not still be happening , not in this day and age, and certainly not in the supposedly richest country in the world!!

On the Pine Ridge reservation:-

There is no industry, technology, or commercial infrastructure to provide employment. Recent reports point out that the median income on the Pine Ridge reservation is approx 2,600 dollars per year!!

Life expectancy on the reservation is 48 years old for men and 52 for women.

Teenage suicide rate is 150% higher than the U.S national average for this group.

The infant mortality rate is the highest on this continent and is about 300% higher than the U.S national average.

More than half the reservation's adults battle addiction and disease. Alcoholism, diabetes, heart disease, cancer and malnutrition are rampant!

The rate of diabetes on the reservation is 800% higher than the U.S national average.

Recent reports indicate that almost 50% of the adults on the reservation over the age of 40 have diabetes. Diabetic related blindness, amputations and kidney failure are very common.

The Tuberculosis rate on the reservation is approx 800% higher than the U.S national average.

Cervical cancer is 500% higher than the U.S national average.

Each winter, reservation Elders are found dead from hypothermia (freezing to death!!).

At least 60% of homes on the Pine Ridge reservation are infested with the Black Mould, Stachybotrys. This infestation causes an often fatal condition with infants, children, elderly, those with damaged immune systems, and those with lung and pulmonary conditions.

Many reservations residents live without health care due to vast travel distances involved in accessing that care. Additional factors include under-funded, under staffed medical facilities and out-dated or non-existent medical equipment, with little hope for funding for Indian health care.
Preventative healthcare programs are rare, and in most treaties between the U.S government and the Indian Nations, it was agreed to provide adequate medical care for Indians in return for vast quantities of land.

The Indian Health Services (I.H.S) was set up to administer health care for Indians under these treaties and receives an appropriation each year to fund Indian health care. Unfortunately the appropriation is very small compared to the need and the I.H.S is understaffed, ill equipped and cannot possibly address the needs of Indian communities. Now where is this more apparent than on Pine Ridge?

If this seems bad enough, the school drop out rate is over 70%
According to the Bureau if Indian Affairs, the Pine Ridge reservation schools are in the bottom 10% of school funding by U.S Department of Education and the Bureau of Indian Affairs.

Teacher turnover is 800% that of the U.S national average.

The small Tribal Housing Authority homes on the reservation are so overcrowded and scarce, that many homeless families often use tents or cars for shelter. Many families live in old shacks, old trailers, or dilapidated mobile homes.

There is a large homeless population and most families never turn away a family member no matter how distant the blood relation. As a consequence, many homes have vast overcrowding problems, and have an estimated average of 17 people living in a home that may only have 2-3 rooms! Some homes built for 6-8 people have up to 30 people living in them!

60% of the reservation families have no phone.

Over 33% of the reservation homes lack basic water and sewage systems, as well as electricity.

Many residents must carry (often contaminated) water from local rivers.


Most reservation families live in rural and often very isolated areas, without basic insulation in their homes, stoves, refrigerators, beds or basic furniture, electricity or water.

Weather is extreme on the reservation, with summer temperatures reaching well over 100 F, and winters bring bitter cold with temperatures that can reach 20-40 degrees below freezing.

Flooding, tornadoes and wildfires are always a risk and there are few improved roads, making many of the homes inaccessible during times of heavy rains or snow.

The list is endless, and I have been out to the Pine Ridge reservation five times now, and will be going out again at the end of March 2004.
I can tell you that all of the above information and much more is absolutely true! I have seen it with my own eyes and wonder what more horrors I will uncover on each visit I make.

I have founded a charity called Lakota Aid, and over the past two years have been trying to help the Oglala people of Pine Ridge as best I can. www.lakota-aid.co.uk

I am so outraged at the way these people are still being treated and the fact that they are literally swept under the carpet by the U.S government.
I stay with the people on the reservation, and am slowly building up a trust with a few of them. There are many on that reservation that will never trust the white man as long as they live, and who can blame them after the way they have been treated over the past 500 years.

It is about time that these people were put back on the map, so to speak, they have been forgotten for long enough. They are still a wonderful, spiritual people, still performing their sacred ceremonies and using herbs and medicines to try and help the sick ones, but the white man's diseases have proved an impossible horror for them to overcome.

How many times have you heard the Native Americans mentioned in any of the big charity fund raising events held, or seen adverts on the television appealing for help? I have not seen or heard one, and I feel so strongly that they are totally ignored an absolute insult to them!

I have sat in ceremony with these people and spoken with them on many occasion, they believe and so do I, that they are still being made to pay for the huge embarrassment of the defeat of Custer and the 7th Cavalry at the Battle of the Bighorn in 1876, something the U.S government still cannot acknowledge.

Help me to spread the awareness of the plight of the Oglala-Lakota people of Pine Ridge, both by helping to raise monies, but most important of all, by giving these people back a sense of hope for their future. The people I am friends with on the reservation cannot believe that someone 6,000 miles away in England is trying to help them, when only a handful of people on their own doorstep are also trying to do something for them. It is an unbelievable situation out in South Dakota, and an utterly desperate one too.

If anyone wants to contact me, or know more about Pine Ridge, please e-mail me:- lewjas@aol.com and look over and pass on my website to as many people as possible to help spread the word.
www.lakota-aid.co.uk

Thank you for reading this article, and thank you from the Lakota people also.
MITAKUYE OYASIN (we are all related) 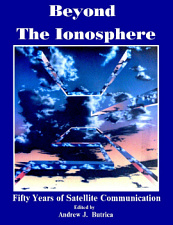