I hail from South Africa, the land who invented the word " Apartheid".The country is notorious for its racist history and ethnic divisions.Fortunately now, we have a "democratic" constitution, which do not fill peoples belly's, but ushered in a superb Bill of Rights, which 90 percent of people do not use!

I was on holiday in Cape Town, over the Xmas period, and spent time with friends on the slopes of the Beautiful Table Mountain.The people consisted out of white, Indian, "mixed race and black people from 5 different ethnic groups(we have 11).The atmosphere was cordial and we had great fun, not once did I experience the slightest amount of tension or hostility amongst the respective racial groups.The core of our discussions were.....guess what..the GLOBAL CONSPIRACY.

The various races of this world were conned for hundreds of years, and we cannot see it! When Columbus and his Ilk arrived in the "new worlds", they designated people according to colours, Red, Yellow, Brown and Black, setting the trend for future discrimination.Many of these people's skins are not even red, yellow or black.

How true, when David Icke, asserts that the control of the the new world colonies were planned thousands of years ago.

I am from " mixed race" descent, with English(white), Indian and Xhosa(Black) genes, and many of my so called race group's skin tones vary from "white" to "black", but they still considered "non white".In the US I would have been considered"black".No matter how fair your skin tone, you are still considered "Black",(Colin Powell), If one of your ancestors were "Black".

Why label people in this way? DIVIDE AND RULE.

As for "white people", most of them are hated around the globe, for the colonial exploitation experienced.I however believe that this hatred is misplaced.Many "Black" scholars link the Global Conspiracy, to a European or Jewish agenda.I will admit , I shared the same views, and sympathised with this school of thought for some time.I shall explain why; If you look at a map, you will notice that Europe is a very small "continent", but exercises an inordinate amount of influence over global affairs,relative to their size. Aids, another scam, mostly afflicts "Black people".And "Black" people are dying in the thousands due to manufactured wars!

In depth research,however, and channels like the History channel,revealed that" white" people are just as much victims,as anybody else.Most of the people that settled in the colonies, ie South America, Africa and Asia, were peasants or working class in Europe.In fact Australia was colonised by prisoners! In other instances these people were refugees from wars and famine created by the Illuminati.Their situation became so severe that they had to flee to the colonies.In the newly colonised countries, they became very wealthy, creating tension with the natives, which led to more wars in the colonies(fear), which went precisely according to the Illuminati plan.

Why I maintain that race is irrelevant, are the wars between the French and English in North America, and the Anglo-Boer war in South Africa.When Illuminati interest were threatened they did not hesitate in creating wars between "white and white", in their colonies.Thousands of whites died in these wars.The cannon fodder called in from Europe to fight silly wars in Africa, speaks volumes about their agenda.Today, many "whites" are dying in another silly war in Iraq!

But what about the slave trade? Did Europeans not butcher Africans in their thousands, and humiliate these Africans on their plantations, in North America? True, but the slave trade was not confined to Europeans only.The Arabs were also involved.In fact, many Africans participated in the slave trade, and became filthy rich in the process.Research has revealed that wealthy African families and their next of kin were never targeted for the slave trade.

No matter how serious the allegation againts Europeans in colonies or former colonies, natives were always involved in the exploitation of their own people, either because of Bloodlines, or their own greed.In South Africa we had many puppets in the former Bantustans.The assasination of Patrice Lumumba, and Mobuto's collusion, speaks volumes.Throughtout all this exploitation, there were always Europeans who were sympathetic to the plight of the exploited, risking life and limb in the process.

Bear in mind, that the Illuminati's agenda is always multi-pronged.Deseases are created which "culls" excess people, through toxic drugs(aids etc), millions of dollars/euros then flow back to the Illuminati's drug companies.Racism and other "isms", operate in a similar fashion.Create divisions and artificial superiority complexes amongst peoples and they can never unite(hence the exploited always becomes oppressors, ie Europe=Colonies, Jews=Israel/Palestine, Boers=South Africa)These people unknowingly then perpetuate the Illuminati's agenda and ensures the fantastic concentration of Wealth, in Illuminati hands.The spin offs are enormous for the Illuminati.The fear and confusion generated over centuries, have precluded us from moving ahead.

Why can't we see through our racial groups, or colours, we waste precious time fighting each other!

Lets open our eyes, people of the world and debunk our racial identities and unite, and fight for what is right. 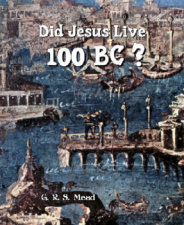