When Martin Luther translated The Bible into German, so that the "common people" would know what it said, he did not just put it in a different language he "codified" the "common tongue" or the "local dialect" of what ever the local language really was (a form of slang) and he effectively gave the local people a "written language" that did not exist previous to his writing it. Meister Eckhart is given credit for the formulation of the actual German language circa 1300 A.D. but "his" writing was of "his own" personal communication style, a "notes to himself" kind of thing, that was later translated into more recognizable text.

There was a VERY similar situation with the evolution of the King James version of The Bible written in English where John Wycliffe, an Oxford professor, scholar, and theologian (later 1300's) was England's version of Meister Eckhart. So much so that the two stories are sometimes thought to be one and the same and may actually have come into being as the result of the process of some highly skilled French knight/warriors who had "carried" the ancient wisdom forward from a "pre-Catholic/pre-Jewish" wisdom tradition that Martin Luther's benefactor Prince Frederick of Saxony was privy to. This is separate from but very similar to the Latin biblical texts but referenced Aramaic, Hebrew and Greek as well.

However, this entire process of "serving the people" to better understand the power and wisdom of God had "lessened" (watered down or "dumbed down") the original expression of the ancient wisdom keepers so much so that it is unrecognizable and virtually un-re-translatable back into the original language(s). Hence, there has been some "retro-active writing" or "reverse engineering" of our present-day Bible.

This is VERY confusing for people who want to try to "authenticate" the "facts" of The Bible. This is impossible since the "wisdom" of The Bible was "meant" to enable the "seeker" to evolve "their own" relationship to God or to their own inner awareness. Since this wisdom was "dumbed down" people effectively "lost" their awareness of "themselves" because the "story-oriented" parables, fables, and metaphors "across several languages" simply do not relate to today's understanding of psychology and philosophical paradigms in general.

The exact same situation happened with many other religious texts being "dumbed down" and translated (or mistranslated) into the English language.

So, to speak of "unnecessary complexity" is to ask your teacher to dumb down wisdom that it is impossible to simplify because you "have to use your head" in order to understand it in the first place. "You" need to "convert" what someone else says into "your own inner language" such that you can effectively "translate" that wisdom to "each" specific individual person that you "Know" can understand what you are saying and "adjust" how you explain something to them according to "specific feedback" from that specific person.

In other words, profound wisdom can not be communicated to more than one person at a time because one person needs to insure that the other person is understanding "each step" of the communication in order to "build upon" each "layer" of subtlety getting increasingly more subtle as the communication continues.

"Standardized" language does not serve the purpose of facilitating the communication of profound wisdom. So, to "complain" about a particular person's expression of their "unique" genius is like saying that you do not like oranges while staring at an apple tree unwilling to take a bite. 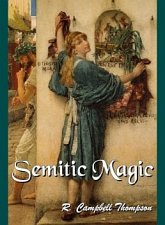