Perhaps the most threatening document of our time is the U.S. National Security Strategy of September 2002. Its implementation in Iraq has already taken countless lives and shaken the international system to the core.

In the fallout from the war on terror is a revived Cold War, with more nuclear players than ever, across even more dry-tinder landscapes around the world.

As Colin Powell explained, the NSS declared that Washington has a "sovereign right to use force to defend ourselves" from nations that possess weapons of mass destruction and cooperate with terrorists, the official pretexts for invading Iraq.

The obvious reason for invading Iraq is still conspicuously evaded: establishing the first secure US military bases in a client state at the heart of the world’s major energy resources.

As old pretexts collapsed, President Bush and his colleagues adaptively revised the doctrine of the NSS to enable them to resort to force even if a country does not have WMD or programmes to develop them. The "intent and ability" to do so is sufficient.

Just about every country has the ability, and intent is in the eye of the beholder. The official doctrine, then, is that anyone is subject to attack.

In September 2003, Bush assured Americans that "the world is safer today because our coalition ended an Iraqi regime that cultivated ties to terror while it built weapons of mass destruction." The president’s handlers know that lies can become Truth, if repeated insistently enough.

The war in Iraq incited terror worldwide. In November 2003, Middle East expert Fawaz Gerges found it "simply unbelievable how the war has revived the appeal of a global jihadi Islam that was in real decline after 9-11." Iraq itself became a "terrorist haven" for the first time, and suffered its first suicide attacks since the 13th century CK assassins.

Recruitment for Al Qaeda networks has risen. "Every use of force is another small victory for bin Laden," who "is winning," writes British journalist Jason Burke in Al-Qaida, his 2003 study of this loose array of radical Islamists, now mostly independent.

For them, bin Laden is hardly more than a symbol. He may be even more dangerous after he is killed, becoming a martyr who will inspire others to join his cause. Burke sees the creation of "a whole new cadre of terrorists," enlisted in what they see as a "cosmic struggle between good and evil," a vision shared by bin Laden and Bush.

The proper reaction to terrorism is two-pronged: directed at the terrorists themselves, and at the reservoir of potential support. The terrorists see themselves as a vanguard, seeking to mobilise others. Police work, an appropriate response, has been successful worldwide. More important is the broad constituency that the terrorists seek to reach, including many who hate and fear them but nevertheless see them as fighting for a just cause.

We can help the terrorist vanguard mobilise this reservoir of support, by violence. Or we can address the "myriad grievances," many legitimate, that are "the root causes of modern Islamic militancy," Burke writes.

That basic effort can significantly reduce the threat of terror, and should be undertaken independently of this goal.

Violent actions provoke reactions that risk catastrophe. US analysts estimate that Russian military expenditures have tripled during the Bush-Putin years, in large measure a predicted response to Bush administration bellicosity. On both sides, nuclear warheads remain on hair-trigger alert. The Russian control systems, however, have deteriorated. The dangers ratchet up with the threat and use of force.

As anticipated, US military plans have provoked a Chinese reaction as well. China has announced plans to "transform its military into a technology-driven force capable of projecting power globally by 2010," Boston Globe correspondent Jehangir Pocha reported last month, "replacing its land-based nuclear arsenal of about 20 1970s-era intercontinental ballistic missiles with 60 new multiple-warhead missiles capable of reaching the United States."

China’s actions are likely to touch off a ripple effect through India, Pakistan and beyond. Nuclear developments in Iran and North Korea, also in part at least a response to US threats, are exceedingly ominous. The unthinkable becomes thinkable.

In 2003, at the UN General Assembly, the United States voted alone against implementation of the Comprehensive Test Ban Treaty and alone with its new ally India against steps toward the elimination of nuclear weapons.

The United States also voted alone against "observance of environmental norms" in disarmament and arms control agreements, and alone with Israel and Micronesia against steps to prevent nuclear proliferation in the Middle East -- the pretext for invading Iraq. Presidents commonly have "doctrines," but Bush II is the first to have "visions" as well, possibly because his handlers recall the criticism of his father as lacking "the vision thing."

The most exalted of these, conjured up after all pretexts for invasion of Iraq had to be abandoned, was the vision of bringing democracy to Iraq and the Middle East. By November 2003, this vision was taken to be the real motive for the war.

The evidence for faith in the vision consists of little more than declarations of virtuous intent. To take the declarations seriously, we would have to assume that our leaders are accomplished liars: While mobilising their countries for war, they were declaring that the reasons were entirely different. Mere sanity dictates scepticism about what they produce to replace pretexts that have collapsed. 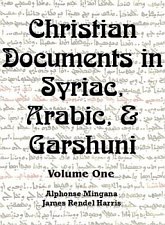