How America Determines
Friends and Foes

Every self-respecting president has a doctrine attached to his name. The core principle of the Bush II doctrine is that the United States must "rid the world of evil," as the president said right after 9/11.

A special responsibility is to wage war against terrorism, with the corollary that any state that harbours terrorists is a terrorist state and should be treated accordingly.

Let's ask a fair and simple question: What would the consequences be if we were to take the Bush doctrine seriously, and treat states that harbour terrorists as terrorist states, subject to bombardment and invasion?

The United States has long been a sanctuary to a rogues' gallery of people whose actions qualify them as terrorists, and whose presence compromises and complicates U.S. proclaimed principles.

Consider the Cuban Five, Cuban nationals convicted in Miami in 2001 as part of a spy ring.

To understand the case, which has prompted international protests, we have to look at the sordid history of U.S.-Cuba relations (leaving aside here the issue of the crushing, decades-long U.S. embargo).

The United States has engaged in large- and small-scale terrorist attacks against Cuba since 1959, including the Bay of Pigs invasion and the bizarre plots to kill Castro. Direct U.S. participation in the attacks ended during the late '70s - at least officially.

In 1989, the first president Bush granted a pardon to Orlando Bosch, one of the most notorious anti-Castro terrorists, accused of masterminding the bombing of a Cuban airliner in 1976. Bush overruled the Justice Department, which had refused an asylum request from Bosch, concluding: "The security of this nation is affected by its ability to urge credible other nations to refuse aid and shelter to terrorists, whose target we too often become."

Recognizing that the United States was going to harbour anti-Castro terrorists, Cuban agents infiltrated those networks. In 1998, high-level FBI officials were sent to Havana, where they were given thousands of pages of documentation and hundreds of hours of videotape about terrorist actions organized by cells in Florida.

The FBI reacted by arresting the people who provided the information, including a group now known as the Cuban Five.

The arrests were followed by what amounted to a show trial in Miami. The Five were sentenced, three to life sentences (for espionage; and the leader, Gerardo Hernandez, also for conspiracy to murder), after convictions that are now being appealed.

Meanwhile, people regarded by the FBI and Justice Department as dangerous terrorists live happily in the United States and continue to plot and implement crimes.

The list of terrorists-in-residence in the United States also includes Emmanuel Constant from Haiti, known as Toto, a former paramilitary leader from the Duvalier era. Constant is the founder of the FRAPH (Front for Advancement of Progress in Haiti), the paramilitary group that carried out most of the state terror in the early 1990s under the military junta that overthrew president Jean-Bertrand Aristide.

At last report, Constant was living in Queens, N.Y.

The United States has refused Haiti's request for extradition. The reason, it is generally assumed, is that Constant might reveal ties between Washington and the military junta that killed 4,000 to 5,000 Haitians, with Constant's paramilitary forces playing the leading role.

The gangsters leading the current coup in Haiti include FRAPH leaders.

For the United States, Cuba has long been the primary concern in the hemisphere. A declassified 1964 State Department document declares Fidel Castro to be an intolerable threat because he "represents a successful defiance of the United States, a negation of our whole hemispheric policy of almost a century and a half," since the Monroe Doctrine declared that no challenge to U.S. dominance would be tolerated in the hemisphere.

Venezuela now presents a similar problem. A recent lead article in the Wall Street Journal says, "Fidel Castro has found a key benefactor and heir apparent to the cause of derailing the U.S.'s agenda in Latin America: Venezuelan President Hugo Chavez."

As it happens, last month, Venezuela asked the United States to extradite two former military officers who are seeking asylum in the United States. The two had taken part in a military coup supported by the Bush administration, which backed down in the face of outrage throughout the hemisphere.

The Venezuelan government, remarkably, observed a ruling of the Venezuelan supreme court barring prosecution of the coup leaders. The two officers were later implicated in a terrorist bombing, and fled to Miami.

Outrage over defiance is deeply ingrained in U.S. history. Thomas Jefferson bitterly condemned France for its "attitude of defiance" in holding New Orleans, which he coveted. Jefferson warned that France's "character (is) placed in a point of eternal friction with our character, which though loving peace and the pursuit of wealth, is high-minded."

France's "defiance (requires us to) marry ourselves to the British fleet and nation," Jefferson advised, reversing his earlier attitudes, which reflected France's crucial contribution to the liberation of the colonies from British rule.

Thanks to Haiti's liberation struggle of 1804, unaided and almost universally opposed, France's defiance soon ended. But, then as now, the guiding principles of American outrage over defiance remain in place, determining friend and foe. 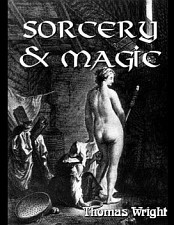