Today modern plant geneticists are performing what would have been deemed impossible -- a century ago -- by creating new, hybrid plants that have never existed before in nature. As incredible as it may seem, a new type of corn (Btcorn), actually the combination of a bacteria and normal corn is already in the fields. Why was a bacteria injected into the genes of corn? Because Bacillus thuringiensis helps the new hybrid 'planteria' fight off worms.

How is a designer plant like Btcorn created? Technicians carefully take genetic material from the bacteria, isolate specific parts of its DNA, and insert it into the DNA of corn. Then the desired transformation is achieved in a tissue culture. Technically referred to as transgenetic plants, designer vegetables involve the transfer of DNA from one organism to another. The hybridization seeks to improve the plant, at least from a human perspective.

We are already creating plantanimals. Why is it then so farfetched to envision an advanced race -- hundreds of millions of years more sophisticated than we are -- genetically engineering life on Earth? In fact, it is a plausible scenario as Sir Francis Crick showed in his book Life Itself and this author will attempt to prove in The Genesis Race series.

Most soybean plants grown in the U.S. now have been genetically altered to survive the application of powerful herbicides. Btcorn is widely grown and as shown above was engineered to produce its own organic pesticide thereby rendering the plants poisonous to earworms. Growth hormone has been isolated in bovine DNA and inserted into pigs to increase their weight rapidly and to reduce fat. Dolly, the first genetically cloned sheep, has already paved the way for other biogenetic experiments with animal cloning.

This combination 'alien garden' and Twilight Zone barnyard is not all that lurks on our hi-tech farms of today. Just beyond the perfect rows of uniformly green, identical corn plants is a patch of ground in the Mid-West enclosed by an electric fence. The small, 10-acre plot has been planted with a test crop, or rather a genetically engineered "pharmacrop", of corn that has been created to make a human enzyme. It is hoped that the new hybrid corn will produce lipase, an enzyme used in treating cystic fibrosis.

"Pharming," the practice of altering corn, tobacco, and other plans to make drugs for humans and animals, has been getting a lot attention in the biotech industry- and attracting plenty of controversy," reporter Lucinda Fleeson wrote earlier this year. The article was titled 'A Cure for the common farm?' It was published in Mother Jones in April 2003. However, bizarre and potentially risky these bio-gen farming experiments are, Genitcally Modified Foods (GMOs) and pharming are sources of controversy and bitter debate in Europe. However, they have not received the press coverage in America where their presence is much greater.

It may seem that I am writing this article to either raise awareness of GMOs, to alert you to their potential dangers, or to sing the "gee whiz" praises of our newest industry. However, none of the above is my actual intent. My concern is altogether different. I want to know exactly how we got here so quickly? I recall the days when horses were harnessed to pull ploughs and manure fertilized fields. In fact, that form of agriculture was developed in Sumer and lasted some 4500 years. What happened since the 1950s? How did we get here -- in the broadest sense from the wild grasses, the ancestors of modern cereal crops -- to these Frankenplants?

If you think that our modern geneticists and plant scientists know the answers and can point to the evidence showing how our primitive Stone Age ancestors domesticated wild plants, you are a victim of a scientific shell game. That is what you are supposed to assume. However, the history of plant domestication is fuzzy, full of 'missing links' and logical inconsistencies though the public is given the impression that the history of agriculture holds no real mysteries.

We are told in our history and anthropological textbooks that our fist civilizations were spawned on the heels of the 'agricultural revolution, which occurred in major river valleys. What the textbooks fail to tell us is that our Stone Age predecessors did not harvest and eat the seeds of wild grasses during their long sojourn through the Paleolithic era. They were hunter-gathers who subsisted on leafy greens and lean muscle meats. How come they suddenly figured out how to domesticate and turn into major food sources circa 5,000 BC?

This raises some obvious and very sticky questions concerning the period of trial and error experimentation and development that must have gone into domesticating wild wheat into bread wheat and wild corn into the domesticated variety.

Let us begin with the enigma of the modern corn plant. The humble origin of corn remains mysterious because the ancestral wild plant has never been located. It is an established, scientific fact that corn is a cultigen, a plant engineered by humans. This means that it has become so altered by humans that it cannot reproduce naturally and is entirely dependent upon man's continued cultivation. In short, it is now a manmade plant and has been for some time. Scientists have not been able to trace the lineage of corn to the ancestral wild plant. How can this be if the 'agricultural revolution' only occurred 7-8,000 years ago?

Corn is a form of wild grass, as are the majority of the other major crop plants, there is no good reason for the ancestral variety to have vanished and/or become extinct. 10,000 years may seem like a long time in human terms yet it is a very short time in terms of the evolution and life span of a plant species. There are ancient plants that have existed continuously for hundreds of millions of years.

If you believe that our ancestors domesticated crop plants, you have to start by assuming that people without any agricultural experience were brilliant enough to select and breed the best wild seed candidates to turn into major cereal crops. It is a historical fact that in spite of 5,000 years of continuous agricultural development we have not genetically bred a new major crop from a wild species. Just how ingenious were out Stone Age predecessors who performed this agronomic feat without any agricultural or genetic knowledge?

Basing the agricultural revolution on the notion that people who lacked any understanding of the scientific basis of plant breeding created seems a very shaky premise. Skepticism is warranted due to the fact that, if it actually occurred, this was the riskiest of gambles, since it represented a complete departure from the only way of life and only food sources that Stone Age people knew.

But first let's step back to an earlier point and ask how we know that 100,000 generations of Stone Age humans did not eat wild grass seeds. Our guts are still not adapted to digest uncooked grains. After all we are not birds. In addition, our Paleolithic ancestors lacked the technology to harvest, thresh, process and cook wild grass seeds. The seeds of wild species are miniscule and they are attached to the seed heads making them difficult to harvest and hardly worth the effort.

These are little known facts that raise deeper issues. Our hunter-gatherer ancestors mainly subsisted on leafy greens and lean muscle meats. If they lacked an extended experience with wild grasses how did they know which ones to select to turn into wheat, rye, corn, barely and rice? In other words these are still the principal food crops that our civilizations are based upon. After at least 5,000 years of continuous agriculture we do not seem to have improved upon the first selections of our 'scientifically ignorant' ancestors. That hardly seems logical.

This amazingly prescient selection of wild seeds seems not only more than a little surprising it looks to border on being a minor miracle. There are an estimated 195,000 flowering plants that they could have turned into food sources and primitive man chose less than .01 to base agriculture upon. This happened at a point in time when people had no concept of domesticating plants or animals, which means no experience with artificial selection.

To further appreciate the paradox that this situation imposes upon us we have to understand, domesticated crop plants are nothing like their wild ancestors. Farmers have long known this fact. The differences are so great that most of the specific ancestral locations of our cereal crops remain a mystery. We must ponder what this really means. What are the implications of our scientists not being able to trace the specific wild ancestors of modern corn, wheat, rye, barely and rice?

When we look at the problem of how our ancestors, lacking in both tools and knowledge, domesticated wild plants it is really tantamount to pondering how the Great Pyramid was conceived, designed, engineered and constructed with stone tools and primitive methods. There is something out of focus in the picture we have of the history of civilization on this planet, how and when agriculture and precision-engineered architecture were developed and by whom.

It is as if our ancestors were gathered around the campfire inside a cave and one was using his hands and fingers to tell stories by throwing shadows against the wall one minute; the next minute they are watching satellite TV and giddily channel surfing. That is how great the gaps are between the late Stone Age and the birth of agriculture and civilization.

How were these quantum leaps made and where is the evidence to support the orthodox theory that humans engineered them? The real problem with the orthodox scenario is the lack of a long incubation period during which early humans experimented with selective breeding and with constructing megalithic stone monuments. Agriculture should -- and not doubt actually does-- extend back tens of thousands of years and not the 9,000 that modern science contends. The creation of dogs from wild wolves, a true genetic engineering feat, is proof of this.

A more thorough examination of these issues, including evidence that human beings could not have domesticated wild wolves 15,000 years ago and turned them into man's best friend appears in The Genesis Race. 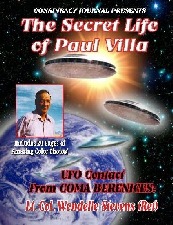