Generations of explorers, archaeologists, historians, engineers and tourists have puzzled over one the great mysteries of ancient prehistory. At its core this incredible anomaly is quite simple. How did ancient cultures move 70, 100, 200 and even 400-ton blocks of stone using primitive tools and methods? Not only move them also accurately position them to tight tolerances. The question is simple; the problem is complex.

I think we need to look at the issues with a modern perspective in the context of what our heavy equipment is capable of today to really get a grip on what kind of challenge we are discussing. Too often I read descriptions of how the Great Pyramid was built or how the ancient builders managed the megalithic stones in Peru that gloss right over the magnitude of these accomplishments.

Cutting right to the chase, a modern locomotive engine weighs 200 tons. Take that steel leviathan off the track and give a large team of men some ropes and let's see how far they can pull it or if they can lift it up at all. The average 18-wheel tractor-trailer is rated to about a 20-ton capacity. Our highways have a legal load-limit of 40 tons, anything over that has to get special permits. I have come to realize,after doing years of study of the ancient megalithic sites and modern technological capabilities, that most people that write on these topics have not done their homework.

Many archaeologists and historians either skip over these problems or they dance around the real issues and simply give some unsupported scenario of how these massive blocks of stone were transported and lifted. There is an unavoidable physical problem that engineers are very aware of and that is the density and relative compactness of stone versus the manpower needed to exert enough force to move or lift the compact, heavy mass. The two simply do not go together. Even if we scale things way down the problem does not go away.

Let's take the average 2.5-ton limestone building block that was used to construct the core of the Great Pyramid. The block would be about four-foot long three high and three feet deep. How many men can be positioned around it? I would say no more than eight. Unfortunately, eight men cannot lift up and maneuver 4,500 lbs. Pulleys and hoists were unknown in the pyramid building era. This poses a very simple and practical construction problem. It only grows worse as we raise the tonnage and the vertical lift.

How did the Egyptians lift 100-ton blocks up forty feet in the air to position them in the Sphinx temple? In addition, how did the Incas so carefully lift up and position the massive, polygonal blocks at Sacsayhauman that fit tightly together like a jigsaw puzzle without mortar?

There is an equally serious difficulty that precedes the transport and lifting of megaliths that takes place in the quarry. The only tools the ancient Egyptians had were very small copper chisels and rounded hammer-stones. The inflexible and insurmountable problem that the Great Pyramid presents is the fact that 43 blocks of granite weighing from 30 to 70 tons were quarried, lifted out of the bedrock, transported 500 miles and raised 150 vertical feet to the King's Chamber.

Several years ago Egyptologist Mark Lehner spent five hours in the Aswan quarry with a hammer-stone pounding against the granite bedrock (copper is too soft to cut granite). He was trying to prove that the ancient tools could do the job. He managed to excavate a one-foot square hole one-inch deep for his efforts. The granite blocks in the King's Chamber are 17' long and the trench that had to be dug around to them was about 8' deep. No one has ever shown how these megaliths were undercut and lifted out of the quarry. To solve the problem you have to start with these granite blocks and get them out of the bedrock and up on level ground.

This problem has not been solved and the author is certain that muscle-power alone cannot do the job. You cannot use levers to pry the blocks up since there is no way to get a wooden beam under the blocks since there is not enough clearance between their edge and the edge of the quarry wall they were dug out of.

These were relatively small blocks compared to the great obelisks that were quarried, transported and then raised up thousands of years ago, many of which still stand. They weigh from 100 to 350 tons. There isn't an archaeologist or engineer that has the slightest idea how this was done. Our largest modern day, heavy-duty cranes are rated from 100 to 300 tons. We have custom-built specialty cranes that can lift up to 500 tons. Anyone that believes manpower alone could have moved a 300-ton block using ropes and manpower is living in a fantasy world.

The fiber ropes the Egyptians had would not have the tensile strength to endure the incredible stress they would have been subjected to.

In fact, Mr. Lehner set up an experiment to see if it was possible to quarry, move and lift an obelisk weighing one-tenth of what the largest Egyptian obelisks weighed. It was filmed by NOVA and was an utter failure. The team's master stonemason could not quarry the 35-ton obelisk so a bulldozer was called in. They could not move it using the methods they claimed the ancients used so a truck was called in. These failures represent a turning a point in the long-standing debate. Lehner actually confirmed what a Japanese team, funded by Nissan had already learned in 1979, it is not possible to duplicate what the ancients did using primitive tools and methods.

Team Nissan was trying to prove something and they were very confident. The Egyptian government gave their blessings to the project, which involved building a scale model of the Great Pyramid near the complex. But they ran into one intractable nightmare after another as they tried to quarry the blocks, move and position them. They could not begin to excavate the blocks of stone they planned on using for their small scale-model of the Great Pyramid with ancient tools- they turned to jackhammers. When they tried to ferry the blocks across the river on a primitive barge, they called in a modern ferry after their barge sank. Then they loaded the blocks onto wooden sledges and discovered they quickly became bogged down in the sand. They called trucks in to move the blocks to the site. Once at the site they could not manipulate the blocks into place and found, to their ultimate embarrassment, that they could not bring the four walls together into an apex despite the deployment of helicopters.

This was a serious effort made during Japan's golden decade. It was blessed by Egyptologists and sanctioned by the Egyptian government. All true believers had confidence in the well-financed team, which they felt assured would succeed in building a 60' scale model. They were proven wrong. Every phase of the challenge was shown to be impossibly difficult using the primitive tools and methods Egyptologist's still claim the ancient Egyptians employed.

This debate has matured and moved along. Yet many people remain unaware that these theories have been subjected to real world experiments and each has failed to pass the tests. It is time for those that believe they have the solution and can prove that the ancients used primitive tools and methods to admit defeat or step up to the plate. We need to dispose of this obsolete thinking and move on to more scientific solutions! I have am offering a standing, open invitation to archaeologists, engineers or anyone with the proper bona fides to engage in a public forum debate about this topic and/or participate in a final, definite battery of tests.

Unfortunately, in recent year's orthodox Egyptologists, historians, and others in the social sciences have descended into bitter diatribes, personal attacks and long-winded pronouncements aimed at disposing of dissenters, tactics historically used by the Mediaeval Church and/or failing political regimes… 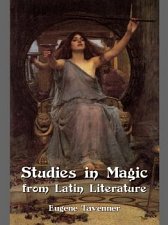