Something is Wrong with this Picture!
Great Pyramid Shocker

Everyone including Egyptologists, historians, alternative researchers and tourists agree on one thing: the Great Pyramid is awesome. The experts claim that it was constructed about 4500 years ago by the early Egyptians using primitive tools and methods to serve as a tomb for the reigning Pharaoh Khufu.

Egyptian scholar's claim that it was built in 23 years with stone hammers, cooper chisels, wooden sledges, ramps and manpower. But is this possible? Let's look at the facts and statistics first. The Great Pyramid is estimated to be composed of 2.3 million blocks of stone having a combined mass of 6 million tons. The stone blocks weigh from 1 to 70 tons and the average is about 2.5 tons.

Logic, common sense and basic math tell us that there is a serious problem with the formula and timeline presented by Egyptologists. We will assume that the builders were intent on finishing the massive project before Khufu died so they worked every day of the year for 20 years. That gives us a total of 7300 days to build the pyramid. Now we take the 2.3 million blocks that had to be quarried, transported, dressed and placed into position and divide that by 7300 and we come up 315 blocks.

So to build the pyramid in 20 years the builders had to place 315 blocks per day on average. We can further break that down into hours and minutes. Using a ten-hour workday they had to place between 31 and 32 per hour or about 2 blocks per minute. To further refine and conform the formula to the real world the experts tell us the builders only worked seasonally, about 120 days per year. So we can throw out the above average delivery rate because we have a massive "peak" delivery rate to configure.

To finish the pyramid on time working seasonally they would have had to radically increase the delivery rate to about 900 blocks per day or about one every 45 seconds. Is this possible? The truth is, none of it is possible and a careful analysis of the actual construction process using the primitive tools and methods clearly demonstrates that these scholars need to go back to the drawing board and quick.

For starters the closest quarry is about 1,000' from the site. It takes an average walker about 3 to 4 minutes to cover that distance. Now let's include the ramps. The pyramid is about 700' on each side. That means the lowest ramp would have to be at least 1000' long since it is on an incline. So if we walk from the quarry to the site and up the first ramp we have used up 7 to 8 minutes. Probably more since it is uphill.

Clearly a crew pulling a sledge bearing a 2.5-ton load is going to take longer, much longer. Conservatively we could triple the walking time and say 24 minutes. But we have to back up and add the quarrying process. How long does it take to quarry the average block of limestone? The quarry crew has to cut a trench around the blocks, then undercut the block and finally lift it out and onto a waiting sledge. Could this possibly take less than 20 minutes?

Actually, we have to account for two lifts, one from the quarry to the sledge and then off the sledge at the delivery point. It is as plain as day that the quarry-lift-transport-delivery-lift-and-place process, which is unavoidable given the tools and methods, would have taken at least 45-50 minutes per block. Anything less is physically impossible and that assertion can be easily proven.

We have added the practical physical steps and constraints into a real world formula as opposed to the abstract one that Egyptian scholars have made to fit their scenario. In addition to the average size blocks we have 30-70 ton granite megaliths and 140,000 outer casing stones weighing from 10 to 15 tons to factor in. Studies performed by Denys Stocks, the leading expert on ancient Egyptian stone working, have shown that using primitive hammer-stones required massive amounts of time to quarry large granite blocks. The Aswan quarry was 500 miles from Giza.

The casing stones also pose a significant challenge. They were cut from the Tura and Masara quarries east of Cairo across the river. These quarries produce high-grade limestone that polishes into marble as it ages. The rough-hewn blocks were probably 40 tons apiece. Engineers have marveled over how precisely these casing stones were cut and finished at right angles on all sides except the outer surface, which was honed to a 51-degree plane. There are no tool marks on the remaining casing blocks and the accuracy with which they were set into position is stunning.

How long did it take to haul these blocks from the quarry? Then they had to be finished and carefully set into place, some more than 400 feet up the pyramid. It is laughable to think this was supposed to have been done by men pulling wooden sledges or stone- masons pounding the blocks perfectly smooth with hammer-stones and then sanding them. 300 blocks per day for 20 years…more like 20 blocks per day for 300 years!

By what series of miracles did the ancient builders quarry, transport and position the huge granite slabs above the King's Chamber that are more than 150 vertical feet above the base? Egyptologists should get close to a group of computer programmers, systems analysts, mathematicians and construction engineers because their formula is not viable -- and does not matter if it includes levers, poles and spiral ramps -- it is embarrassingly flawed and illogical 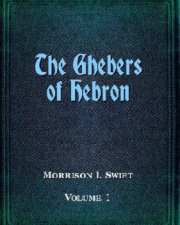