Two vehicles are waiting at a stoplight. One is a 1947 old black Dodge Pickup and the other is a brand new Toyota with Pennsylvania tags. The light turns green, but the old Texas farmer, in the pickup, in front doesn't notice it.

A woman in the Toyota behind the old farmer is watching traffic pass around them. The woman begins pounding on her steering wheel and yelling at the man to move.

The man doesn't move. The woman is going ballistic inside her car, ranting and raving at the old man, pounding on her steering wheel and dash. The light turns yellow. The woman begins to blow the car horn, flips him off, and screams curses at the man.

The old farmer, hearing the commotion, looks up, sees the yellow light and accelerates through the intersection just as the light turns red.

The woman is beside herself, screaming in frustration as she misses her chance to get through the intersection. As she is still in mid-rant she hears a tap on her window and looks up into the barrel of a gun held by a very serious looking Texas Ranger. The ranger tells her to shut off her car while keeping both hands in sight.

She complies, speechless at what is happening. After she shuts off the engine, the ranger orders her to exit her car with her hands up. She is quickly cuffed and hustled into the patrol car. She is too bewildered by the chain of events to ask any questions and is driven to the police station where she is fingerprinted, photographed, searched, booked and placed in a cell.

After a couple of hours, a policeman approaches the cell and opens the door for her. She is escorted back to the booking desk where the original officer is waiting with her personal effects. He hands her the bag containing her things, and says, "I'm really sorry for this mistake, ma'am, but you see, I pulled up behind your car while you were blowing your horn, flipping that guy off, and cussin' a blue streak.

Then I noticed the "Choose Life" license plate holder, the "What Would Jesus Do" and "Follow Me to Sunday School" bumper stickers, and the chrome plated Christian fish emblem on the trunk, so naturally I assumed you had stolen the car. 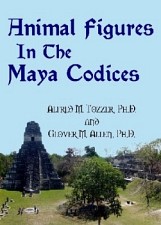