One night in Lubbock, a New York tourist dropped into a saloon late one night and, after a couple of drinks, realised the was the last person in the bar except for some guy sleeping at one of the tables.

The man called the bartender over and asked for his bill.

"Would'ya care for another drink?" asked the bartender.

"No thanks, I imagine you want to close up. Why don't you send that other fellow home?" says the New Yorker

"Well, I should, I reckon" said the bartender. Then, with Texan logic, he added, "But each time I wake him up he asks for the bill and pays it again." 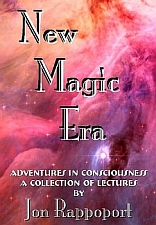