Upon her return, the sorority sisters were curious about how she had fared.

"Let me tell you," she said, "they have an indigenous bush down there called Mesquite, and when they slow-cook that brisket over that mesquite wood, wow! That beef not only melts in your mouth, the taste is beyond belief! And the men? I went to a real rodeo. Talk about athletes! These guys wrestle real, full-grown bulls like they do in Spain. Except they ride a horse at full gallop, throw a rope on these huge bulls, then jump off the horse and literally grab the bulls by the horns and throw them to the ground and tie 'em up. And that's not all! It's a race! They ALL do it and only the fastest gets prize money!"

"Virginia! Come on, tell us! You said you wanted to make love to a Texan! What happened?"

"Well," Virginia said, "I'll admit, I was tempted, but when I was at the rodeo and saw the outline of the condoms in the back pocket of those Texans' jeans, I changed my mind!" 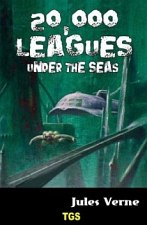