Apparently, the IRS has decided that Amway distributors are having too much fun listening to tapes, reading books, and attending the same training seminars year after year after year. In July, 2004, the United States Tax Court issued a ruling that barred 2 distributors from claiming business related tax deductions for the cost of these items.

The husband and wife distributors, Randall and Kay Ollett, have been in Amway since 1996, and have listed thousands of dollars in Amway-related business expenses on their tax returns each and every year, even though they have never showed one dime of profit.

The Tax Court has evidently decided that partying with the Amway crowd is no longer going to be funded at the tax payers expense, because when it was asked to determine whether the Olletts engaged in their Amway activity with the intent of making a profit in 1999 and 2000, it concluded that the Olletts did not have an actual and honest objective of making a profit from their distributorship, and therefore, could not deduct Amway-related expenses on their Federal Tax Return.

The Olletts began to operate a distributorship under the name of Ollett Enterprises in 1996. They were recruited into Amway by upline sponsors, David and Carole Marzke. However, both couples were ultimately members of a larger distributor network established by Bill Florence, known as the Florence organization.

In addition to being Amway distributors, the Olletts remained employed in their regular jobs, with a combined income of $96,389 in 1999 and $98,949 in 2000. Until the court determined otherwise in 2004, they had been able to use their losses from Amway to offset the income they earned from their regular employment.

Olletts Become Their Own Best Customers

Like just about every other distributor in Amway, the Olletts focused most of their efforts on building their downline rather than developing a customer base and selling products. They testified that they spent 15 to 20 hours a week “prospecting, contacting, and showing the plan, and attending local meetings."

After 3 or 4 years, the Olletts still only had 5 distributors in their downline. Yet in the words of a true Amway diehard, they testified that they believed the key to success was “to meet [people] * * * and get them into this business” and that “the profit comes when you have enough people, when you’ve registered enough people."

As for selling efforts, Kay claimed she regularly spoke to prospects about ordering products. But when it came time to get honest about actual sales, she had to admit that 70-75% of the sales were for products they themselves purchased for their own use.

The Olletts became their own best customers. They purchased every kind of product imaginable, including soap, shampoo, deodorant, dish-washing liquid, detergent, facial products and a water treatment system. They even ordered food items such as health food bars and energy drinks, and clothing such as men’s socks, slacks, and sport shirts.

For 1999 and 2000, the Olletts claimed $15,122 in tax deductions for travel expenses to attend training seminars hosted by the Florence organization. They claimed that they attended the functions in order to learn how to build a successful distributor network.

They testified that by 1999 they had decided they were going to spend “whatever it took to go to those meetings." And they meant it, because in 1999, they listed a deduction of $6000 for a Cadillac to drive to functions because Kay didn't like to fly. They also claimed travel expenses for hotels, meals, and the cost of tickets for the events.

In 1999, they listed expenses for seminars like: Dream Weekend in Birmingham, AL; Florence Spring Leadership Conference in Chattanooga, TN; Weekend of the Diamonds in Charlotte, NC; Florence Family Reunion in Tampa City, FL; a training on cosmetics sponsored by Florence Enterprises in Columbia, SC; a free enterprise celebration in St Louis, MO; and Florence Fall Leadership conference in Knoxville, TN.

In addition, the Olletts listed travel expenses for trips allegedly made to “show the plan” to prospective recruits, even though they enlisted no recruits during any of the trips.

They continued their business-related travel in 2000 and attended training seminars in Atlanta, GA; Knoxville, TN; Greensboro, NC; a Renaissance hotel at an unspecified location; Columbia, SC; and a seminar in Atlanta, GA a second time.

The Olletts continued to travel all over the country to attend the training seminars long after it became evident that the training had not improved their ability to sell products or recruit their own network of distributors. The court noted that losses incurred in the initial stages of a business may be expected, but losses that continue without explanation beyond that period typically indicate a lack of a profit objective.

The court wanted to know why the trips were always to events where the Olletts met up with the same people year after year, and why they still found it necessary to attend so many training seminars during their third and fourth years in Amway. It decided the answer was that the Olletts were enjoying the social aspects of the trips, and using Amway as a device to deduct personal expenses as business expenses.

For instance, the court noted that on two occasions, the Olletts drove to Champaign, Ill, where their daughter attended college and tried to claim the trips as a business expense: Randall testified: “The fact that I was going to use my business car to transport [personal] effects down there meant I made sure that I would have somebody to show the plan to."

They again tried to claim a deduction in 1999, for a trip they took to Chattanooga, TN, where their parents lived. Randall testified that the expense was justified: “Because I used my business car, I made sure that I prospected and tried to--made contacts with people in Chattanooga." The court didn't buy it.

In 1999 and 2000, the Olletts also listed a $4,081 deduction for books, tapes, and other materials. They claimed these items were part of Amway’s training program and that they were instructed to purchase them by their upline.

The Olletts offered no indication of how long they expected the IRS to allow them to claim tax deductions for a business that was clearly never going to turn a profit. When the court asked Randall how he intended to turn their losses into profits, his response was basically keep on truckin: “The only way I can solve it is to talk to more people. And there, in essence, is the challenge that I have, which is finding those people," he said.

What Constitutes A Legitimate Business-Related Expense?

Under rules in the Federal Tax Code, Section 162 provides that a taxpayer who is carrying on a trade or business may deduct ordinary and necessary expenses incurred in connection with the operation of the business. The Olletts had the burden of proving entitlement to a business expense deduction. The deductibility of their Amway expenses depended on whether their activity was engaged in for profit.

After considering these factors, the court determined that the Olletts did not have an actual and honest objective of making a profit, in part because: (1) they did not have any sales experience prior to becoming distributors and yet they relied solely on their upline for advice and training; (2) they did not seek independent business advice at the beginning of their venture to assess its potential for success; and (3) they did not seek advice on turning around years of operating losses.

Pay The Tab -- The Party's Over

In its final ruling, the court determined that the Olletts "repeatedly used their Amway activity as an attempt to mask obviously personal expenses as deductible business expenses. In effect they attempted to live a deductible lifestyle. The conferences at times of the year associated with vacation and recreation are consistent with this same mindset."

Because of the manner in which the Olletts carried on their Amway activity, the lack of revenue, and the size and persistence of the continuing losses, the court ruled that their activity was not carried on for profit, and therefore, they could not deduct their losses from that activity from income earned through their regular employment

This ruling may turn out to be a blessing in disguise for the millions of distributors who only survive in Amway because they can deduct their Amway losses (aka expenses) from the income earned in their real jobs. If the IRS bars these deductions once and for all, the victims of Amway will be forced to face fact that they will never make a dime off this pyramid scheme. 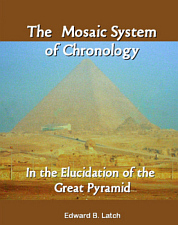