Secrets of the Knights Templar
Baphomet

I was paging through the The Sacred Fire: The Story of Sex in Religion and came across an illustration entitled: "Idol" of Knights Templar, showing semitic influences (p 177). There is no reference in the text to the picture and no source given for the illustration. However, if its a genuine drawing from the time of the Inquisition's investigations into the Templars, it could very well be the source for Eliphas Levi's goat headed, hermaphroditic version of Baphomet, the mysterious demon the Inquisition accused the Templars of worshipping..

Let me first describe the Templar imagery and then give my reasons for connecting it to Levi's Baphomet.

Crescent moon with face in top left corner, sun with face in top right corner. Roundish vase with penis inserted in top, balls showing, in bottom left corner. Same vase with baby emerging, bottom right corner. Bird with outstretched wings in the center of the image. Naked human figure with small wings sitting on top of the bird, its genitals obscured by the bird's head. The human figure has the head of what looks like a sheep to me -- no horns at all. The bottom half is divided into two boxes:

right hand box -- A woman with upraised arms, her open robe showing her breasts and a shaved pubic area. On her head is a crown with three rectangular segments. Between her feet is a skull. To the left are six small stars and a large five-pointed star.

To the right are six small stars and a large six-pointed star. In each hand she holds what looks like a stiff chain running down the length of her body and angled slightly inward. At the end of each chain is a small crescent shape. left hand box -- Another woman with open robe, upraised arms, three segmented crown, and stiff chains in her hands, angled inwards. No stars or skull.

The Templar Revelation (p 146) cites the fact that Levi in his History of Magic says that the Templars were created by a gnostic Johannite sect that preserved esoteric secrets and had designs on temporal power. Further, Levi says that before his execution Jacques de Molay, the last of the official Templar Grandmasters, 'organized and instituted Occult Masonry.'

In other words, Levi thought he knew what was going on with the Templars. This gave him license to smush the above imagery together according to his own understanding.

For the sheep's head he substituted a goat's head, since the imagery of the top half obviously has a sexual generation theme to it. The wings became bat wings, because this is supposed to be a demon. He then moved up elements from the lower half: The five-pointed star is placed on the goat's head. The exposed breasts are placed on the naked body of indeterminate sex. The obscured genitals are replaced with the caduceus, which derives from the interweaving of the links in the chain-like instruments held by the open-robed women. Later on, chains are added to the Tarot card of the Devil, based on what look like chains in this original imagery.

So Levi's iconography says something like Sexuality enslaves men and women but it can be transmuted into a healing force by a proper interweaving of male and female elements. I don't know whether he was referring to an inner alchemy or to physical, ritual sex. But what does the Templar imagery actually stand for?

Given the crown and the stars, I suspected that the the open robed women were images of the Queen of Heaven, obviously not the Virgin Mary, but an earlier incarnation, perhaps Isis. I had the intuition that the key to understanding was the instrument of interwoven links that she carried in her hands. These were obviously not chains, since they didn't fall like chains, they were stiff and angled inward. But what were they? They looked vaguely Egyptian to me. I thumbed through a book on Egyptian Mythology, but didn't find any hieroglyph or sculpture that fit the image.

The answer came while I was again thumbing through The Sacred Fire. On page 44 there is an illustration entitled, 'From an old Egyptian urn'. On the right it shows a man with a club fighting a lioness. On the left it shows a kneeling man worshipping a cartouche-like oval. Within the oval is a penis and rising above it is an interwoven chain-like object. Outside the oval is another interwoven chain-like object with three sinuous links. The Templar images show objects with eleven and twelve links, but the similarities between the Egyptian and Templar objects are clear.

So, if B. Z. Goldberg, the author of the Sacred Fire, is not doodling away out of his own imagination, it looks very much as if the Templars were secretly into worshiping a naked Queen of Heaven figure with Egyptian roots. And that this worship had something to do with sexual sublimation, an appropriate practice for a band of celibate warrior monks.

In keeping with the Egyptian theme I wondered if the sheep-headed figure was the ba, the soul, the source of life-desiring sexual energy, since sheep's say bah. Similarly birds say kah, so the bird that carries the naked sheep-headed figure on its back might be the ka. Birds get a panoramic overview when they fly and have very sharp eyesight, hence they are symbols of consciousness and discrimination.

Could the upper image be the fusion of the ba and the ka, sexuality now winged being carried aloft by discriminating consciousness? The body is naked but we can no longer tell its sex. The head of the bird replaces its genitals. 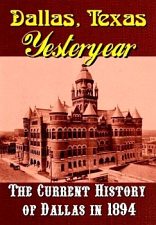