BUSH VIDEOTAPED COLLECTING COCAINE:
THE PROVEN STORY CNN IS YET TO AIR

In the July 28 issue of From The Wilderness I reported on recent statements made in Los Angeles by author Terry Reed concerning his participation in a 1985 DEA drug sting with legendary drug smuggler Barry Seal. In that DEA operation, set up after receiving information from an FBI informant placed close to the highest levels of the Medellin cartel, George W. and Jeb Bush were videotaped at Tamiami airport outside of Miami.

They arrived on the Bush family King Air from Texas, presumably piloted by George W., to pick up two kilos of cocaine which was delivered for the Bush's by Seal, after flying from the Intermountain Regional airport located at Mena, Arkansas. Reed was the unwitting co-pilot. At the time the sting was arranged, the "buyers" of the cocaine were unknown.

As indicated in Reed's best selling 1995 book Compromised, both Barry Seal and the Medellin Cartel believed that they had a blackmail lock on the Bush family, especially the sons.

Coincidentally, Carlos Lehder was released from prison in 1996 in a move which I personally suspect was connected to the leaking of critical information regarding CIA cocaine operations connected to the elder Bush during the Contra era. Key information, which sparked the San Jose Mercury News Dark Alliance stories by Pulitzer Prize winner (and now very vindicated) Gary Webb, was provided to Webb by Coral Marie Baca. Baca is the wife of Carlos Lehder and now resides with him in the Bahamas where she recently delivered a son to the cartel founder who is reportedly "back in business," according to several sources.

Coincidentally, the sentence of Medellin ally Manuel Noriega has also been recently reduced, and sources indicate he may be out of prison before Bill Clinton leaves office.

At the time he made his public statements, Reed indicated that he had both the tail number of the Bush Aircraft and the DEA (NADDIS) file number of the investigation at his home in Missouri. He also said, as I well know from LAPD experience, that once the tape had been logged in and a number issued, it could easily disappear from law enforcement records.

Reed is currently in Los Angeles working on a feature film project based upon Compromised.

What made Reed's story so compelling to me was that he and I both shared the long-term friendship of retired Army CID investigator Bill McCoy. McCoy had been almost a ubiquitous feature in some of the greatest CIA intelligence related investigations of the last fifteen years including the Cristic Institute case, the theft of PROMIS software from Washington, DC's INSLAW corporation, the murder of investigative journalist Danny Casolaro, Mena Airport and several others.

I visited the home of Bill McCoy in Fairfax, Virginia on many occasions and I recall him describing to me in 1995 how he too had spoken with the FBI agent/informant in the case, Darlene "N". McCoy told me that he had spoken to Darlene several times and that she had advised him of videotaped evidence which would sink the Bush's if either one of them (Jeb or George W.) attempted to run for the White House.

I am aware of the full name of this informant who, to my understanding, was not present in Florida when the incident occurred. I have reached out through a mutual friend to her but am not releasing her full name until I hear from her. Bill McCoy died, under what I consider to be very suspicious circumstances, nearly two years ago. I miss him.

News stories in the major media concerning possible drug use by Presidential front-runner George W. Bush began surfacing this week after the Bush juggernaut bulldozed the field in Iowa. My story on the DEA operation was mailed to my paying subscribers approximately two weeks earlier.

Yesterday, at approximately, 0830 EDT I was a guest of Joe Maddison on WOL, a major Washington, D.C. station and we discussed my Bush story. Apparently reaction was swift for both Joe and From The wilderness. I had over 200 sessions on the FTW web site (www.copvcia.com) yesterday from the Washington area and about half of them were from inside government agencies including Justice, NASA, the EPA, the Senate and the House.

Joe told me today that he had received calls from CNN and other major media outlets asking for further information on my interview yesterday. What Joe told them was that I will be on WOL (1450 AM) tomorrow morning at 8:00 EDT to describe what the majors "should" do if they really want this story. It's not difficult.

George W. needs to put this story to rest quickly or it will kill him. Joe Maddison and I figure that he has about 48 hours to do it.

From The Wilderness has had some bragging rights before, but I think we do have a small claim to saying the damn tape exists, and if the media wants it badly enough, they can damn well get it and we should damn well see it. You heard it here first.

source:
http://www.nitronews.com/
Nitro News - America's Daily Net Newspaper
This Special does not necessarily reflect the views of the Editor and staff. Copyright 1999, Michael C. Ruppert and From The Wilderness Publications. All Rights Reserved.

Related Stories and Research Material:
Michael C. Ruppert is a former LAPD narcotics investigator. His newsletter From The Wilderness is published monthly. 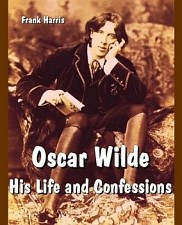