"There is much more mischief making behind the scenes of the recent revelations about Pakistan's president General Pervez Musharraf, who has pardoned his nuclear weapons chief Dr. Abdul Khan after a televised mea culpa about selling embargoed US technology," writes Martin, author of the ground-breaking expose of Bush Family Crime called "The Conspirators: Secrets of an Iran Contra Insider."

"The Reagan-Bush Regime began selling nuclear technology to Pakistan because the Soviet Union, at the time, had provided similar technology to allow India to nuclearize. Even though this was done with the understanding that they could not resell the technology, Pakistan immediately began to set up off-shore shells, principally in southeast Asia, Malaysia and Indonesia to manufacture, based on US technology it had bought, thermo-nuclear components, in partnership with US defense contractors, acting surreptitiously through offshore shells, principally in Hong Kong.

Besides profiteering for the Bush Cabal, the Bush-Cheney Regime has a hidden agenda in illegally selling nuclear wepsons technology to so-called "terrorist" states.

Martin writes that "Kay alluded to this (but didn't come right out and say it) that this is a huge potential scandal - how the Reagan- Bush Regime and the subsequent Bush Cheney regime illegally sold this technology to Pakistan and in fact encouraged Pakistan to illegally sell this technology to embargoed nations, to wit Iran, Libya and North Korea (so-called terrorist states). Why? So that offshore shells set up through the Pakistanis in conjunction with pro-Bush faction-controlled US defense contractors would make enormous sums of money - and from those sums of money, enormous donations to the Republican National Committee and more importantly to offshore accounts of Republican interest groups.

Martin writes "The second agenda that was served is that it allowed both the Reagan-Bush and Bush-Cheney Regimes to claim that Iran, Libya, and North Korea were not only 'terrorist states' but were accumulating thermo-nuclear weapons, thus giving the US the potential pretext for increasing military hostility toward those countries with a possible eye to invading them, when it became politically expedient to do so, in order to provide yet another distraction from Bushonomics for the American people.

Martin asks, "When will they ever learn? Every 'terrorist group' on this planet should remember George Bush Sr.'s words -- 'I don't mind the terrorists - as long as they're OUR terrorists.'"

* AL MARTIN is a political-economic analyst as well as America's foremost expert on corporate and government fraud. His memoir, "The Conspirators: Secrets of an Iran Contra Insider," chronicles his adventures with the Bush Cabal (HiddenMysteries 903-876-3256). Unprecedented in publishing history, this book is a detailed account of criminal government operations, including state-sanctioned fraud, drug trafficking and illicit weapons sales. 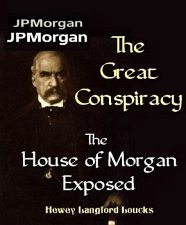