Rwanda:
The True Forces Behind Genocide in Africa

Rwanda: The True Forces Behind Genocide in Africa by Mosalagae Ditshego

Is the genocide that is taking place in Rwanda the result of "tribalism" between Bahutu and Batutsi, as the white-owned media claims? Is it as simple as that, "tribal war?"

Let us get to the bottom of the Rwandan story. In 1938, the Western powers wanted to settle European Jews in the middle section of Africa— around Uganda, Rwanda, Burundi, Kenya and Tanzania—but failed due to fierce opposition from Marcus Garvey. Tony Martin mentions this in his book, "Race First."

According to research by Black American industrial engineer and independent researcher, Zears Miles, the middle section of Africa was designated as the "Fourth World" by the IMF and its sister institution, the World Bank. The intent was to kill millions of people whom the international bankers had decided constituted "excess population" and "useless eaters," through the simple expedients of starvation and disease (AIDS).

In "Behold A Pale Horse," by William Cooper (p.456) and "En Route To Global Occupation" by Gary H. Kah (p.42). South Africa, Australia and New Zealand are also designated the "Fourth World" by the Club of Rome, which is closely associated with of the Bilderberg Group. (The Bilderberg Group consists of about 100 NATO countries). The IMF and World Bank are controlled by the same people who control the U. S. Federal Reserve. The same people, according to Canadian activist, Glen Kealey, also control the Bank of Canada.

The Club of Rome and the Bilderberg Group are the ones who are planning genocide and carrying it out through famine, starvation, wars, and inoculation of disease. In Chapter 9, William Cooper goes further and discusses in detail the genocidal methods these elite organizations use.

It has also been reported that thousands and thousands of Rwandan people have been displaced and are now living in refugee camps in Tanzania.

One hopes this displacement is not meant to settle European Jews in the middle section of Africa as people in "high places" had decided 56 years ago. In "The New World Order and The Throne of the Antichrist" it is pointed out how many thousands of Palestinians were systematically terrorized by the Zionists and eventually displaced from their ancestral homeland. The plan of this massive genocide and displacement of the Palestinians is discussed in the "Complete Diaries of Theodor Herzl," the founder of the Zionist Movement. This cruelly was paid for by the Roths-childs, the same crowd that is mentioned as one of those who are funding the African National Congress.

These are the same people who arc funding the genocide in Rwanda for their own selfish and demonic ends. What is interesting is that these same people now turn around and write and broadcast in the media, which they control worldwide, that the genocide that is taking place in Rwanda is "tribalism between the Hutu and the Tutsi." Well, the Hutu and the Tutsi say the war in Rwanda has got nothing to do with them. This is what they told other Africans in the United States.

They say the war in Rwanda is political; it is between Belgium and France. They are either fighting for the turf or are deliberately arming the two sides to create instability so they can go on exploiting the region's resources. The western countries' industries and economics are based on raw materials from Africa. For instance, Belgium exports heavy machinery but there is not even a single mine in Belgium. Where do they get raw materials to manufacture the heavy machinery they are exporting? From Africa. Jesse Helms wrote in 1978 that the United States industry would halt without South African minerals. Zbigniew Brzezinski's 1978 National Security Council Memorandum (NSCM-46) also mentions U.S. dependence on African mineral wealth and also calls on the FBI and CIA to make sure that "radical" African Nationalist Movements do not get together with Black Nationalist Movements in the United States of America.

According to a transcript of Network 23 Program in Los Angeles, Henry Kissinger's National Security Memorandum 200 ("NSM 200") which was quietly declassified in 1990 says among other things that: "The U.S. economy will require large and increasing amounts of minerals from abroad, especially from less-developed countries. That fact gives the U.S. enhanced interests in the political, economic and social stability of the supplying countries. Wherever a lessening of population can increase the prospects for such stability, population policy becomes relevant to resources, supplies and to the "economic interests of the United States." Of course, we know that the "economic interests of the United States" means the interest of U.S. corporations and Multinationals. NSM 200 is available at the U.S. National Archives.[and here at www.hiddenmysteries.org -National Security Study Memorandum 200 - Report for Global Control

There is no doubt that what is happening in Angola, Rwanda, and southern Sudan and what happened in Ethiopia and Somalia is in keeping with the policies described in the preceding paragraphs. There is also the cruel lie making rounds in the white-owned media that Africa is poor and overpopulated. Let us get some facts straight here. Who is fooling who?

Dr. Cheikh Anta Diop demonstrated in his "Black Africa" that Africa is the richest continent in the world. Zears Miles has also established this fact. Compared to Africa, Europe is like an empty cupboard. Edem Kodjo provided these statistics: Africa's death rate is 20.8 per 1,000; Latin America 10.6 per 1,000; Europe and North America 9 per 1,000; Asia 17 per 1,000.

Africa's population constitutes 10 percent of the world's population. She occupies the fourth place behind Asia with 59 percent; Europe with 16 percent and America with 14 percent. It is clear that Europe is more overpopulated than Africa and America.

Africa needs to be repopulated. Africans and people of African descent all over the world should be prepared to fight and shed blood like the Somalis did to defend the African continent, its people and resources.

What are the implications of the lessening of population in Africa and what is the intention of the Global 2000 Report? The destruction of Africa's population destroys Africa's economic base. The intention of the Global 2000 Report is to reduce the African population thereby reducing the potential consumer base which is the key ingredient of economic growth. If Africa does not have its large and sustainable population and a big population growth rate, that will stultify the efforts of evolving our own continental integrated economic system devoid of the manipulations and false evaluations that have been characteristic of our relationship with Europeans and Euro-Americans.

Look at China today. It is the fastest growing economy because of its population of 2 billion people. It is an emerging economic and military power and does not take silly orders from white Americans and Europeans.

Africa should also have its own specific political personality. She must be an end in herself. She shouldn't be lowed as a vessel by any other state, government or bloc and entertain relations with all other countries on a perfectly equal-footing, as Dr. Cheikh Anta Diop correctly pointed out.

(Mr Dishego is a South African native
who writes from Victoria, Canada) 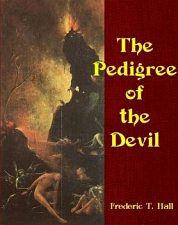