FIRST EVER VIDEO FROM INSIDE THE NORTHERN CALIFORNIAN GLOBALIST RETREAT OBTAINED! LEADERS FROM POLITICS, BIG BUSINESS, ACADEMIA AND THE ARTS CAPTURED ON TAPE WORSHIPPING A 50-FOOT HORNED OWL AND ENGAGING IN MOCK HUMAN SACRIFICE.

Radio Talk Show Host and Documentary Filmmaker Alex Jones infiltrated the cult on one of their highest holy days to witness the infamous "Cremation of Care." On July 15, 2000, Jones, carefully disguised as a "Grover" spent four hours inside the elite cult compound. Armed with two hidden digital video cameras, he observed and documented bizarre public urination, hand raising worship a giant stone horned owl deity. He gained shocking footage, including the simulated act of human sacrifice on the idol's fiery altar conducted by dozens of robe clad "priests" with hoods the color and shape identical to Klu Klux Klan regalia.

CBS, People and Spy Magazine have all tried to infiltrate Bohemian Grove. This is the first time video and audio of the infamous ceremony have made it out of the Bohemian Grove elite all-male 121 year old camp.

Photos captured from the digital video are available on Alex Jones' web site www.infowars.com. Jones has made several copies of the video, one of which has been transferred to Channel Four national British television for safekeeping. Jones transferred copies to Channel Four on site in California, because Channel Four was covering Jones' infiltration of the camp.

Jones shot the video and owns the video.

It has incredible implications on the 2000 election, due to the fact that the Bush family have been long time members of this bizarre organization.

What happens when the mainstream of America finds out that the so-called family values Republican leadership is the driving force behind this medieval enclave? Other power figures known to have attended the Grove include:

Jones plans to release a full-length video of his adventure in the near future. Well known for his documentation of America's transformation into a Police State in his acclaimed videos Police State 2000, Police State II: The Takeover, and America Destroyed by Design, Jones says the footage obtained at Bohemian Grove goes to the heart of what is wrong with our country today.

Says Jones, "Anyone who looks at the photos on our web site www.infowars.com needs to be conscious and think about the character of many of the people who are leading this country and attend the Grove each year. On our site we have the promotional program handed out to participants at the grove that clearly shows a human skeleton burning on the altar. This is some sick stuff." 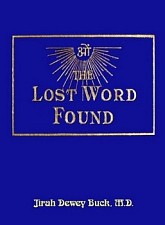