" It is claimed that police inadequately investigated pedophile activity in which police were allegedly implicated, and that a video implicating police, in the possession of a detective, was lost."

Victoria's Ombudsman is investigating the alleged mishandling of police inquiries into child sexual abuse, including claims of corrupt police behaviour.

One of seven specific allegations under investigation relates to a 1992-1993 police inquiry.

It is claimed that police inadequately investigated pedophile activity in which police were allegedly implicated, and that a video implicating police, in the possession of a detective, was lost.

But the Ombudsman's internal investigation, which has been running for two years, has itself been plagued by problems.

These include delays and the need to remove one police Ethical Standards Department investigator after he failed to pass on crucial information from two witnesses who alleged possible police involvement in an organised pedophile and child pornography ring.

The claims against police were referred to the Ombudsman by Chief Commissioner Christine Nixon in early 2002. A formal investigation started in June that year.

Victorian police are conducting a parallel criminal investigation into connected allegations of organised pedophilia and child pornography and links to the entertainment industry.

The Ombudsman is looking at three previous police investigations of alleged child sexual abuse, one at a Mornington child care centre in 1992, a second involving students at a school in a central Victorian town in 1999, and a third into Gregory John Stevens, a former scriptwriter for the TV series Neighbours, who pleaded guilty in the County Court in 1997 to sexual acts with a 14-year-old boy.

Police did not lay charges in the Mornington or country school cases.

One involved allegations that two men in the country town were sexually abusing schoolchildren. In the Mornington case, a Department of Human Services inquiry concluded that the child care centre owners, who denied any wrongdoing, had allowed and possibly participated in the sexual abuse of children in their care.

The Ombudsman's investigation also includes alleged mishandling by police and the Education Department of claims of physical and sexual abuse of students by a teacher at two schools, including one in the same country town where schoolchildren were reportedly abused by two locals.

Documents relating to the Ombudsman's investigations seen by The Age show:

* The Ombudsman removed an ESD officer from the investigation for "incompetence" in May 2003 after the officer failed to pass on information from two witnesses.

One witness claimed that a house used by pedophiles in Mornington possibly belonged to a policeman. The other claimed that a video tape existed showing people dressed as police abusing children.

The investigator said he could not recall having such a conversation about a tape with the witness, but a check of telephone records by the Ombudsman's office showed he did have such a discussion.

* The name of a prominent Melbourne businessman not connected with the allegations was inexplicably added by an investigator to notes on the ase file in the Ombudsman's office in November 2002.

* Confidential information on alleged police misconduct supplied to Crime Stoppers in 2000 on the basis it would be given only to ESD was passed instead to the police against whom the allegations had been made.

* An ESD detective appointed to an initial investigation of the allegations in early 2002 had to be removed soon after when it was revealed that he was friendly with other police at the centre of the internal inquiry.

The ESD investigation was then referred by the Chief Commissioner to the Ombudsman.

Concerns about the way previous police sex abuse investigations had been conducted were first raised with Mrs Nixon at a meeting in December 2001 with psychologist Dr Reina Michaelson, of the Child Sexual Abuse Prevention Program, which runs awareness programs in Victorian schools.

The meeting was arranged after Dr Michaelson reported to police that a file she had compiled on child sexual abuse cases, including allegations of police misconduct or corruption, was the only thing stolen during a break-in at her home a few weeks earlier.

The founder of the Queensland-based child abuse advocacy group Bravehearts, Ms Hetty Johnston, has become involved. She travelled to Victoria last month to meet people who claim they were the victims of organised pedophile networks and child pornography rings involving corrupt police.

"I believe they were genuine in their allegations," she said. "But they are terrified. The only process that the victims will have any faith in at this stage appears to be a royal commission.

Senior Assistant Ombudsman Robert Seamer, who is overseeing the investigation, said he hoped it would be finished "fairly soon".

Victoria Police did not respond to questions put by The Age.

As well as the break-in report, they are looking into an alleged threat made by a TV network executive against one of Dr Michaelson's relatives in August 2000.

Since Dr Michaelson's original meeting with Police Commissioner Christine Nixon, two other people have become involved in the pedophile matter.

They are the founder of the Queensland-based child abuse advocacy group Bravehearts, Hetty Johnston, and Gail McHardy, the president of Parents Victoria, the peak body representing the parents of children at government schools, have become directly involved in the issue.

Ms Johnston, Ms McHardy and Dr Michaelson met the Assistant Commissioner for Crime, Simon Overland, last August to raise concerns about the slow progress and conduct of the investigation.

The three have now told The Age they have lost confidence in the integrity of the current Ombudsman and police investigations and want an independent inquiry into the allegations.

Senior Assistant Ombudsman Robert Seamer today confirmed the investigation was being conducted by his office but would not reveal details.

``I'm not really in a position to clarify what it is about,'' he said. Mr Seamer said a variety of problems had delayed the investigation. ``It has taken longer than I would have hoped,'' he said.

According to a report in Melbourne's Age newspaper today, one of the seven allegations under investigation relates to a police inquiry more than ten years ago. It was claimed police inadequately investigated paedophile activity in which police were allegedly implicated and that a video implicating police in the possession of a detective was lost, the report said.

The Department of Human Services refused to mount its own investigation into allegations of sexual abuse of schoolchildren in a Victorian country town after details were provided through the mandatory reporting system.

The decision was made following advice from police, whose alleged mishandling of the investigation is now part of a Victorian Ombudsman's inquiry.

The former student welfare co-ordinator at the school, which cannot be identified for legal reasons, told The Age that the police investigation was "incompetent" and the children had been treated by police in an "appalling" manner.

A detective claimed a jury would not be convinced a boy had been abused because "similar behaviour of males attempting to touch other men's penises happens in football rooms after the game", said the co-ordinator, who took detailed notes. The Age revealed yesterday that the case is part of an Ombudsman's investigation into alleged police mishandling of a number of child sex abuse cases and possible corrupt police behaviour.

The Law Institute of Victoria renewed its call for an independent review of Victoria's police complaints system and, if necessary, the creation of a powerful anti-corruption commission similar to bodies in NSW and Queensland.

The Queensland-based child advocacy group Bravehearts announced it was setting up a Victorian branch to help victims of sexual crimes.

Mandatory notifications of alleged abuse at the school were made by teachers to the Department of Human Services in December 1999. In January 2000 the school's principal and the student welfare co-ordinator wrote to the then minister for community services, Christine Campbell, expressing concern that "no child protection investigation ever took place".

The student welfare co-ordinator, who sat in on police interviews with the alleged victims, said police handling of the investigation was "appalling".

The co-ordinator said two of the children later made detailed statements at the local police station, but even these did not lead to charges being laid. 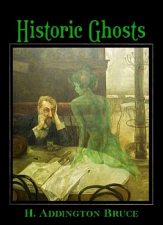