Dave Kopel is an adjunct professor at New York University Law School and an associate policy analyst at the Cato Institute.

As the House is poised to vote on a major crime bill, the media can be expected once again to focus only on the bill's gun control provisions. Unfortunately, by ignoring the other provisions, a wide variety of dangerous measures may sneak past public scrutiny.

That is just what happened with the recently passed Senate "juvenile crime bill," S. 254. The bill is laden with provisions to expand forfeiture, increase wiretapping without warrant, promote drug testing and immunize police who commit violent crimes from criminal punishment. When senators are presented with a 648-page-long bill, few bother to read it. Thus, many senators who voted for S. 254 may have been unaware that the bill contains a sweeping new forfeiture provision that allows U.S. attorneys to base forfeiture on violations of state law -- even misdemeanors.

Currently, there is a special federal forfeiture statute that applies to the transfer of military information to a foreign government and any federal crime in which a person is physically harmed, such as rape or assault. It states that if a convicted criminal makes money from selling their story of the crime, any profits from the sale may be forfeited.

S. 254 significantly expands that statute to include any felony, including state felonies, and any state misdemeanor involving physical harm. Instead of just applying to profits from the sale of a criminal's story, the statute as revised by S. 254 would allow forfeiture of any enhanced value, in any property owned by the criminal, that resulted from the crime. But the measure ignores the constitutional fact that forfeitures for state law violations ought to be determined by state legislatures and carried out by state and local prosecutors, not by the federal government.

Also buried deep within S. 254 is language that for the first time allows the police to intercept the content of electronic communications -- the contents of pager messages -- without a warrant. Those messages can reveal information about a person's travel schedule, private life and current location. The bill's "cloned pager" language is the latest expansion of wiretap authority to be buried in a large, complex bill where the public, which is generally skeptical about wiretapping, is not likely to notice. "Public safety" seems to demand that the public be protected from any opportunity to debate whether the federal government needs more power to peek in on the public without a search warrant.

Another section of S. 254 includes provisions to encourage suspicionless drug testing for students -- even though Littleton murderers Eric Harris and Dylan Klebold, whose rampage was the pretext for rushing the legislation through Congress, were both "drug free" according to their autopsies.

Although they ignored the wiretap and drug testing provisions of S. 254, the media did glance at the bill's body armor provisions, but the media didn't report the provision's details, which turn a reasonable concept into a very unreasonable law.

S. 254 requires at least a two-sentencing-level increase for any crime in which the defendant uses body armor. Such an increase can add as much as 36 months to a defendant's sentence. There is no requirement that the defendant's "use" be in conjunction with a violent crime or for any type of offensive purpose. The enhancement would apply to a liquor store owner who cheats on his taxes while wearing body armor for protection from robbers.

So if the police arrest a gun store owner for improper paperwork and the owner is wearing body armor at the time of his arrest, he may spend an additional three years in prison. But if the arresting officers, who are also wearing body armor, rape the arrestee with a toilet plunger, they are specifically exempt from additional punishment.

If representatives don't even know what is in a bill they're voting for, they are not really representatives. If Congress is serious about "law and order," it ought to take the time to read the laws it is considering before calling a final vote.

This article appeared in the Washington Times 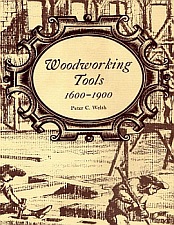