Sixty days past (as this is written) the US/NATO undeclared war of aggression on the Yugoslav people and state. Nineteen Governments of 19 states people by something more than 750 millions had assembled an air armada with striking forces unequaled in all of history, began the on-going "terror bombing" campaign on the less than thirteen millions living in the sovereign state of Yugoslavia. Without pause or respite a minimum of 5,000 sorties have swooped down with their death and destruction on the defenseless Yugoslavs. Cities and countryside alike have been decimated, hospitals, foreign embassies, schools, bridges, cultural treasures, Serbian homes and state infrastructures reduced to rubble and a probable tens of thousands killed, maimed, crippled, and absolutely without "discrimination."

This, say the heads of state, the spin-doctors and immaculately dressed and beribboned generals by way of a coordinated "explanation" for "humanitarian" purposes and to uphold the 18th century "theory" of Interventionist "war-aims" (that is now peddled as "humanitarian intervention") at any and all times in the internal affairs of any other nations by whatever violent war measures are deemed necessary to effect complete "unconditional surrender."

When this is repeated often enough as "the big lie" people are supposed to believe it and accept it. But it is a lie and whether it be Clinton, Blair, Chretien, or any other of this new crop of ideological "Attila-the-Huns" the cowardly war of "Cruise missiles" and laser bombs is rooted in the despicable "terror bombing" that began in Guernica, Spain, in 1937 during the Spanish Civil War against Fascist Franco and saw its "greatest accomplishment" when the U.S. military and Government dropped nuclear destruction on Hiroshima and Nagasaki, killing hundreds of thousands, as well as the "fire-bombings" of Dresden, London, Coventry, Berlin and on and on in an endless list of the destruction of innocent people and their communities. Military experts, however, are agreed that such devastation is simply a prelude to the oldest war maxim... that occupation on the ground by armed troops is the sole guarantor that will force "unconditional surrender" terms on an enemy.

When the US/NATO command set forth their "five point" surrender terms on President Milosevic, they were as aware of that truth of war strategy as was Napoleon, Von Clausewitz or Winston Churchill. What then is involved in the "bed-time" lies of "humanitarian intervention" to end 'ethnic cleansing' and the alleged refusal to mobilize "ground troops"... or to try and give the false impression that "ground troops" would never, never, never be used.

In the first place the only realistic route for ground troop entry into Yugoslavia is not only at the wrong end of the country (in the north through Hungary) but equally bedeviling, the northern part of Serbia has literally hundreds of thousands of Hungarian nationals living there side by side with the Serbian majority. Military invasion from Albania or Macedonia in the South into Kosovo, a Serbian province despite a majority of long-term Albanians there, is practically impossible, and would be very costly against a determined Serbian defending force, because of the mountainous terrain.

But yet another salutary factor for the "no ground troops" is the well recorded military fact that the Yugoslav Partisans in World War II tied down 20 to 24 crack Nazi divisions and defeated them in defence of their native territory. It was an immense contribution to the final V-E Day in May, 1945, and it is not exaggeration to speculate that Canadian, U.S. an/or British troops survived that monstrous war because of the Yugoslav sacrifice and war effort.

In a geo-strategic sense the prolonged U.S./NATO bloody terror campaign, without precedent in human affairs, prolonged and savage beyond human experience (with few notable exceptions) appears to be baseless since not a single discernible or national interest of any of the aggressors is or was threatened, endangered by present Yugoslavia! The sole peg upon which the exercise in brutality is hung is the very questionable "spin-doctor" phrase "ethnic cleansing." History informs us that what generally is understood by this phrase, has been an ongoing activity of capitalist governments for centuries. We could point to the "Highland Clearances" by the British capitalists to feed men into the new textile industries and their armies to subdue and wantonly murder the peoples of India, Africa, the Middle East... all in the interests of greater "profitability" and super-profits". Or we could point to the U.S. wars of aggression against the Seminoles, Navahos, Apaches, Sioux, Lacotas etc. etc., or the takeover of Texas, New Mexico, California from the sovereign state of Mexico... to say nothing of the slave trade and enslavement of Black Africans... all in the name of "profitability"!!! And while we are at it let us not forget the "ethnic cleansing" in Canada of Cree, Algonquian, Ojibway et al on "reserves", where we have put them. "Let he whose hands are clean, cast the first stone"... but please do not insult our intelligence with prattle about "ethnic cleansing" as an excuse to carry forward genocidal bombing against our war allies and friends, when no Canadian, or other "national interest" is involved.

If a line be drawn south on the European map from the Baltic to Greece it will cross Poland, the Czech Republic, Slovakia, Hungary, Roumania, Slovenia, Croatia, Bosnia-Herzegovina, Macedonia and Greece, and if you will, Turkey. Each of these in one way or another is a member, a satellite or aspirant to the NATO "Murder Inc." club. Missing from this list of NATO's present military enclave is Yugoslavia, under the Government of President Milosevic, (now NATO's arch-demon) but in reality chargeable essentially with seeking to preserve the national sovereignty of what is left of the Yugoslav Federal Republic. That Kosovo has been and is a vexatious problem for his Government, particularly with the German-Hapsburg-intelligence forces standing behind the so-called Kosovo Liberation Army that seeks total secession of the province, no one should doubt. The KLA, linked to the Mafia, drugs and the CIA, has been encouraged in their military forays and assaults against the sovereignty of Federal Yugoslavia. It now appears to have the total, unrestricted support of the U.S. Pentagon masters of bloodletting and bomb assaults. Let it not be forgotten, that since the emergence of the Cold War the U.S. bomber fleet has bombed unremittingly where ever and when ever U.S.-perceived "vital interests" are "claimed" to be "at risk". Millions have died, governments from Iran to Nicaragua to Grenada, to where ever... have been brought down and "good-pals" rulers with the USA, installed.

The significance of the Yugoslav resistance to just going voluntarily into the NATO bandit band-box today, carries the same risk as did any of the above-named countries or Governments refusing to jump into Hitler's Nazi- gangster band-box sixty years ago. What is the difference between the Nazi "Drang Nach Osten" to conquer the Soviet Eurasian "jewel box" of resources and turn the great Slav peoples into bondage and supplicants, not to mention the "NATO-East" policy of U.S transnational corporate powers, together with then and now of the I.G. Farben of Germany, etc.? The only discernible difference seems to be now it is called "humanitarian", according to the liars of the "Big-Lie" club.

The prolongation of the sorties by bombing the Chinese Embassy that sidelined diplomatic efforts to stop the bombing, or by the Strobe Talbot (special U.S. Government ambassador for Russian and Eastern European Affairs) interventions in Moscow with Yeltsin and elsewhere, that have accomplished the same result, have a single purpose... to bomb the Serbian people so far into the "Stone Ages" that neither recovery nor resistance to the placement of the NATO up to 100,000 military strike force in Serbia without any resistance will be possible. Thus a 1500 to 2000 mile line of armed military intervention in the Soviet Republic will be established... the door to the Eurasian resources "jewelbox" will be opened. All will be guaranteed "safe-passage" by the U.S."super-sophisticated" military of the NATO, 21st Century bandits.

In our first article on this horrendous dangerous "US-NATO Genocidal War of Aggression" we said that they are all "Doomed to Fail... Humanity Will Triumph." That was in April in NSC... As this written, two months later, we can see nothing that causes us to change our minds, or to retreat from that statement.

Economic "globalization" includes destruction of the capitalist "nation states". But world-wide, the courageous resistance to the murderous efforts of blind Transnational Corporate Power who want to "globalize" their military domination and subjugation of the people through NATO, is failing. Across Europe, in Asia, in Australia, in Latin America, Africa, even here at home... the peoples' demand for true freedom, friendship and peace on our capitalist-bedeviled space-ship we call Earth, is growing, reaching out. The future belongs to us, and not to the ugly, historically cancerous capitalist society of greed, gun-power, hatred, death and the awful mutations of corruption. That is what is dying in human affairs.

Peace, friendship, the mutual and cooperative problem-solving is the only road now open to the human species.

All Power To The People! 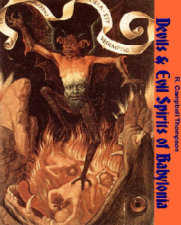