For we wrestle not against flesh and blood, but against principalities, against powers, against the rulers of the darkness of this world, against spiritual wickedness in high places:

I am writing concerning the welfare and well-being of the children in our county. My concern is in the double murder of my two young sons Robert and Benjamin Moore. My two sons are gone now, but there are many other children here in Price County. To add to my concerns is the knowledge that a destructive religion located in New York seems to have control on how this county is run.

When we talked the other day you said I opened the case of my sons. This is not correct. The case was reopened when Richard Heitkemper was elected sheriff. He told me so! When Richard Heitkemper became sheriff, he notified my sister and told her things didn't look right and he was going to reopen the case. Why wasn't the public informed? Doesn't the public have the right to know the case is reopened and why? This is pretty important. You did a good job on prosecuting the last murderer.

People need to be informed so they can protect their children from this evil. If this was a big city do you really think things would be handled as they were? How many people would fall for the suicide business? How many people would think a 13 year old boy who is right handed could or would shoot himself in the left side of his head with a long-barrowed rifle? In the police report it was stated there were leaves on the gun. How could two dead boys put leaves on the gun and remove all fingerprints? Little Ben's arms were too short to shoot himself with a long barrowed rife.

The investigation into my sons' deaths was botched and then dropped. It was also based on the thoughts and ideas of a grieving mom who would have said anything to calm her peace of mind and enable her to deal with the pain of the loss. Authorities should have known better, said things like they didn't like school yet all the evidence pointed that that was not the case. I was distraught trying to rationalize what happened. This is a normal reaction and the police were too uncaring to realize that.

Seems back in 1989 there was a young lady that was that religion was missing. Her car was found near a local tavern and she was never found. One campaign promise was to do these cases justice. The point I am getting at is my sons case needs to be called a double murder. There needs to be an intensive investigation into this religion and justice For the people in Price County, they need to know that this was a double murder and that there is a murderer loose so they can protect their precious children.

Many people were very happy when the BEE notified them the case was reopened. They do not believe it was suicide. They need to know the rest of the story. 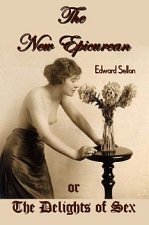