Maxwell of the New Haven Register died in Mysterious curcumstances. He was an English newspaper baron apparently. His death seemed to get even OLD re-runs of Dr. Who upset, and mentioning it.

Maxwell used to take a butcher knife out of his desk and warn Broadcasting managers with it. I guess Maxwell had something to do with MacMillian Publishers.

Maxwell was an English Jew. He waved the British flag. He was bold enough to write about the Gambino crime family in his Newspaper in New Haven, CT.

He was ALSO bold enough to write about the "broadcasted voices" that WELI radio and WEBE radio must have been broadcasting to people who smoked CRACK. Rick Craven... a broadcasting "brat" told me that they FIRST KEPT what they were doing with that out of print!

These broadcasted voices... tell people to kill and they also repeat the victoms thoughts. That was the un-known effects of crack as reported by WELI radio who ran Shireley Frank Foundation Commercials every TEN minutes 24 hours a day.

When the Guy did KILL...it was not the fault of broadcasting who broadcasts voices and robs thoughts... but was the fault of CRACK because thats why they do it.


(Ian Robert Maxwell), 1923–91, British business executive, b. Czechoslovakia as Jan Ludwik Hoch. He grew up in a tight-knit Jewish community. After fleeing the Nazis in 1939, Maxwell fought with the British during World War II. In 1951, he purchased Pergamon Press, a publisher of textbooks and scientific journals. The company’s success helped him win election to Parliament in 1964 as a Labour member. A 1969 financial scandal cost Maxwell control over Pergamon and his political career, but he went heavily into debt and repurchased Pergamon in 1974. In the 1980s, he borrowed additional funds to create a diversified media empire that came to include the Mirror Newspaper Group, the U.S. book publishing company Macmillan, the Official Airline Guides, Berlitz, and the New York Daily News.

After Maxwell drowned mysteriously while cruising off the Canary Islands, investigators discovered that he had misappropriated hundreds of millions of dollars from his companies and their pension plans to finance his corporate expansion. Maxwell’s companies were forced to file for bankruptcy protection in Great Britain and the United States in 1992. In 1995 Maxwell’s sons Kevin and Ian and two former directors went on trial in one of Britain’s largest fraud cases. The charges included misusing Maxwell group pension fund stocks to assist a faltering Maxwell company and risking pension fund shares to secure a loan for another Maxwell company. They were acquitted in 1996, but immediately after prosecutors announced that a second fraud case would be brought against Kevin Maxwell and several associates. 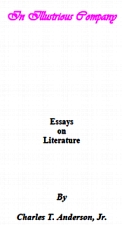