In 1977 I first clashed with a group of people I call "Academic Pedophile Advocates" at the British Psychological Association's "Conference on Love and Attraction" at Swansea University in Wales. Ostensibly an "academic" conference, the meeting attracted outraged press coverage when the leader of the Pedophile Information Exchange (PIE), Tom O'Carroll, announced he had been invited to lecture on positive adult-child sex.

At that conference, an old colleague of Dr. Alfred Kinsey, (author of Sexual Behavior in the Human Male) whispered confidentially to me that Kinsey was a pedophile. While I was shocked at the time, later research confirmed that Kinsey had spawned today's Academic Pedophile Advocates. By 1987 many such academicians came out as pedophiles in their pseudo scholarly, publication, The Journal of Paedophilia while professors in major universities worked covertly to gain unlimited sexual access to their children, and ours.

A Temple University psychology professor, a University of Pennsylvania education teacher and a psychology professor at the University of Michigan claim they investigated 59 "studies" on child sexual abuse of college students. Imagine! Sex with children could be fun said the APA authors, so "willing" child sex abuse should be OK. Dr. Laura concluded that the APA, representing 155,000 members, had "gone soft" on child molesters. "I'm scared this study could be used to normalize pedophilia, to change the legal system ... like it did homosexuality."

True, but the National Association for Research and Therapy of Homosexuality (NARTH), noted that "the American Psychiatric Association already set the stage ... [in] the latest diagnostic manual (DSMIV), a person no longer has a psychological disorder simply because he molests children." Thus the APA created psychologically normal" paedophiles.

The NARTH article concludes, "If psychology indeed recognizes consensual pedophilia as harmless, then civil law and social norms will be under pressure to follow the lead of social science as indeed they did on the issue of homosexuality."

Farberman, the APA publicist denied that publication in the Psychological Bulletin implies APA endorsement. "We are a scientific organization. ... We try to create a lot of dialogue." But when Dr. Laura worried the APA was signaling an "attempt to normalize pedophilia," the APA spokeswoman found that dialogue "ridiculous," citing a paltry 2.8 journal articles per year for nine years as APA's commitment "to protect children and ... families."

Is the recent APA Academic Pedophile Advocacy article, one of the 26 they printed "to protect ... children and ... families"? Perhaps. Listen: Farberman says "child sexual abuse is harmful." She does not say "child-adult sex" is harmful. The oxymoron, "consensual" adult-child sex has been promoted in psychology and sexology circles since Kinsey. No surprise that this "study" finds the "negative potential" of sexual abuse is "overstated."

The APA is a reprise of Kinsey's fraudulent "study," which took 50 years to begin to expose. Kinsey used child rapists in 1948 who "proved" their victims enjoyed being raped. When children fainted and had convulsions during molestation, Kinsey (a sado-masochist) reported their torture as "pleasure" and "orgasm." He claimed the "hysterical ... emotional reactions of the parents, police officers, and others" to molestation, created child trauma. The APA authors agree. Absent moralism, say the APA authors, children would be untroubled by sexual molestation.

Despite the desire for "dialogue" neither of the APAs ever confessed Kinsey's fraud or the sexual psychopathology of the Kinsey team. Indeed, both APAs train students in Kinsey's "consensual sex" model. Like Kinsey's, this phony "study" will also appear in courtrooms, classrooms and bedrooms. Spitting in the face of massive data to the contrary, APA's Academic Pedophile Advocates claim child sexual abuse is less harmful than physical abuse, neglect and verbal abuse! The goal? "Classifying a behavior as abuse simply because it is generally viewed as immoral or defined as illegal is problematic."

Said Schlessinger to her listeners. "I've read this so many times, I'm sick." "Psychology has become a god to the general public. ... If pedophilia is not a mental disorder, what is it?"

Academic Pedophile Advocates are bringing a "pedophile abduction rights" bill to a theater near you. For example, in 1994 Oregon Senate Bill 586 proposed that anyone who "established emotional ties with child may file ... for custody, guardianship, visitation" if they had "a relationship ... within the six months ... through interaction, companionship, interplay and mutuality." Stay tuned. Anyone smell an APA rat?

Dr. Reisman is the president of the Institute for Media Education, Crestwood, Kentucky. Her latest book is "Kinsey, Crimes & Consequences". 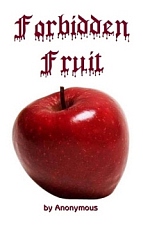