Another Writer Sees Through the
Canadian Green/Jewish Congress' Lies

Where Truth is Destiny
and Destination!

The following article was written by an obvious non-supporter or fan of David Icke, however, he sees throught the lies and slanted facts of the Bronfman controlled Canadian Jewish Congress and Bronfman Canadian Green Party


Good Morning from the Zundelsite:

A friend of mine, who is a television talk show host in Central California, first introduced me to the writings of David Icke. Talk about strange! Talk about black helicopters!

Icke turns out stuff prolifically, and some of it is not too bad - but most of it, in my opinion, is truly off the wall. He is a New Age writer, millennium doomsdayer and all, who blasts the Illuminati et al big time in many of his writings - but what tipped me off that he might not be altogether kosher is that the sponsors of his projects go by names like "Solomon."

I thought that Icke was just another disinformation agent like many who peddle half-truths while hoping to confuse the gullible and have dismissed him in the past. He has a following of oddballs, but from what my friend has told me, he traipses around the country and speaks to groups of ten.

What is strange in the story below is that, according to the Canadian Jewish News | October 7, 1999, the head honcho of the Canadian Jewish Congress, Bernie Farber - he of the much-speculated-on Houdini Act commented on before in ZGrams - went after David Icke as a new target for Canadian-style censorship.

Read this by Frances Kraft, staff reporter for the CJ News:

"David Icke was allowed to enter Canada, and he gave two talks over the weekend in Ottawa, despite efforts by Canadian Jewish Congress, the Vaad Ha' Ir of Ottawa, the Green party of Ontario and B'nai Brith Canada.

Icke is the controversial British New Age speaker whose writings carry disturbing and bizarre echoes of the anti-Semitic tome, Protocols of the Elders of Zion.

In all the press coverage in Canada, to my knowledge, Icke never mentioned the Jews even once - never!

He was also scheduled to speak this week at Hart House Theatre in Toronto and Windsor Casino. His talk at the latter venue was cancelled following contact by concerned Jewish groups.

In Ottawa, as well, Icke's talk was cancelled by at least four different host venues after they learned who he was, said Stacia Benovitch of the Vaad Ha'Ir. He eventually spoke at a CEGEP in Hull, Que. An estimated 35 to 50 people attended the Sunday talk.

This has been the standard treatment inflicted on speakers like David Irving in Ottawa for years. These self-appointed censors are usually aided and abetted by knee-jerk politicians and careerist police officials.

Concerned Jewish organizations - and Green party representatives, who are endeavoring to dissociate themselves from Icke, a former Green party member in Britain - had contacted event organizers, host sites, police hate crime units and Immigration authorities regarding their concerns.

Thus far, the only place in Ontario that appears to be willing to allow Icke to speak is Hart House, said Bernie Farber, executive director of Canadian Jewish Congress, Ontario region.

"We are disappointed," said Farber. "We have asked the University of Toronto at least to provide a basis to monitor the speech to ensure that none of his anti-Semitic material is sold, and to ensure that he doesn't say anything that might be in contravention of anti-hate laws."

Icke did speak in Toronto's Hart House to an overflowing crowd of over 500 people. He ranted on about aliens, and listeners began to drift out after the 2 1/2 hour mark. He charged $51 admission, which is a shockingly high price for a lecture in Canada. Observers were clearly disappointed.

A representative of Sumari Seminars, which organized the Ottawa-area presentation as well as the two scheduled for this week in Toronto and Windsor, denied that Icke is anti-Semitic in a letter to Farber.

"Nowhere in his books nor in person that we know of has he stated that Jewish people are to be 'hated,' to be 'feared,' to be 'annihilated,' wrote the representative, identified only as Susan. Icke's books have been pulled from Indigo, following contact by Congress, said Farber.

The assessment on Icke by sources I queried is that Icke is mainly in this for Icke. He does not seem to have a coherent philosophy of life. Frequently, he talks gibberish - and might well be an agent, or at least a "tool for disinformation", as the saying went under Communism in Russia. One thing one might say: He does attract an odd, odd kind of crowd.

"I hope the next time the Canadian authorities use their discretion not to let him in," said Rubin Friedman, Ottawa-based director of government relations for B'nai Brith Canada. Friedman, along with Richard Warman of the Green party, had urged Immigration officials to bar Icke, not only because of the content of his books, but also on the basis of not having a work permit.

Contrary to Icke's promotional material, he was not a founder of the Green party in Britain, but was removed from the party because of his views, according to Richard Warman, Ottawa-based Green party member. According to Friedman (immigration officials could not be reached at press time), Icke had to return to the Ottawa airport for some type of immigration hearing on Sunday. Warman was also disappointed that Immigration let Icke in in the first place. "I kind of felt we handed him over on a silver platter."

Interesting. The article admits here that Icke will have to face an Immigration hearing in Ottawa, which directly contradicts what Farber was unhappy about. That man, or these people, never seem to be able to tell the truth straight out.

The question in my mind is: Why in the name of common sense would Bernie Farber and his fellow tribesmen bother? 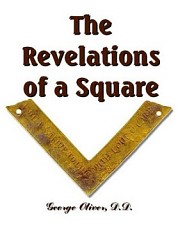