"We must make clear to the Germans that the wrong for which their fallen leaders are on trial is not that they lost the war, but that they started it. And we must not allow ourselves to be drawn into a trial of the causes of the war, for our position is that no grievances or policies will justify resort to aggressive war. It is utterly renounced and condemned as an instrument of policy."

What is lately often heard is phrases like: "We would support a US-led unilateral strike on Iraq only with UN endorsement." "We would support a unilateral invasion if clear evidence emerged that Iraq had weapons of mass destruction." "There should not be a war with Iraq because there is no proof that Iraq was involved with the 9/11 terrorist act." And the list goes on.

But all these people with good intention fail to see the lethal trap before their eyes. If the war machine has decided to wage another aggressive war against another nation, it will sooner or later find a reason to justify the war if people ask for one. At the end, if it does not find one, it will create one. And that will not be the first time. What if the United Nations Security Council says tomorrow that it is okay to go to war? What if the inspectors find some nuclear material? Would one gram of plutonium or a ton of it be enough to start the war? What if someone comes and says that there is a link between 9/11 and Iraq? (And of course that person most likely would be speaking "on condition of anonymity.") What then, should the war start?

We need to realize that there is absolutely no justification for this war. This war not only risks global catastrophe because it involves the boiling region in the Middle East, an area perhaps more unstable than any other in the world, but it is also immoral and illegal. It is immoral because it punished millions of innocent civilians ten years ago, has been punishing them continually since that time, and will punish them again. It is illegal under domestic law because only Congress has the power to declare war under the US Constitution. Congress gave the illegal authority to the President of the United States to commit aggressive war. For this same kind of war, Nazi and Japanese leaders were held accountable at the Nuremberg and Tokyo trials following World War II. It is also illegal under international law because there is no evidence that Iraq plans to attack the US. Aggressive war is one of the most serious transgressions of international law.

Nothing but organized non-violence can check the organized violence of the American government for now and in the future, if there is going to be a future. This organized state violence is exemplified with the following simplified facts.

US versus North Korea:
-- What do you have?
-- We've got nukes, germs, poison gas, missiles galore and a million tough troops. Just about what you have. The only difference is in amount but they still work very effectively even in small amounts. They can bring you down to your knees even in very small numbers.
-- Okay, let's negotiate.

US versus Iraq:
-- What do you have?
-- We have nothing of the sort you worry about.
-- There will be no negotiations, just war!

Since the Vietnam disaster, the US has attacked only small nations with little or no ability to defend themselves such as Grenada, Panama, Libya, Somalia, Iraq, and Afghanistan. Small nations observing this absurd phenomenon of double standards will do anything they can in the future to not just build WMD but also buy them from any place they can. That brings us closer to chaos. Which country is the greatest proliferator of weapons of mass destruction then?

If the possession or ability to make WMD is the "justification" for the US to go to war, then the governments which do not posses them would be quite rational in taking action (sanctions, etc.) against those states that already possess them and even manufacture them openly.

In the words of a former student of mine, "In today's post 9/11 context, there is a need for the American people to become aware of what they are capable of doing. In a way, the U.S. does shape the world's destiny today. Will America dare to vote for peace? Or will America trigger nuclear disaster? World citizens hope that the Americans' fear of terrorism does not blind them from the possibility of a peaceful future." I couldn't have put it better myself.

BIOGRAPHY Dr. Andreas Toupadakis has spoken about peace and the urgent need for nuclear disarmament at the United Nations as well as numerous colleges, universities, and other venues in the US, Japan, and Greece. He was a featured speaker at the 2000 World Conference on Atomic and Hydrogen Bombs in Hiroshima and Nagasaki, Japan, and he has been the recipient of numerous peace and justice awards. The City of Berkeley adopted a resolution honoring him for the courage and personal sacrifice he displayed in leaving his job at Lawrence Livermore National Laboratory.

He is a native of Greece with a Ph.D. in Chemistry from the University of Michigan, Ann Arbor. He has taught chemistry at colleges and universities in the US and Greece, and he worked as a chemist in industry as well as at Los Alamos and Lawrence Livermore National Laboratories. He has a wife and two daughters. He believes deeply in non-violence, and he revels in the teachings of such varied figures as Gandhi, Plato, Socrates and Einstein. He is currently writing his book on life planning through wise career choice and on career change. His first book on world peace will soon be available. While he is visiting the USA, he is giving lectures and seminars on peace, sustainable living and career satisfaction across U.S. campuses.

"It is better to light a candle
than to curse the darkness." -- Chinese proverb --

"I myself would wish neither; but if it were necessary
either to do wrong or to suffer it,
I should choose to suffer rather than to do wrong."
-- Socrates --

The Case Of Tyler Kent 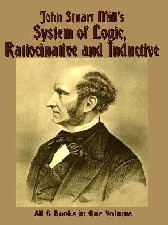