- BY HENRY MAKOW,
WHOSE JEWISH PARENTS
SUFFERED UNDER THE NAZIS.

The Zionist Roots of the "War on Terror"

Until recently I accepted Israel's self-image as a beleaguered, peace-loving nation in a sea of blood thirsty Arabs. The idea that this tiny state had imperialist designs seemed ludicrous.

But what if, unknown to most people, including Israelis, the world's power elite were using Israel to advance their New World Order?

What if Israel's role were to colonize the Middle East, and to become the seat of the World Religion?

Israel's Sacred Terrorism" (1980) by Livia Rokach, a 63-page on line monograph suggests that this bizarre scenario may not be so preposterous. http://abbc.com/historia/zionism/rokach.html

Rokach's monograph is based on revelations from the personal diary of Moshe Sharett, who was Israeli's first Foreign Minister from 1948-1956, and Prime Minister from 1954-1956.

According to this diary, which Israel tried to suppress, Israel's image of vulnerability was a ruse. Israel has always planned to become the dominant power in the region, and "invented dangers" in order to dupe its citizens and provoke wars.

In his diary, Sharett quotes a conversation with Army Chief of Staff Moshe Dayan in May 1955:

"We face no danger at all of an Arab advantage of force for the next 8-10 years...Reprisal actions which we couldn't carry out if we were tied to a security pact are our vital lymph...they make it possible for us to maintain a high level of tension in our population and in the army. Without these actions we would have ceased to be a combative people... "

Sharett concludes: "The state.... must see the sword as the main if not the only, instrument with which to keep its morale high and to retain its moral tension. Toward this end it may, no it MUST invent dangers, and to do this it must adopt the method of provocation and revenge.... And above all, let us hope for a new war with the Arab countries so that we may finally get rid of our troubles and acquire our space." (41, emphasis mine)

This policy of "reprisals" or "provocation and revenge" was also called "covert aggression." The U.S. "war on terror" is a continuation of it. Essentially it involves disguising a policy of aggression as retaliation for sham provocations.

For example, Israeli patrols would cross the border to attack Jordanians or Egyptians, and then claim the actions took place in Israel. Once attacked, the army pursued the "aggressors" into enemy territory and wreaked havoc. Ariel Sharon was the leader of a squad ("Unit 101") that specialized in these murderous forays. His 1953 raid on the Jordanian village of Kibiyah killed dozens of civilians. (30)

In March 1954, an Israeli bus travelling between Eilat and Beersheba was attacked and 10 passengers were killed. The UN armistice Commissioner, a Col. Henderson said, "from the testimonies of the survivors, it is not proved that all the murderers were Arabs." He attributed the attack to "terrorists intent on increasing the tensions in the area." (28) Thereupon the Israelis left the Armistice Commission in protest.

In June-July 1954 an Israeli terrorist squad blew up many British and American institutions in Cairo in an attempt to sour relations between the Arabs and the West. Dubbed the "Levon Affair," possibly this was a precursor to the attack on the World Trade Centre.


In June-July 1954 an Israeli terrorist squad blew up many British and American institutions in Cairo in an attempt to sour relations between the Arabs and the West. Dubbed the "Levon Affair," possibly this was a precursor to the attack on the World Trade Centre.

From the point of view of "covert aggression", if terrorism didn't exist, Israel would have to create it. Possibly, Israel's security establishment inspired some recent attacks on Israelis. In some instances, the terrorists are described as "white." Remember the sniper who killed 10 Israeli reservists at a checkpoint? If he were Arab, wouldn't he have struck again?

Most Arab terrorism is no doubt authentic. But I wouldn't be surprised if at critical junctures, Israel's "security establishment was behind it.

Israeli commentators lament that Israel is not a democracy. They say its security establishment has hijacked the country. One pundit remarked, "Israel is not a state with an army, but an army with an affiliated state." They also lament that a culture of corruption, brutality and immorality pervades the army. See Ran Ha-Cohen, "Israeli Elections. So What"

WHO IS THE ILLUMINATI?

The world's wealthiest families have more in common with each other than they do with humanity. From their perspective, we are "useless eaters." In the guise of "globalism," they plan to increase and consolidate their wealth and power, and reduce everyone else's.

The heart of the Illuminati's power is the banking and oil cartels, (Rothschild, Rockefeller) but it includes many interlocking cartels like media, pharmaceuticals, defence, illegal drugs and prostitution. It operates through the world's intelligence agencies, and groups like the Council on Foreign relations, which grooms all US leaders.

Esoterically, the Illuminati is a secret society within another secret society, the Freemasons who are dedicated to sacrificing mankind to Lucifer.

All of this sounds fantastic because it is kept out of the media and education systems, which are mental caretakers in an invisible asylum.

Recently, Americans have been recruited to do the grunt work of subjugating Islam. This is not the first time the Illuminati has used the U.S. in this fashion. America was embroiled in World War One to free a million British soldiers to conquer Palestine for the Zionists. In the Second World War, the U.S. saved Communist Russia's bacon. Both Communism and Zionism are creations and instruments of the central bankers.

THE USES OF ANTI SEMITISM

The Illuminati has always used anti Semitism to trick Jews into advancing its nefarious goals.

In the "Protocols of the Elders of Zion" the speaker confesses the illuminati has "wiped out every kind of rule except our own." Nevertheless it allows attacks on its plan for world domination in order to create anti Semitism. "Anti Semitism is indispensable to us for the management of our lesser brethren." (9-2)

From childhood Jews are taught that they are disliked for no rational reason and Israel is insurance against another holocaust. This attitude dehumanizes their opponents and obviates the need for genuine self-criticism. Often the question is not, is something true or false? Right or wrong? But, "Is it good for the Jews?"

Traumatizing people and convincing them that irrational fiends threaten their survival is an effective form of mind control. Such people will throw morality and reason to the wind and, if necessary, become savage, mindless killers themselves. They are easily exploited by forces that may not be Jewish at all, that may be anti Semitic, and plot their destruction.

Now the Illuminati is using the same tactic on Americans. The Mossad's fingerprints are all over 9-11. Apparently, Israel's Zim Container Lines moved their 200-man office out of the WTC the week before and no Israelis died in the attack. Seven of the supposed Arab "hijackers" seem to be alive.

If Osama bin Laden didn't exist, the United States and Britain would have created him. Osama may be genuine but there is evidence that he has received money from the British MI-6 as recently as 1996. According to the French daily Le Figaro, Ben Laden met with the CIA station chief in Dubai in July 2001. He serves the purpose of those inciting a bogus "clash of civilizations."

In the domestic sphere, the persecution of Jews has become a cultural paradigm. Lately, women and gays are the Jews, taught they're oppressed by heterosexuality, and homosexuality is normal. . Millions of lives are being ruined. The Illuminati's hidden agenda is to destroy society's immune system (its ability to resist totalitarianism) by attacking its red blood cell, the nuclear family.

In conclusion, "covert aggression" is the primary means by which the Illuminati enacts its long-term plan. Americans have been incited to become oppressors by a phoney Muslim threat. Unaware of what's done in their name. Americans are now like Jews asking, "Why do they hate us?"

Henry Makow, is the inventor of the board game Scruples, and the author of A Long Way to go for a Date. He received his Ph.D. in English Literature from the University of Toronto. He welcomes your feedback and ideas at henrym@mts.net. 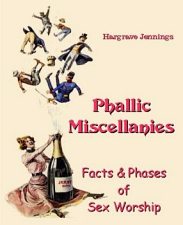