Have you heard about Puerto Rico?

I really appreciate your concern about things that are happening in the world and for keeping us informed. I have to ask you... Have you heard about Puerto Rico? Did you know it is a place where extremely strange things have been happening since the begining of the 1900's? It would take me forever to write the complete story but here are some facts about Puerto Rico:

- Puerto Rico is in a "commonwealth" with the United States since 1898. The correct term for the political status of the island is a "Colony", perhaps the oldest colony in the world. From 1493 to 1898 from Spain and from 1898-present from the U.S.A. The original intentions the U.S. had with the island was what they called "Project 2020". Amazingly, there is very little documentation on this but it is a plan they had for the island since the early 1900's. It consisted in converting the island in a big millitary station.

For that they needed to transfer the Puerto Rican population to other parts like Hawaii (a massive migration took place during those years), then to other islands like St. Thomas, St. Croix. Alaska, New York, and Cuba also. They would flatten most of the mountains to build this immense millitary base and also build hotels and recreation places for millitary personnel only.

- U.S. nuclear arms are used and stored in Puerto Rico in violation of the Treaty of Tlatelolco, which prohibits nuclear weapons in Latin America.

- The island's unemployment rate is 45%

- 40% of Puerto Rican women of child-bearing age are sterilized as a result of U.S. depopulation programs. (This was a project funded by David Rockefeller. See:
http://www.hsph.harvard.edu/grhf/WoC/reproductive/trombley2.html)

- Half of the Puerto Rican nation has been forced to migrate to the United States due to unemployment and the colonial government's policies - an exodus among the most massive recorded by history. And, when they arrive in the United States, the migrants are subjected to poverty and racism.

- The U.S. congress retains power to legislate for Puerto Rico without the consent of its people. Puerto Ricans on the Island are not permitted to vote for President or congressional representatives.

- In 1917 the Jones Act forced citizenship on the Puerto Rican people, along with the draft and World War I. Puerto Ricans have been forced to serve in all subsequent U.S. wars.

- The most important U.S. Navy Base in the Atlantic is in the island of Vieques, P.R. This is where NATO rehearses the different invasions they have been involved, with many YEARS in advance!!! For example, they rehearsed the invaion of Kuwait since the early 80's. People in Puerto Rico are now united to get the Navy out of the island after one civillian was killed but they insist that "Vieques is unique" for their "exercies". It has been reported that they have "Tesla coils" and that they have tested them with civillians, which are found calcinated.

- "El Yunque" is the only Rain Forest of the U.S. Forest System. There is a "secret" millitary base in this forest and access to the area is forbidden. Many people consider this base as the "Area 51" the Caribbean. I have talked to people that have tried to get near the base and all of a sudden armed millitary personnel threatens them that they are allowed to shoot anyone that intents to go into this base. This is an area of major U.F.O. activity and many people have seen reptilian alien in the surroundings of the forest. In fact, the famous "Chupacabra" was first seen there.

- Puerto Rico is one of the key areas for the HAARP Project. In fact, the largest Radio Telescope in the world is in the island. This is the center for Ionosferic studies. You can find more information on this matter here:
http://www.eagle-net.org/phikent/haarp/WEATHER.html

All this and much more is happening on this little island that the whole world has had interests on. Even Nazi Germany was going to invade Puerto Rico during the 2nd. World War. I can go on and on with much more data on this matter. I suggest you research on the internet about the island of Puerto Rico and you will find a place where the New World Order has its boots over and it's little know by most researchers.

Thank you for your attention, Mr. Icke. 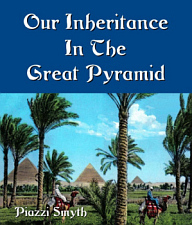