The following quote is credited to David Rockefeller in the Jan/Feb 2000 edition of American's Bulletin:


"FREEDOM is the absence of
the awareness of RESTRAINT."
-- David Rockefeller

In 1865, during the time Lincoln was attempting (and thereafter succeeded) in creating a debt-free currency for the People; this editorial was printed in the London Times.

"If this mischievous financial policy [of creating a debt-free currency], which has its origin in the American Republic, shall become permanent, then that government will furnish its own money without cost! It will pay off its debts and be without debt. It will have all the money necessary to carry on its commerce. It will become prosperous without precedent in the history of the world. The brains and the wealth of all countries will go to America. That government must be destroyed or it will destroy every monarchy on the globe!"

Read that again!! The money powers know what would happen if we took control of our money system out of the hands of the bankers. We would "... become prosperous without precedent in the history of the world." The legal system serves the money system. If we want to reform our legal system, then we must first reform the money system. We would take control of our civilization and oust the bankers who have through there sleigh of hand machinations transferred all the wealth of our nation to themselves. Lawyers, Judges, Politicians all follow the Pied Piper of the Babylonian money system. The borrower is servant to the lender.

It's not that difficult to understand, if we apply ourselves to the task. The following was written by Lois Even of the Pilgrims of Saint Michael. We can hack away at the branches of evil until we drop dead of exhaustion. But, nothing will change until we uproot the corrupt tree that is bearing all of the corrupt fruit that we are contending with. If we cut off a corrupt branch, the corrupt tree will grow another. And then we would be right back where we started. 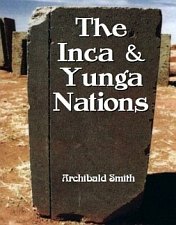