"Not every victim was a Jew but every Jew was a victim." (Elie Wiesel speaking of World War Two. "If there were Jews in (Hitler's) armed forces...who served knowing what was going on and made no attempt to save (lives), well then that is unacceptable and dishonorable." (Rabbi Marvin Hier, director of Simon Wiesenthal Institute)

Thousands of men of Jewish descent and hundreds of what the Nazis called "full Jews" SERVED IN THE GERMAN MILITARY WITH ADOLF HITLER'S KNOWLEDGE AND APPROVAL.

In approximately 20 cases, Jewish soldiers in the Nazi army were awarded German's highest military honor, the Knight's Cross. One of these Jewish veterans is today an 82 year old resident of Norther Germany, an observant Jew who served as a captain and practiced his religion within the Wehrmacht throughout the war. One of the Jewish field marshals was Erhard Milch, deputy to Luftwaffe Chief Hermann Goering. Rumors of Mitch's Jewish identity circulated widely in Germany in the 1930s.

In one of the famous anecdotes of the time, Goering falsified Milch's birth record and when met with protests about having a Jew in the Nazi high command, Goering replied, "I decide who is a Jew and who is an Aryan."

Rigg's research also shed light on stories surrounding the rescue by German soldiers of the Lubavitcher grand rabbi of that time, who was in Warsaw when the war broke out in 1939. Joseph Isaac Schneerson was spirited to safety after an appeal to Germany from the United States. Schneerson was assisted by a German officer Rigg has identified as the highly decorated Maj. Ernst Bloch, whose father was a Jew.

So what happens to the claim that Hitler sought to exterminate all Jews, when he allowed some of them to join in his struggle against Bolshevism and International finance capitalism? 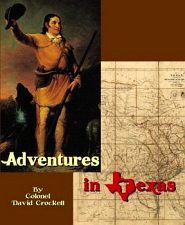