As has been their tradition for decades now, neocons who are in favor of waging total war against somebody (this time it’s Iraq) have been invoking the sainted Lincoln ("Father Abraham," as the war enthusiasts at the Claremont Institute call him) as their role model. After all, there must be some kind of ideological cover for mass murder (as all wars are), and that is the role of the Lincoln Myth.

As Joseph Stromberg recently noted ("Bring on the Honors List!", LRC, Aug. 28), George Will has written in the Washington Post that President Bush should look to Lincoln’s war tactics as a model for "American ways of waging war." In recent months historian Jay Winik has written in the Wall Street Journal that, in the spirit of Lincoln, "security" should come before liberty. To hell with civil liberties. Tony Blankley repeated this same anti-civil liberties theme in the Washington Times; and David Broder and Ronald Radosh, among many others, have explicitly invoked Lincoln in advocating that we send a quarter of a million men to invade Iraq (for starters). A recent article posted on the Neo-conservative website FreeRepublic described President Bush’s developing foreign policy as "Lincolnesque but on a world-wide scale."

What, exactly, should President Bush do in order to mimic Lincoln’s war policies, as the neocons are urging him to do? Well, the first thing he should do (as Lincoln did) is to unilaterally suspend the writ of Habeas Corpus and order the military to begin arresting and imprisoning all dissenters, especially the press. He should issue an order to one of his top generals similar to the one Lincoln issued to General John Dix on May 18, 1864: "You will take possession by military force, of the printing establishments of the New York World and Journal of Commerce . . . and prohibit any further publication thereof. . . you are therefore commanded forthwith to arrest and imprison . . . the editors, proprietors and publishers of aforesaid newspapers."

Imagine the cheering at the Claremont Institute if President Bush were to put the New York Times and Washington Post out of business and throw their editors and owners into military prisons without issuing any warrants, making any charges, or even telling their families where they were. Father Abraham lives! Just to make sure all other members of the press get the message, President Bush should also follow the practice of President Lincoln, the founder of his party, and have federal troops physically demolish the printing presses of opposition newspapers (see Dean Sprague, Freedom Under Lincoln, and James G. Randall, Constitutional Problems Under Lincoln).

In order to assure "congressional support" for his war, President Bush should also order federal troops to interfere with elections in predominantly Democratic districts, as Lincoln did. In Maryland, for example, Lincoln ordered the arrest and imprisonment of several dozen state legislators, Congressman Henry May, and the mayor of Baltimore. He won New York State in the 1864 presidential election, writes Pulitzer Prize-winning Lincoln biographer David Donald, "with the help of federal bayonets." President Bush might also consider re-instituting the draft, and instructing the draft board to conscript primarily young registered Democrats.

Senator Tom Daschle of South Dakota is the current leader of the opposition, and he has been dutifully performing his proper role by criticizing the Bush administration every chance he gets, even on the topic of starting a war in the Middle East. If President Bush really wants to be considered to be "Lincolnesque" he would have 60 or 70 heavily armed Marines break down the door to Senator Daschle’s home in the middle of the night, throw him into military prison without charging him with any crime, and eventually deporting him.

That’s exactly what happened to the most outspoken member of the Democratic Party in Lincoln’s day, Ohio Congressman Clement L. Vallandigham. Congressman Vallandigham had protested vehemently on the floor of the House of Representatives against Lincoln’s suspension of Habeas Corpus and his trashing of much of the rest of the Constitution. He was also a vociferous opponent of Lincoln’s high-tariff policy and his adoption of an income tax. He favored seeking a peaceful resolution to the conflict; Lincoln did not, so Vallandigham was deported.

There were a great many prominent Northerners like Vallandigham who preferred peace and compromise over what became the bloodiest war in all of American history. Lincoln’s political strategy, carried out by the propaganda arm of the Republican Party known as the "Union League," was to spread the lie that all of these men were traitors and Confederate sympathizers. They were denigrated as "Copperheads," a form of snake in the grass. To make this point Vallandigham was ceremoniously escorted across the lines and handed over to a Confederate commander. The Confederates, however, wanted nothing to do with Vallandigham, nor he with them, so he fled to Canada.

So again, if President Bush wants to pursue a Lincolnesque war policy, he should immediately deport Senator Daschle to Iraq. That will send a strong message to any other dissenters, just as Lincoln’s deportation of Congressman Vallandigham did. (Even though he was in Canada, the Ohio Democratic Party still made Vallandigham its gubernatorial nominee).

War is always unpredictable, regardless of the best-laid war plans. If the U.S. military does invade Iraq, it may well suffer some setbacks, for example, if Iraq uses chemical or biological weapons, or if other Arab states decide to enter the war on Iraq’s side. To be truly Lincolnesque, President Bush would then decide that the war must be waged on Iraq’s citizens (including women and children) as well as combatants, just like Lincoln’s generals did during the War between the States, and just as the same generals later did in the war against the Plains Indians. As General Sherman once said, "To secessionists, why, death is mercy." He meant all "secessionists," women and children included, as he explained in a letter to his wife. After all, Total War has been an American tradition since 1861.

This is just a short list of what President Bush must do if he wants to go down in history as Abraham Dubya Bush and carry on the tradition of The Party of Lincoln.

Thomas J. DiLorenzo [send him mail] is the author of the LRC #1 bestseller, The Real Lincoln: A New Look at Abraham Lincoln, His Agenda, and an Unnecessary War (Forum/Random House, 2002) and professor of economics at Loyola College in Maryland. 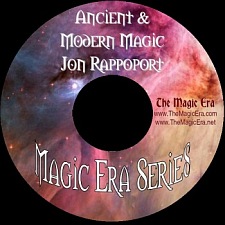