Poetic in its spectacular vistas and misty weather, in the late 1860s "The City" became the birthplace for what would come to be called the local color movement in American literature. Practically every writer associated with early western local color at least made an appearance in San Francisco; many of these writers, who by the early 1870s would be scattered all over the East Coast, England, and Europe, called the place home. 1 While in San Francisco, most of these writers knew each other, and came to regard themselves as the circle or group that formed the cutting edge of a new kind of American writing. Surely the dominant figure of this emerging literary movement was young Francis Bret Harte. In the local color decade of 1865 to 1875, he would rise from local fame (and sometimes infamy) as a satirist, poet, editor, and short story writer to become the most celebrated figure of current American literature, before slipping away into a sad obscurity. Mark Twain, now recognized as unquestionably the group's greatest writer, was on the way to fulfilling his potential, and should be regarded as the second key figure in the San Francisco Circle. These, men were the leading lights of local color, but what an amazing parade of writers as characters passed through The City. The most familiar names include Ambrose Bierce, Ina Coolbrith, Joaquin Miller, and Prentice Mulford. ...

Ambrose Bierce cut quite a different figure. Ever sneering at Victorian poetry and all lofty sentiments, Bierce was a journalist who could wield a bitter, abusive prose that maintained the rhetorical stance of vituperative, frontal attack. In 1868, he took over the "Town Crier" column of the News Letter, a San Francisco newspaper which welcomed his relentless attacks and satiric jests. Odd as it may seem, Bierce got along famously with Bret Harte. Harte accepted for the Overland portions of what would become Bierce's Grizzly Papers, and it was Bierce, for better or for worse, who persuaded Harte to retrieve "The Heathen Chinee" from the wastebasket and print this satirical poem in the Overland.

Bierce was part of the literary contingent that left San Francisco in the early 1870s. His satires, increasing in their skill and bite, were very well received in England, where three books of his satiric sketches on California were published. Like Miller, but unlike Harte and Clemens, a now famous Bierce returned to San Francisco, the area which he so often claimed treated him with alienation and estrangement. As a satiric journalist in the corrupt "Gilded Age" of the 1880s and '90s, Bierce was not wanting for material. During these years, he attacked virtually everything, from Denis Kearney's Workingmen's Party to the local Humane Society. Having offended with his Thersites-like wit practically everyone by the turn of the century, Bierce, despite his brilliance, came to be regarded by many as a crank. He disappeared in 1914, trying, at age seventy-one, to join up with Pancho Villa. Fortunately, he departed for Mexico after completing his classic collection of bitter definitions, The Devil's Dictionary. Bierce had come a long way from his salad days of writing satiric columns for the News Letter.

As the century progressed, the San Francisco-based brand of local color not only moved from theme to background, but it was indeed more popular as a novelty, more popular the farther away from California's shores it was read, studied, and performed. By the early 1880s, Harte's uplifting stories seemed sentimental and dated. As other parts of the West became more settled, a new generation of local color writers emerged, a generation that pushed local color in a decidedly realistic direction. This group included Mary Hallock Foote (Colorado and Idaho), Bill Nye (Wyoming), Alfred Henry Lewis (the Southwest), and, of course, Hamlin Garland (the northern Plains). But the shaping influences of Bret Harte and Mark Twain can be perceived in all of them.

Although the San Francisco Circle broke apart in the early 1870s, the circle quickly regrouped and then expanded. In the early 1870s, the Bohemian Club, dedicated to good fellowship, support of the arts, and literary pursuits, was founded in downtown San Francisco. The Club's spectacular Bohemian Grove festivals and "happenings" continue to this day. The Bohemian Club, the revived Overland of the 1880s, and the establishment of The Wave in the early 1890s were literary events that marked the continuation and expansion of the Circle.

Perhaps the most significant and far-reaching examples in the 1870s and '80s of this expanding circle were the works of nature writers Clarence King and John Muir. A rather bizarre nonstop talker and mountain climber, King in 1872 published Mountaineering in the Sierra Nevada, a collection of short pieces in several genres. What makes this uneven volume important is its subject matter; King wrote not of people dealing with a frontier culture, but about the relationship between wilderness and humanity. John Muir, who in the early 1890s founded the Sierra Club and became known as the "Father of our National Parks," was the first widely read western writer with a mystical, ecological vision. Far more than even King, Muir explored Sierra Nevada wilderness areas, coming to the deep belief that wild country must be preserved for its intrinsic value. Muir's statements about this "new philosophy" first appeared in 1873 Overland issues, and his influence on modern serious western writers and thinkers has been considerable and important.

Excerpted from an article at
Texas Christian University Press
http://www.tcu.edu/depts/prs/amwest/html/wl0339.html 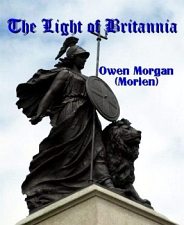