For two and a half weeks every July, two thousand of the top movers and shakers in business and government attend the Bohemian Club's summer encampment. Although highly selective, the club has a national membership and is among the most prestigious of affiliations in neoconservative circles. Its membership is known to include Ronald Reagan, George Bush, Gerald Ford, William F. Buckley, Jr., Frank Borman, Justin Dart, William Randolph Hearst, Jr., Caspar Weinberger, Charles Percy, George Schultz, Edward Teller, Merv Griffin, and a large proportion of the directors and chief executive officers of the Fortune 1000. Daniel Ludwig, the richest private citizen on earth, is a Bohemian. Conspiracy nuts think the Bohemian Club meets each summer to plot to take over the world. These guys ALREADY run the world.

The club's name harkens back to its founding in 1872 by artists and journalists in the Bay Area; the club proper is at 624 Taylor Street in San Francisco. The annual summer camp is held at "Bohemian Grove," an isolated site in Sonoma County, California, near the town of Monte Rio. To get there, you cross the bridge over the Russian River and take the second left.

Signs warn off trespassers, and the Grove is guarded during the encampment. Visitors must have invitations and sign in and out; cooks and other workers have to wear ID badges. The club (and hired staff) is all male. There are no black Bohemians and just one Asian; the former Philippine president Carlos Romulo.

The club does a good job of avoiding publicity, although in 1980 Rick Clogher, a writer for MOTHER JONES magazine, managed to slip in to the encampment for four days with the help of an unidentified insider. Brooding over the Grove is a giant rock that looks like an owl. Clogher discovered that the rock is concrete, covered with moss to look natural. The Cremation of Care ritual takes place in front of the owl when, on the first night of camp, robed members burn a doll representing Dull Care.

Bohemian Grove includes 122 distinct camps in its 2,700 acres. The camps have whimsical names such as Whiskey Flat, Toyland, Owl's Nest, Hill Billies, and Cave Man's, and each one has its own kitchen-bar building -- there is a lot of drinking -- and sleeping quarters. The members of some camps sleep in tents; other camps have redwood cabins. Daily "Lakeside Talks" on geopolitical topics are given by prominent speakers, both members and non-members. It is claimed that Richard Nixon and Ronald Reagan conferred during the 1967 encampment, Reagan agreeing not to challenge Nixon for the presidential nomination.

The highlight of camp is the Grove play, which is written exclusively for the club. All the female roles are played by men in drag. The 1980 play was an adaptation of the Greek myth of Cronus and Zeus supplemented with fireworks, smoke bombs, and a light show. (One can only wonder if Reagan ever starred in a Grove play. He certainly has more acting experience than most club members.) The polished productions cost the Bohemians as much as $25,000 -- for one performance.

name of author not attached 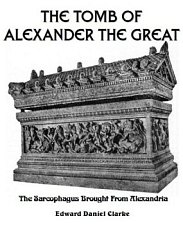