Al Neuharth spoke at Bohemian Grove, the all-male encampment in northern California where much of Americaĺs government and corporate elite gathers each summer for two weeks of speeches and fun activities like mock-Druid fire rituals.

The Bohemian Grove program identified Neuharth as chairman of the Freedom Forum - a $700-million foundation dedicated to a "free press." So, we might ask: Why did the head of that foundation agree to get together with other power brokers to deliver speeches when everyone present was sworn to secrecy?

The day before his own speech, Neuharth was among 2,200 men who heard an address by House Speaker Newt Gingrich. And what did Gingrich have to say to the assembled movers and shakers? "Iĺm sorry," Gingrich staff writer Robert George told us. "We do not have a copy of that speech, and it will not be transcribed. . . . The Bohemian Grove events are basically private functions." But matters of great public concern are discussed at Bohemian Grove. The day before Gingrichĺs speech - with a crucial mass-communications bill gliding through Congress and some humongous media mergers in the offing - a top AT&T executive supplied an assessment of "the complex web of futuristic communications." A week later, former President George Bush spoke at Bohemian Grove. In fact, every Republican president since Coolidge has been a member. Presidential campaigns have been hatched there.

All of this gets very little news coverage - a fact that has long frustrated Sonoma County businesswoman Mary Moore, an activist who lives 5 miles from the deluxe camp. "The media trivialize everything about Bohemian Grove," she contends.

Yet, many diligent journalists have tried to report about what goes on there. "The problem is," Moore says, "when the story gets to the top boardrooms, then it gets killed."

In July 1991, when Mathison was the San Francisco bureau chief of People magazine (owned by Time Warner), he hiked over back-country trails and sneaked into the Groveĺs 2,700-acre spread three different times. But on his third foray, Mathison ran into a Time Warner exec who recognized him - and threw him out. Mathison had already learned a lot. For example, a former secretary of the Navy, John Lehman, presented a lecture containing a Pentagon estimate that 200,000 Iraqis were killed during the Gulf War a few months earlier. The Pentagon had not released its death count to the public; at Bohemian Grove, Lehman was more candid.

But Mathisonĺs eyewitness report never made it into the pages of People. The story was mysteriously killed.

The Mathison episode illustrates how difficult it can be for journalists to report fully on Americaĺs political and economic elite when their bosses are loyal members of that elite. Today, amid media megamergers and deregulation fervor, the conflict between gathering news and protecting the powerful is more severe than ever."

Comment: The newspaper/print media are in the hands of several families and the national media in the control of the corporate elitist centrix. This alone causes grave concerns, and their role and actions in blocking for the powers behind government, including their absence of journalistic responsibility, clearly evidenced by TWA Flight 800, shows the American people that Americans have to recapture control of their own government. Is it any wonder that the FCC acts with total disdain towards the children of America? Is it any wonder that you have to read Recapturing America to understand that the country has to reassert government to its service, not to an elitist centrix, who are the primary beneficiaries of their own self-serving policies and agendas?

Excerpt from the FREE ONLINE BOOK:
Recapturing America by Joseph B. Ehrlich 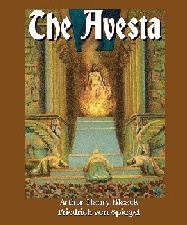