MS. MYERS: One quick scheduling change. At 5:30 p.m. the President will sign the NIH reauthorization bill. It will be in the Roosevelt Room. It will be pooled.

Q: Do you have an answer to my question from yesterday about all-male clubs?

MS. MYERS: I have a sort of slightly related announcement, actually. In keeping with White House tradition, Mr. Gergen is going to resign from a variety of -- wait a second --

MS. MYERS: Here it is -- with -- (laughter) -- now, don't be jumping to any conclusions here. From nonprofit boards, public policy and social organizations, commissions and study group including: the American Committee for Aid to Poland, the American Assembly, the Aspen Institute --

Q: Can you slow down please?

MS. MYERS: Certainly. Yes, I can give you a list.

MS. MYERS: I know. I know. This is a long list. (Laughter.) He's a busy guy. Duke University School of Public Policy, International Media Fund, National Committee for U.S.-China Relations, the National Endowment for Democracy, the Smithsonian Council, the University of Maryland Board of Visitors, Very Special Arts Foundation, the Washington Campus, the Bohemian Grove Council. (Laughter.) Council on Foreign Relations, the Trilateral Commission. (Laughter.) The Aspen Institute, the Commission on Strengthening of America, the Nunn-Domenici Commission, and the Johnson Foundation Committee on Higher Education.

Q: And he won't eat at Denny's either. (Laughter.)

Q: Dee Dee, he said he wasn't going to resign from the Bohemian Grove.

MS. MYERS: I think, though, that in the broader context, I think a lot of people, when they come in, just as sort of -- it's not a policy, but it is a tradition that they resign from a lot of boards and commissions and other organizations in order to avoid even the appearance of impropriety in the future. And I think Mr. Gergen is acting with that tradition.

Q: But having worked here in three previous administrations, did he not know that?

Q: Why is the Bohemian Grove on that list?

MS. MYERS: Because he resigned from a variety of social and professional organizations. All of them -- all of the ones of which he was a member.

Q: Why did he believe it was appropriate to resign from the Bohemian Grove?

MS. MYERS: Because he resigned from all of his social and professional organizations, and in order to be consistent --

Q: He doesn't belong to any other -- he belongs to zero clubs?

MS. MYERS: These are all the organizations of which he's a member, yes. Social, professional -- these are mostly nonprofit organizations. But he resigned from all of them.

Q: Dee Dee, on the contrary -- I really want to follow up on this. There is no White House tradition that I'm aware of for people to resign from country clubs, private organizations, all sorts of clubs. And for you to try to link this to resignations from things like the U.S. China thing or the Aspen Institute is really not an honest way of answering the question.

MS. MYERS: It is an honest way of answering the question. It is the framework in which David Gergen has made this decision.

Q: Can you name another White House official who has resigned from a club as opposed to a professional organization?

MS. MYERS: I don't have a list in front of me, but I think there are some, yes.

Q: Can you come up with some examples of people who have resigned from clubs --

MS. MYERS: I will certainly check.

Q: Do any White House officials belong to the Little Rock Country Club?

MS. MYERS: I don't believe so.

Q: Did anyone resign from that?

Q: Do you know if he has any expectation of rejoining any of these groups after he leaves?

MS. MYERS: I have no idea, and that's a question I don't feel I have any -- is appropriate for me to ask.

Q: Why did that change from Monday to now?

MS. MYERS: I think that he considered his memberships in a broader context and decided that it was in the best interest of -- in his interest and in the White House's interest for him to do that. It was not a decision made specifically in reference to any particular organization.

Q: Do you have an answer to my question from yesterday, which was what the President's view is of members of this administration being members of all male clubs?

MS. MYERS: And what I said was that there was no administration policy on it. The President expects members of his administration to act consistent with his view that this is going to be a broad and inclusive administration. And beyond that, I have nothing to say.

Q: If the decision was made based on Mr. Gergen's understanding of White House policy going back several administrations, why was it not made until Ruth brought out the membership?

MS. MYERS: Well, I think that given that he had only started on Monday that sometimes it takes a few -- this was a decision that was done quickly and I think that this is consistent.

Q: Are you suggesting that he intended to resign?

MS. MYERS: I think that he always intended to review his membership and to make a decision about that, yes.

Q: So are you indicating that there is no relationship between the all-male membership aspects of the Bohemian Grove and his resignation, is that what you're --

Q: So it has nothing to do with that issue?

MS. MYERS: I don't know the nature of all these -- I can't answer that.

Q: So there's no relationship, his resignation has nothing to do with --

Q: Well, you talked about the inclusive nature of the administration. Yet the fact of the Bohemian Groves all-male membership was irrelevant in Mr. Gergen's mind.

MS. MYERS: Two separate questions. The President expects members of this administration to act consistent with his views. I think that that has been done. I think when Mr. Gergen came here he reviewed his membership in a variety of non-profit organizations and social clubs, professional organization and made a determination about how best to deal with that collectively and decided to resign across-the-board and he's done so.

Q: Has the President resigned from groups of which he was a member?

MS. MYERS: I don't believe the President is a member of many groups. He resigned as Governor of Arkansas.

Q: How is the Bohemian Grove inconsistent with his views, Dee Dee?

Q: Dee Dee, I appreciate you might not know, but I think the question is fair if you're going to cite a tradition that his Counselor is following, if he has belonged to anything and if he's resigned. I would --

Q: Doesn't he hold some kind of membership in a country club where he played the one afternoon --

Q: in west Little Rock? He was an honorary membership perhaps, but it was something on paper.

Q: That's his only membership, he has no other --

MS. MYERS: I will double-check. I don't know of any other memberships.

Q: So you're saying everyone in the White House is going to resign all memberships in all clubs? Or has already?

MS. MYERS: Well, I think it's -- certainly boards and commissions, organizations, different things that a lot of people have resigned, including starting perhaps with the First Lady, who resigned, as you know, from a number of boards and commissions during the campaign. I think that's something that people have done over the years and something that Mr. Gergen has chosen to do.

Q: What about clubs?

MS. MYERS: I think it's up to the individual people to judge. And Gergen made a decision that he would resign from all memberships, including social, professional organizations.

Q: I don't understand the link still between the social organization, which the Bohemian Grove is, and these various professional organizations and boards.

MS. MYERS: He made a decision to resign from all the organizations of which he's a member.

Q: The tradition that you cited that he do that does not apply as a rule informally or otherwise to all White House staff?

MS. MYERS: I think there's a tradition of resigning from organizations. I think a lot of people have done it, consistent with the advice of counsel, on a number of these different things. It's something that I think is very common.

Q: Well, then, in that case, let me ask you to find out please whether Mr. Gergen is a member of any Washington club such as the Metropolitan Club or the Cosmos Club. And if he is, is he contemplating resignation from those as well?

MS. MYERS: I don't think so, because I believe this is a comprehensive list of all the social and professional organizations of which he's a member. That was his intention.

Q: But you will take that question, please?

Q: What other social clubs are on that list?

Q: And does Mack have other memberships?

Q: Is the Bohemian Grove the only social club on the list?

MS. MYERS: Yes, I believe so. I don't know what all these are.

Q: Is the Bohemian Grove consistent with President Clinton's views of inclusive organizations?

MS. MYERS: I don't know enough about the Bohemian Grove and I have not spoken to the President.

MS. MYERS: But I don't know, is a women's business council something that no one here should belong to? I'm not going to make --

Q: You said consistent with the views --

Q: A moment ago you used the phrase, "on advice of counsel." Was the White House Counsel involved in Mr. Gergen's decision to quit these organizations?

MS. MYERS: I think he talked briefly to the Counsel about all of these boards and commissions and other organizations.

MS. MYERS: As most -- he did -- I'm not going to share with you what advice Bernie might have given to David. I think that's privileged. But I will say, as you know, a number of people here have resigned, it's very consistent, from organizations --

Q: But the question was, on Monday Gergen said he wasn't going to quit. Today you say he's talked to the Counsel and on advice of Counsel he's quit.

MS. MYERS: He said he wasn't going to quit. I think he reviewed all of his memberships and made a decision to resign broadly. I know this is a very interesting issue to all of you guys, but I --

Q: Well, why do you suppose it's interesting to us?

Q: But, Dee Dee, you're suggesting that Gergen had always intended to resign all along doesn't seem to jive with Mr. Gergen's --

MS. MYERS: I'm not sure that's exactly what I said. I said he intended to review his memberships. Upon doing that, he made a decision to resign. And I think that's all we have to say about it.

Q: what is -- between the day he appeared at the podium and said he had no intention of resigning --

MS. MYERS: I think he made a judgment that in the broader context it was advisable for him to withdraw, would resign from all the boards and commissions of which he's a member.

Q: What is the point? Nowhere in the world does such kind of a policy exists. It doesn't make any sense to force people out of social clubs because they are --

Reagon and Nixon at Bohemian Grove 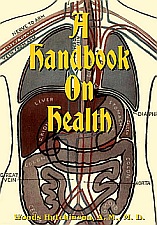