KEEPING SECRETS, NOT REPORTING THEM

The founder of USA Today recently gave a speech to 1,500 of this country's most powerful men. What did he tell them? Sorry - it's a secret.

Al Neuharth spoke at Bohemian Grove, the all male encampment in Northern California where much of America's government and corporate elite gathers each summer for two weeks of speeches and activities like mock- Druid fire rituals. The official program described Neuharth's topic as "a look inside media newsrooms and boardrooms." That sounded interesting, so we called and asked for the text of his speech.

The normally talkative Neuharth was tight- lipped. "I went there with the understanding that I would adhere to their privacy rules," he replied. "I think I'd have a little ethical problem giving you the text.... I just don't want to do what they would consider unethical." The program identified Neuharth as chairman of the Freedom Forum - a $700 million foundation dedicated to a "free press." So, why did the head of that foundation agree to get together with other power brokers to deliver speeches when everyone was sworn to secrecy?

The day before his own speech, Neuharth was among 2,200 men who heard an address by House Speaker Newt Gingrich. And what did Gingrich have to say? "I'm sorry," Gingrich staff writer Robert George told us. "We do not have a copy of that speech, and it will not be transcribed.... The Bohemian Grove events are basically private functions."

But matters of great public concern are discussed. The day before Gingrich's speech - with a crucial mass-communications bill gliding through Congress and some humongous media mergers in the offing - a top AT&T executive supplied an assessment of "the complex web of futuristic communications."

All of this gets very little news coverage - a fact that has long frustrated Sonoma County businesswoman Mary Moore, an activist who lives 5 miles from the deluxe camp. Many diligent journalists have tried to report about what goes on. "The problem is," Moore says, "when the story gets to the top board-rooms, then it gets killed." Journalist Dirk Mathison found out the hard way. In July 1991, when Mathison was the San Francisco bureau chief of People magazine (owned by Time Warner), he sneaked into the Grove's 2,700 acre spread three times. On his third foray, Mathison ran into a Time Warner exec who recognized him - and threw him out.

Mathison had already learned a lot. For example, a former secretary of the Navy, John Lehman, presented a lecture stating that the Pentagon estimated 200,000 Iraqis were killed during the Gulf War a few months earlier. The Pentagon believed the public was not ready to hear the death count; at Bohemian Grove, Lehman was more candid.

But Mathison's eyewitness report never made it into the pages of People. Even though Mathison says his article was so well-received that extra space was allotted for it, the story was mysteriously killed.

The Mathison episode illustrates how difficult it can be for journalists to report fully on America's political and economic elite when their bosses are loyal members of that elite.

Jeff Cohen and Norman Solomon are authors of the new book, "Through the Media Looking Glass: Decoding Bias and Blather in the News"

Through the Media Looking Glass :
Decoding Bias and Blather in the News
by Jeff Cohen, Norman Solomonn (out of print book search)

Through The Media Looking Glass: Decoding Bias And Blather In The News covers how white pundits keep lecturing about the moral failures of black people; how corporate power affects news coverage on a daily basis; Jimmy Carter and human rights - behind the media myth; aspects of President Clinton's record rarely mentioned by the mass media; selective news reporting on events overseas from Haiti and Angola to Israel and East Timor; the continuing power of the tobacco industry to affect media coverage; and Boris Yeltsin's free ride in the American press. Jeff Cohen and Norman Solomon are seasoned and experienced observers of the American news media. Through The Media Looking Glass pulls no punches and spares no sacred media cows. 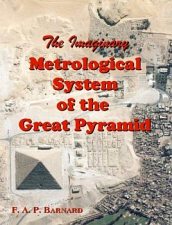