There have been terrible crimes and criminals in United States history - but because the Bush family has passed their misdeeds down through generations, they are unequivocally the most corrupt. Rarely has there been a whole family of underhanded criminals where nefariousness was the rule rather than the exception. It's not as if they have no code of conduct, the facts prove they lie, cheat and steal as their code of conduct.

Prescott Bush was a firm believer in eugenics, (the study of genetic improvement through selecting parents, or racial superiority) which was very common among the influential families at the start of the twentieth century... of course we are all more familiar with the eugenics 'studies' done by the Nazis. William E. Dodd, U.S. Ambassador to Germany in 1937 said, '... I have had plenty of opportunity in my post in Berlin to witness how close some of our American ruling families are to the Nazi Regime.' Which 'ruling families' was he referring to? Well, Old Prescott was convicted by the U.S. government under the Trading With The Enemy Act in 1942 and fined one million dollars. Brown Brothers Harriman's affiliate Union Bank- of which Prescott was director- invested huge sums of money into Thyssen Steel, the backbone of Nazi steel production.

August Thyssen, an affluent German industrialist, lost much of his empire to the harsh Treaty of Versailles after WWI. Vowing this would never happen again, he founded three banks in three countries: August Thyssen Bank in Berlin, Bank voor Handel en Scheepuaart in Rotterdam, Holland, and Union Banking Corp. in New York City. Using money channeled through these three banks, Thyssen financed the rise of the Nazi party and their front-man Adolf Hitler, ruled Nazi steel production, profited from the mining of coal by Jewish slaves, and financed concentration camps including Auschwitz. In 1937, while director of Union Bank, Prescott hired Allen Dulles to 'cloak' his accounts; Allen obviously didn't do that great of a job because in 1942 the U.S. Alien Property Custodian froze Union Bank's accounts. 'Coincidentally,' Allen Dulles was appointed U.S. Intelligence Chief in post-war Germany while he was also the lawyer representing Thyssen's bank in Holland. This ensuing cover-up may have saved Prescott from further penalty stemming from proper investigation. In 1951, Prescott reclaimed Union Bank from the U.S. Alien Property Custodian, and went on to represent Connecticut in the Senate.

Why is it that picking up a gun and firing upon U.S. troops in wartime is considered treason, but financing the production of thousands of guns, munitions, tanks, and aircraft is not considered a treasonous act? Well, since you weren't convicted by our government, I'll convict you with my words: you, Prescott, were guilty in your lifetime of treason against the United States and your tomb bears the blood of veterans who died fighting the Nazis.

So Prescott had a son, and named him George - he became president of the United States... but first he became a vile criminal. Let's not even speak of the Iran-Contra scandal or his membership in the Nixon Administration during Watergate. Let's skip the fact that he was ambassador to the U.N. in the seventies, then, during his presidency, he scandalously pledged his support for the establishment of a 'New World Order.' 'Coincidentally,' when the Taliban and Saddam Hussein were trained, funded, and empowered - Bush was director of the CIA and Vice President. These are all common crimes in comparison to the Bushes malevolent standard... let's instead concentrate on the events of late March 1981.

James Baker, a member of Reagan's cabinet at the time, stated, 'Bush is functioning much like a co-president.' This after George Sr. aspired to become president by running against Reagan in the Republican primaries. Here is evidence of a desire for power, then a taste of power. On Monday, the 30th of March 1981, George Bush Sr. was in the Hotel where John F. Kennedy Jr. spent the final night of his life. Coincidence? Maybe George wanted to spend some time alone and reflect on the post-Kennedy years when he, Kissinger, and their fellow war-hawks were finally able to pass their agendas- such as committing to war in Southeast Asia. Anyway, it was on this bizarre Monday in March that a fellow named John Hinckley Jr. shot President Reagan, lodging a bullet in his chest less than an inch from his heart. When there is an attempt to assassinate our President, isn't the Vice President the most likely suspect?

John Hinckley Jr.'s family donated substantial amounts of money to Bush during the 1980 primaries when he ran for President... Neil Bush admitted this. Coincidence? On March 31st The Houston Post ran a story that read, 'Scott Hinckley, the brother of John Hinckley Jr., who is charged with shooting President Reagan and three others, was to have been a dinner guest Tuesday night at the home of Neil Bush, son of Vice President George Bush, The Houston Chronicle has learned.' As if this weren't enough evidence, Neil and John Hinckley both were proven to have lived in Lubbock, Texas in 1978... how many sons of energy barons just happened to live in that town? (It's appropriate to mention that Neil was implicated in the Silverado Savings and Loan scandal.) As the final touch to this surreal scenario, Bush, as leader of the cabinet, came to the decision that this was not part of a domestic conspiracy! It's just like Janet Reno's investigation of wrongdoings at Waco, when she was in charge of the murders committed there! Are we to believe that the Bush family was close with the bin Ladens and the Hinckleys and that both families had a rogue member whose violent acts just happened to help advance the political careers of Bushes?

The fact that there was no investigation into these incriminating facts nearly proves that the Bush family knew of Hinckley's impending assassination attempt. George Bush Sr., you are guilty of high treason and should receive retribution for your vile lust for power.

George Bush had two other sons, named George Jr. and Jeb, and they carried on the name and traditions of the family. Let's ignore George Jr.'s, and his brother Jeb's known affiliation with Ken Lay of Enron. Why don't we look further east: from Texas to Florida. George Jr. obviously learned a valuable lesson from his father: lie, cheat, and steal your way into power. Brother Jeb, as the Governor of Florida ignored the decision of the State's Courts that ex-felons from out-of-state would retain their right to vote if they moved to Florida. (Under Florida law, and a handful of other states, an ex-felon could be stripped of his right to vote.) Jeb hired a private data-mining firm, the first time a state government has done this, to compile a list of voters to be purged from Florida's register. Florida happens to be the only state in the Union to list race on the voter registration: because blacks tend to vote for Democrats (93% of the time nationally), between 50- 100,000 mostly black voters were illegally barred from voting in the 2000 elections. George Jr. 'won' the election by 537 votes. These are the bare bones of the happenings in the Florida 2000 elections; for further detail of these disgraceful tactics look for an article by Christopher Mark to appear very soon on this site or purchase Greg Palast's, 'The Best Democracy Money Can Buy - Revised American Edition.'

Jeb Bush, you have undermined the Republic - the worst crime possible to commit. You killed freedom and stole the American people's faith. You are guilty of treason against the Constitution and all of our Veterans who won our nation's Independence and maintained its sovereignty.

George Bush Jr. was declared the winner of the 2000 elections and became president of these United States. Do you think the two Georges may have known about Jeb's rigging of these elections? Well, just in case this was some sort of surprise gift for our current 'president,' let's examine other evidence of treason committed by George Jr. He did call the FBI off investigations of Osama's family upon taking office; he did run an oil business called Arbusto with Salem bin Laden, Osama's brother. With the virtual laundry list of obscene disregard for our Constitution, why speculate into his close ties with suspected terrorists?

George Bush Jr. proves himself guilty of treason by the very laws he's lent his signature to. This whole administration is guilty of criminal disregard for the laws of our land by violating citizen's rights granted under the First, Fourth, Fifth, Sixth, and Eighth Amendments of the Constitution. This administration has passed laws allowing infinite detention without charge or access to counsel for U.S. citizens. As if this weren't enough, he has refused to disclose information to Congress regarding executive function and granted the Attorney General the power to declare U.S. citizens as 'enemy combatants' and strip them of their rights. In these ways he has usurped the power of the Judicial and Legislative Branches and dealt a severe blow to the Constitution's Checks and Balances. He has destroyed the Fourth Amendment by removing the requirement for warrants, which could be easily attained if a Judge believed a person may be involved with terrorists.

For his blatant disregard of the freedoms which represent our nation, Bush and this administration should be impeached and tried for treason by our courts to be sentenced for their crimes. The penalties for those who represent our nation should be severe when they partake in actions detrimental to the citizens. The problem may be deeper than we realize: since treasonous criminals have the power to deem citizens 'enemy combatants' and strip them of their rights, this makes violating the Constitution the rule and adherence to the Constitution a criminal act... it has to. If criminals make the rules, those who refuse illegitimate laws will be deemed the law-breakers. Furthermore, if we don't reaffirm our Constitution there will be no reigns on our government and they'll be able to pass any laws they wish.

Power corrupts, and absolute power corrupts absolutely... but in the case of the Bush family - corruption empowers, and absolute corruption empowers absolutely! The roots of the Bush family tree are imbedded in filth, in poison, in the abyss itself. There is apparently no offense too dishonorable to be committed by three generations of Bushes: they engaged in every sort of thievery and deceit; they conspired to commit murder; they have conspired against the American people and Constitution itself. After our present time period passes into history, the Bush family will forever be linked to depravity and malevolence; they'll be immortalized as miscreants and swine. Let the truth be known! 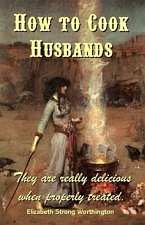