Did the United States.Lose the Cold War?
by John Fair

If the Soviet Union actually developed "hovering platforms" armed with beam weapons in the late 1970s, as banking consultant Dr. Peter Beter,.described in his audio letters, then it follows that the United States did not win the arms race, and.the US.military is currently being used for the purposes of the real winner.. .

Dr. Peter Beter revealed amazing secrets of. world politics that sounded.preposterous at the time.. He spoke of Tesla inspired.beam weapons capable of causing earthquakes, vaporizing.ships, buildings, airplanes, or simply igniting the air to cause.terrifying.fireball explosions.. He claimed that these weapons were aboard Soviet constructed "hovering platforms" that were not in orbit like satellites, and that during the late 70s and early 80s.the weapons were demonstrated on the United States for the purpose of intimidation.. Dr. Beter's credentials are impressive.. He was a member of the US Court of Military Appeals in 1952, and US Supreme Court in 1964, as well as being an international banker, lawyer, and consultant.. He died in 1987.. .

As others have pointed out, the treaties.banning space weapons (1967).and environmental modification.(1976) are proof that such technology exists.. Further proof is the lack of any international body.to inspect space craft for weapons violations.. The UN admits that space has been "militarized but not weaponized," although they do not define the terms, or back the claim.. Last August, the UN warned the Bush administration not to develop.space weapons...The US.claims that it needs a missile defense system, and a system of clearing space junk.. In fact, Boeing's web site describes the system it.has.been.building for the US government since 1990:.. "The Kinetic Energy Anti-Satellite program is intended to provide the United States with the capability to neutralize hostile satellites. The objective of the KE-ASAT program is to define, develop, integrate and test the necessary Kill Vehicle (KV), weapon control subsystem component and subsystems technologies to demonstrate hit-to-kill performance, including debris mitigation against hostile satellites."

Whoever owns these exotic weapons has successfully intimidated the world leaders including the UN.. Has the US economy, and military been manipulated by and for.it's enemies for the last 20 years?. Russia and China have warned the US not to develop space based weapons....Could it be that they already use such weapons to dictate policy?.

When we look at the United Nations.member list, there are two.important nations missing: Switzerland and Vatican City.. The Universal Postal Union is based in Bern, and boasts 189 countries under the Universal Postal Treaty...Interruption of the delivery of mail is immediately punished in this world...If you stop paying your debt and refuse to negotiate, same results.. So who runs the planet?. According to the CIA world factbook, every country has external debt except Italy, Vatican City, and Switzerland.. A 'collection agency' of immense power must exist to enforce the repayment of the loans.and to ensure smooth commerce of fuel so that.large construction projects (like pipelines) are profitable and the debt gets repaid.. The.stalling of the.pipeline across Afghanistan to China, unfortunately could be viewed as an interruption of commerce, money, and debt.. I postulate that.the United Nations.serves.the 'collection agency.that holds exotic weapons,' and that we (human beings = productive labor) are the.assets that.back the.banking system. 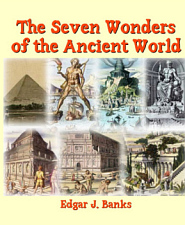