TORONTO - Corporations are not only the most powerful institutions in the world, they are also psychopathic, a new Canadian documentary on globalization elegantly argues.

While the corporation has the rights and responsibilities of "a legal person", its owners and shareholders are not liable for its actions. Moreover, the film explains, a corporation's directors are legally required to do what is best for the company, regardless of the harm created.

What kind of person would a corporation be? A clinical psychopath, answers the documentary, which is now playing in four Canadian theatres.

"Everything we do in the world is touched by corporations in some way," says 'The Corporation' writer Joel Bakan.

Six years ago he was researching a book on the subject and teamed up with documentary makers Mark Achbar and Jennifer Abbott, and then set out to drum up enough money to make the film and to do more than 40 interviews.

"Corporations are the most dominant institutions on the planet today. We thought it was worth taking a close look at what that means," Bakan told IPS.

In law, today's corporations are treated like a person: they can buy and sell property, have the right to free expression and most other rights that individuals have.

This legal creativity came as a result of U.S. businesses using the Fourteenth Amendment to the U.S. Constitution -- designed to protect blacks in the U.S. South after the Civil War -- to proclaim that corporations should be treated as "persons".

The filmmakers show four examples of corporations at work -- including garment sweatshops in Honduras and Indonesia -- to demonstrate that this "legal person" is inherently amoral, callous and deceitful.

The corporation, the film points out, ignores any social and legal standards to get its way, and does not suffer from guilt while mimicking the human qualities of empathy, caring and altruism.

A person with those character traits would be categorized as a psychopath, based on diagnostic criteria from the World Health Organization (WHO), points out the film.

Unlike 'Bowling for Columbine' -- to which it has been compared -- 'The Corporation' does not follow a shambling yet crusading interviewer (Michael Moore) into corporate head offices to ask tough questions.

Instead the filmmakers use simple but beautifully lit head and shoulder shots of its subjects against a black background. The interviewer is never seen or heard; the corporate chiefs, professors and activists speak directly to the viewer.

The technique is so compelling that not listening or turning away would seem impolite.

The interviews are interspersed with archival footage from many sources, including scenes from sweatshops and news conferences. It also includes some ironic and darkly humorous excerpts from corporate ad campaigns and training films from the 1940s and '50s.

But the film is not a rant. It gives ample time to corporate chief executive officers (CEOs) and representatives of right-wing organizations, like Canada's Fraser Institute.

Fraser's Michael Walker tells viewers that hungry people in the developing world are better off when a sweatshop pays them 10 cents an hour to make brand name goods that sell for hundreds of dollars.

And it is just good business sense that a corporation moves to seek out more hungry people when its workers demand higher wages and better working conditions, Walker argues.

Many others are less ruthless. Sir Mark Moody-Stuart, former chairman of Royal Dutch Shell, is honestly concerned about protecting the environment. Under his guidance, Shell adopted many green initiatives and a commitment to developing renewable energy.

At the same time, Ken Saro Wiwa and eight other activists were hung in Nigeria for protesting Shell Oil's pollution of the Niger Delta.

Social critic and linguist Noam Chomsky -- the subject of Achbar's 1992 award-winning 'Manufacturing Consent' -- carefully points out that people who work for corporations, and even those who run them, are often very nice people.

The same could have been said about many slave owners, he observes. The institution -- not the people -- is the problem, Chomsky argues.

Eminent economist Milton Friedman sums up the role of the corporation: it creates jobs and wealth but is inherently incapable of dealing with the social consequences of its actions.

'The Corporation' documents a bewildering array of these consequences -- including the deaths of citizens who protest corporate ownership of their water in Cochabamba, Bolivia -- that demonstrate the extent and power of today's corporations.

It looks at the often-cozy relationships between corporations and fascist regimes, such as that of IBM and Nazi leader Adolph Hitler.

It demonstrates the power of advertising to create desires for luxury items, as well as how corporations can suppress information.

The documentary shows agribusiness corporation Monsanto successfully preventing the news media from airing a story about the potential health hazards of a genetically engineered drug given to many U.S. diary cows.

'The Corporation' also tells a number of success stories, including activists' successful fight to overturn corporate patents on the neem tree and basmati rice.

Bolivia's Oscar Olivera describes how citizens of Cochabamba city re-took control of their water. The lesson, he explains, is the people's capacity for "reflection, rage and rebellion" as an effective counter to corporate globalization

That is one of the film's messages, says Bakan. "We want people to understand that they can change things."

"Everyone keeps thanking us for making the film," says Mark Achbar, from the Sundance festival of independent films in Utah state.

"People are fed up with being talked down to and enjoy being intellectually engaged," he adds, trying to explain the documentary's popularity and several international festival awards.

Despite its current limited distribution in Canada, 'The Corporation' has been sold as a three-part, one-hour TV series to international markets, and Achbar is hoping it will be translated into Spanish.

Of course, there will not be a multi-million marketing campaign. The number of people who will see it will depend on those who have, spreading the word.

That is just one way to take back the power that corporations have usurped.

Dr. Robert Hare, U. of BC Psychology Professor and FBI's top consulting psychologist on psychopaths: The corporation is the prototypical psychopath.
http://www.thecorporation.tv/productdemos.php 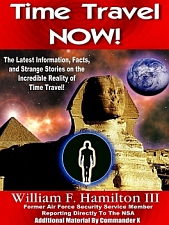