US PRESIDENTS AND FREEMASONRY

Although the dark agenda group on this planet probably goes back millions of years, the roots of what we know as the modern Illuminati took hold with Adam Weishaupt who founded the highly secretive Illuminati in Germany in 1776 which infiltrated the Masonic Order. He established many of the underpinnings of the order such as the secret handshakes, the policies of collusion, intrigue, manipulation, and murder.

With this as a basis, the Illuminati would gradually position members into key power positions over time and ultimately attempt to dominate every industry including the banking industry and finally the world. To set the record straight, here are some very important facts which need to be known:

1) Who's reputation suffered character assassination when confronted with the rising Masonic influence? John Q. Adams was not a Mason and had a sterling and irreproachable reputation. He was the last true patriotic president before the usurpation by the Masonic and Illuminati orders.

His character was destroyed publicly by Andrew Jackson, one of the highest members of the Masonic Order, as a means for Jackson to win the Presidency. Jackson defeated Adam's re-election in the presidential election of 1828 and took office, thereby instituting a downward spiral of negative Masonic (Illuminati) influences.

Further, the Masonic encroachment was near to hand when Adams discovered that his secretary of state, Henry Clay, was also a Mason and had been visiting the Dupont Family (famous Illuminati group) for advice on how to steer the nation.

Later, he thoroughly investigated the organization and wrote the first broad expose in 1833 called Letters on the Masonic Institution, by John Quincy Adams as a result of the tragic murder of a Mason (Captain William Morgan in 1826 in New York).

Captain Morgan was a Mason and decided to go public with the knowledge that the organization had become corrupt. As Captain Morgan stated, "He had witnessed the corruption of the Institution and saw it was an engine of personal advantage and political aggrandizement; that it gave to its members unfair advantages and extra privileges over the unsuspecting community; that its insidious influence extended to every transaction in society, raising as it were the Masonic combination unto a PRIVILEGED ORDER, who, under the Royal Names of GRAND KINGS, Grand Sovereigns, and Grand High Priests, in darkness and secrecy, ruled and plundered the people. CAPTAIN MORGAN was a soldier and a brave man.

He saw this detestable conspiracy".... and went public with it. As a result, he was brutally killed by the Masonic Order as a means to punish him for speaking out. Due to the negative publicity, the Masonic (Illuminati) Order began more covert operations and went underground. Remember, this was published in 1833! This also was the time (1832) when the Skull and Bones Order was begun at Yale University as a means to infiltrate the higher educational systems.

3) When did the United States first fall prey to the Masonic influences? Yes it is true that George Washington admitted being a Mason and the records show he was titled as a Master of his Lodge just 5 months before taking office as first President of the United States, but he also admitted that he only visited the Masonic Lodge twice during his professional career.

It is also true that Dr. Ben Franklin had secretive dabblings in the subject in Europe. Thomas Jefferson had correspondences with Adam Weishaupt (the founder of the Illuminati/Masonic Order on may 1, 1776). Even though these early founders had Masonic ties, it was a fairly benign organization until it was infiltrated by Adam Weishaupt's Illuminati. The Constitution and the framework which had been established by the founding fathers with the help and influence of St. Germain began its serious degradation when Andrew Jackson took office in 1828. In addition to being poorly educated and making a mockery of the Executive Office, Jackson deviated significantly from the previous Presidents. A good example of this is in the following quote: "the fact that Jackson, unlike previous Presidents, did not defer to Congress in policy-making but used his power of the veto and his party leadership to assume command."

Through the newly engineered Masonic Order, Jackson resorted to party politics, defamation, and general mischief in order to win the election.

Upon reflection and in actual fact, John Adams is probably the greatest of all Founding Fathers. He was not a Mason even though some references state otherwise and in actual fact, in the "Adams Chronicles", he warned Washington about Jefferson and Hamilton's Illuminati association and their "worship of Lucifer."

However, John Adams was known to sympathized with them due to their enduring friendships (I admire Washington, Franklin, and Jefferson for being great patriots, but their affiliations to the Masonic group causes one to question their personal integrity). John Adams, on the other hand, was not involved in secret organizations and risked life and limb by traveling to Europe several times to secure peace treaties.

He was instrumental in drafting the very first Constitution, the Constitution of Massachusetts, which later served as the basis for the US Constitution which we know today. His son, John Q. Adams is probably the next truest patriot when considering non-Mason affiliation. He spent his entire life against great adversity defending the principles of the Constitution and what was right, irrespective of party politics. Although I divinely respect Monroe as one of the great minds of his day, he was also a Mason and it's been rumored that James Madison was too. Although not a President, Hamilton (Illuminati) was the character who pushed for a strong federal government and effectively got it by consolidating all of the state's debts into one debt and basically instituting a central banking system, thereby paving the road for the Illuminati to eventually control the banking empire.

4) And who's picture do we see on the money in circulation we use today? Ben Franklin (who was never a President), Hamilton (who was never a President), Jefferson, Washington, Madison, Monroe, Grant, Lincoln, and Jackson, all connected to Freemasonry in one form or fashion. Washington is on the 1, Jefferson on the 2, Alexander Hamilton is on the 10, Andrew Jackson on the 20, U.S. Grant on the 50 and Ben Franklin on the 100.

Interestingly, Salmon Chase, who was never a President, but was the Treasury Secretary under Lincoln, has his picture on the 10,000 (never used in general circulation) . You have to ask, why is this guy on such a significant currency note?...I mean, why is he so special? It turns out that Salmon Chase always resented Lincoln because Chase wanted to win the Presidency several times and lost to Lincoln.

Further, once appointed as Treasury Secretary, Chase was the guy who created the first "Internal Revenue Division", moved away from gold and silver coins and created the first paper "fiat" money, promoted a national banking system to handle all debts, and added "In God We Trust" to the currency as a bonus. He promoted himself to becoming Chief Justice of the Supreme Court by writing his own nomination for Lincoln to use. In an unusual move, the Senate confirmed it on the same day with no committee and no discussion, conveniently in time for Chase to orchestrate some of the largest shifts to federal governent control (he then addressed the constitutionality of war legislation, reconstruction, taxes and state regulations).

By the way, Chase Manhattan Bank (now part of JP Morgan Chase) was founded in 1877 and named after Samuel P Chase, but it goes all the way back to the original founding of "The Bank of The Manhattan Company" by Hamilton and Burr . Now you know why his picture is on the 10,000 note.

So, then, why is Woodrow Wilson's picture on the 100,000 Note? Why is he so special? It turns out that Woodrow Wilson's mentor was Colonel Edward Mandell House, an agent for the Rothschild- Warburg- Rockefeller cartel (avowed Illuminists), and was the founder of what is today known as the CFR (Council on Foreign Relations) with chairman Henry Kissinger running the show today. Also, it was House who persuaded President Wilson to sign the Federal Reserve Act whereby President Wilson is quoted as saying "I have unwittingly ruined my country" and later when referring to the Illuminati to be quoted as saying, "there is a power so organized, so subtle, so complete, so pervasive, that they had better not speak above their breath when they speak in condemnation of it."

In 1914, President Woodrow Wilson deployed federal troops in Colorado to suppress a labor dispute. Olson-Wolls pointed out that Wilson ordered the U.S. Army to disarm American citizens -- including state and local officials, sheriffs, the police and the National Guard; to arrest American citizens; to monitor the state judicial process and re-arrest (and hold in military custody) persons released by the state courts; and to deny writs of habeas corpus issued by state courts.

Because of these activities, Wilson earned his picture as a leader in achieving Illiminati's goals with his face on the 100,000 note (never used in general circulation, but only between Fed Res Banks)

Lastly, Abraham Lincoln, who's picture is on the 5, campaigned for Henry Clay (Mason) and Zachary Taylor (Mason) and his wife, Mary Todd was tied to the Satanic Collins group (Mason Order). Lincoln had dozens of friends who were Masons including the best man (James Matheny) in his wedding to Mary Todd.

Lincoln also was a law partner with William Herndon (1844), who interestingly claimed to be an anti-mason, but supported a Mason (Grant) and supported Horace Greeley (close associate to the Mason Henry Clay) and was severely critical of Lincoln's religious beliefs after the assassination indicating that Lincoln may have sided with the Masons but was not committed to their ways and probably the reason he was killed by John Wilkes Booth (Mason). Nonetheless, it's worth noting that in the history of the United States, there have been only TWO Presidential assassinations to ever occur and these conveniently allowed Masons to take over as Presidents (Andrew Johnson, a Mason, took over when Lincoln was assassinated and Lyndon B Johnson, a Mason, took over when JFK was assassinated). These faces of famous Masons are all on the unconstitutional Federal Reserve Notes we use today as a secret advertisement to their ubiquitous nature.

Isn't it interesting how John Adams and John Q. Adams, two of the truest patriots who also became Presidents, do not have their pictures on the U.S. currency? Is it because they weren't Masons (Illuminati) and the current monetary system is?

"The contest for ages has been to
rescue liberty from the grasp
of executive power."
-- Daniel Webster (1782-1852) 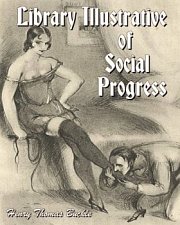