MICROSOFT AND
THE BAVARIAN ILLUMINATI

"The chessboard is the world, the pieces are the phenomena of the universe, the rules of the game are the laws of nature. The player on the other side is hidden from us."
-- Thomas Henry Huxley

"In every grain of wheat there lies hidden the soul of a star."
-- Arthur Machen

"All perception is inferential; all inference uncertain; all theory, a combination of perception and inference, is therefore educated guessing."
-- de Selby, _Golden Hours_, I, 93

These days most people have heard of Microsoft Corporation, and its founder Bill Gates. The majority of computers in use today use Microsoft system software, and those that do not often run applications from Microsoft. However, few people know the true story behind the rise of Microsoft and even fewer suspect the terrible cosmic secrets that are concealed beneath the facade of a successful software company.

In the Object Linking and Embedding 2.0 Programmer's Reference there is a very curious term. On page 78, the second paragraph starts with the sentence, "In the aggregation model, this internal communication is achieved through coordination with a special instance of IUnknown interface known as the controlling unknown of the aggregate." The term "controlling unknown" is a very interesting choice of words. It is not the most intuitively obvious term for what it is describing (a base class used for implementing an object-oriented data exchange/embedding system).

A term strikingly similar to "controlling unknown" was the term "unknown superiors", used by many occult secret societies. These included the Strict Observance Masonic lodge, whose members were sometimes referred to as "illuminati", and which had some connection with Adam Weishaupt's order. "Unknown superiors" is a term that refers to non-corporeal or superhuman agencies in command of secret societies or mystery cults. Such an agency is frequently known as the "inner head" of an order of organisation, as opposed to the outer head, who is human.

Organisations that claimed or were claimed to be commanded by such "unknown superiors" include the Ordo Templi Orientis of Aleister Crowley and the Knights Templar, whose Inner Head was apparently a being named Baphomet.

Apart from the term "controlling unknown", another hint at the secrets behind Microsoft is the fact that Microsoft Windows has a limit of five window device contexts. Five is a decidedly odd number for such an application, being neither a power of two nor one less than a power of two, but let us not forget Adam Weishaupt's discovery of the Law of Fives in the Necronomicon*.

Few people for sure how many buildings there are in the Microsoft campus in Redmond, WA. No maps of the entire facility are known to exist. Some Microsoft employees put the estimate at six or three. An article in an Australian newspaper has claimed that there are 22 buildings. That is partly true; however, there is another building, hidden from the public and even from most Microsoft employees. The twenty-third building, or Building 7, is pentagonal in shape; its exact location is known only to five people (of whom Bill Gates may be one), however it is believed that the building is accessible from elsewhere in the Microsoft campus by a secret passage.

What is in the five sided building is not known. However, it is believed that the contents of Building 7 are of a supernatural nature. Apart from the Pentagon, there was a similar five-sided building in Nazi Germany. This has been carefully kept hidden from the public. One hypothesis is that Building 7 is inhabited by, or used to communicate with, the Inner Head, or "controlling unknown". The identity of the Outer Head is unknown. Bill Gates may be the Outer Head, a high initiate of the conspiracy or just a figurehead whose purpose it is to divert attention.

To fully understand this history, or whatever of it may be understood by human minds, one must have some knowledge of the history and origins of the Illuminati. Little is known about the Illuminati, but what is known is that the Illuminati can be definitely traced back to 1776.

On Walpurgis night 1776, five men met in a cavern deep beneath Ingolstadt, Bavaria. There they invoked some sort of supernatural beings and made contact with the Unknown Superiors. The following day, one of these five men proclaimed the foundation of the Ancient Illuminated Seers of Bavaria, using the name "Adam Weishaupt", which means "the first man to know the Superiors".

Although the Illuminati were officially disbanded in 1785, they did not disappear; throughout the past 200 years, they have been observing the profane world carefully, and occasionally intervening (as they did in Sarajevo in 1914, St. Petersburg in 1917, Manhattan in 1929 (to divert attention from a rather unpleasant affair off the coast of New England) and Dallas in 1963 to name a few cases. Their contacts with the Unknown Superiors continued in specially constructed buildings, originally in Germany but later in Washington. During the 1920s and 1930s there occurred a potential problem; a young writer named Howard Phillips Lovecraft published many stories which contained allegories to Illuminated history (for example, Joseph Curwen's invocation of "Yogge-Sothothe" in an underground complex in the 18th century). It is believed that Lovecraft's father was a Grand Orient Freemason. The Illuminati, however, persuaded Lovecraft to join their cause and faked his death in 1937 (Have you ever wondered why his grave is not marked?) Another incident occurred on October 21, 1967, when occultists attempted to "raise" the Pentagon; they were given permission to approach it but prevented from completely encircling it. However, in 1975, a crisis developed that threatened the very foundation of the Illuminati.

A book, claiming to be a fantasy novel, appeared. This book was mostly fiction; however, it hinted at the secrets of the Illuminati (even going as far as using Lovecraft's term "Yog-Sothoth" for the Unknown Superior). To this day it is not known whether the authors were renegade Illuminati or whether the information was acquired from informers within the organisation. The book was called Illuminatus!

Immediately, the Illuminati convened an emergency meeting in Cesme, Turkey. There they discussed a contingency plan to restructure the organisation and to move the Pentacle of Invocation to a new location. They decided on setting up a small computer company in one of the smaller cities of the United States as a front. That year, Microsoft Corporation was founded.

But why did the Illuminati select a software company and not, say, a company that manages investments or makes kitchen appliances? The answer lies in symbolism (Perhaps because of their invlovement in mystick arts such as the Cabala, the Illuminati have always had an affinity for symbolism). There is a recurring legend about a device in the form of a human head which could answer yes/no questions (some link this device to the Knights Templar and their god Baphomet; others claim that Pope Sylvester, who lived in the tenth century, brought such an object back from India, where he met the "Nine Unknown Men"). This device is extremely suggestive of a computer of some sort, and if it did exist in anything more than hermetic allegory, it could not have been manufactured by any human civilisation of the time whose existence is known. Hence, the Illuminati decided to use a computer company as a front.

It has been already speculated that the name of the founder, Bill Gates, is a code much as "Adam Weishaupt" was a code. Apart from being the name of a magician in Aleister Crowley's novel, "Moonchild", Gates is a reference to the Unknown Superior and the gateway between ordinary reality and the Invisible World; Lovecraft himself referred to Yog-Sothoth as "the Gateless Gate". By the same token, IBM can be said to stand not for "International Business Machines" but rather for "Iacobus Burgundus Molensis", or Jacques de Molay, the last overt Grand Master of the Knights Templar, whose name was borrowed by the Bavarian Illuminati for one of their ciphers. One must also not forget that a Microsoft network administration tool currently under development is named Hermes, after the god of alchemy, and that a line in Umberto Eco's novel, _Foucault's Pendulum_ reads, quite clearly, "Microsoft-Hermes".

UN-authorised CAPITALISATION and DISSOCIATION of this IMPORTANT INFORMATION is ENCOURAGED.

* Some sources claim that the copy of the Necronomicon which Adam Weishaupt owned was the von Junzt German translation; this, however, is unlikely, as von Junzt lived in the nineteenth century. The Necronomicon involved was probably either Olaus Wormius' Latin edition or the original Arabic, as the details of the illustrations would attest.

This file sent in by T of DC 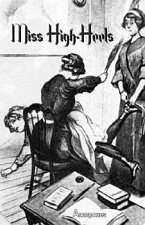