Constitutionality of a Pledge

I've been listening and reading about the flack over the Pledge of Allegiance ruling by a U.S. Circuit Court being unconstitutional.

From my own previous studies, most of the rhetoric being espoused by those upset over their 'perception' of the ruling is borne out of ignorance of how the U.S. government actually does things.

The courts can only rule on the U.S. government's application of such a pledge. The U.S. government is also limited in 'promotion of' or establishing a religion, and at the same time responsible to all of us for guaranteeing OUR right to any religion or no religion that we choose.

The doctrine of separation of church and state is ONLY a court decision, without force in law, since there have been no laws forthcoming from congress which establish a religion. The U.S. government's actions regarding religions are certainly up to scrutiny by the courts and the people.

The actual genocide of a group of people, (which had, at the time, never been charged with a crime or found guilty by any jury), by the U.S. Secretary of the Treasury, Lloyd Benson, near Waco, Texas was, in fact, a government violation of all inherent rights of those people. The massacre of that church of people denied them their right to worship in the manner they chose. Every right of those people, moral, legal and lawful -- was denied to them by the U.S. Government.

Since witnessing that massacre and genocide, I, for one, renounced all allegiances to the United States Tyranny for which it now stands. Any attempt to force a person to "pledge allegiance' to a tyrannical and terrorist government such as the United States -- IS UNCONSTITUTIONAL! There are biblical doctrines, which many religions follow, that do not allow them to 'pledge allegiance' to a flag or a nation. Give unto Caesar what is Caesar's - but never swear an oath to anyone. There are ancient Torah concepts that warn against even saying a 'vow' to god himself.

Under the recognized military law, the U.S. Government can indeed force and require any servant under the military and the executive power to 'pledge allegiance' and any other oaths they want to require. It's a much longer and more tedious process to reverse such a ruling in the military tribunals. Those servants to the military are actually 'property of the United States government' and are 'paid slaves' of the government.

Can the schools require a person to 'learn' the Pledge of Allegiance? Since the constitution is moot on the matter, then yes a teacher has the right to 'teach' the pledge to students -- the same as teaching the constitution or Magna Carta to students. The teacher cannot, constitutionally, FORCE or require any one to 'pledge an oath' to the flag or the nation. There you have violated a person's rights.

When forced or required to make a pledge in the civilian world, the oath, by law, becomes of none-effect, since the pledge was made under threat, coercion, duress or even by bribe (good grade), in violation of inherent rights.

I was taught the pledge was originally a non-government writing. It was authored by one of us, we the people. If I remember correctly, the original once stated 'to the Republics, for which it stands" -- This is the correct form of the original united States of America, as intended by those that established this confederacy. Was the construct of the thought to mean 'IT' was the flag? I think 'IT' was the U.S. government - 'IT' was not a republic -- The States of the Confederated Union were the REPUBLICS -- and the stars in the flag are evidence of those REPUBLICS. The United States is NOT a republic, it never was. It was a central government established on ten miles square, for the common defence and common cause of the REPUBLICS. It was never a nation in its own right - it was a confederacy of nations, just like the European Union says that it is. Right now the EU is a confederacy.. but the underlying goal is to create a United States of Europe, which can be controlled (enslaved) by a central government.

Was the Pledge of Allegiance ever made law? I cannot find records of Congress that actually made the pledge law -- They knew better than that -- You might find it under a resolution of Congress, which by nature, resolutions have none-effect of law. Resolutions are not laws. Normally, they are used for declaring holidays, honoring certain people, -- they are decorations -- they are a consensus of the representatives in Congress -- but still they have no force in law. Codes and regulation and policies are not laws. Executive Orders are NOT laws. Congress or the US Government can make a law binding employees of the Federal government and the military to a pledge or oath, but questionable that the elected representatives could be forced by the Federal Government to any pledge.

If Congress did make such a pledge 'law' -- operational upon the civilians or the states, then Congress operated outside its delegated authority - and that action is what is unconstitutional -- not the pledge itself. The pledge remains 'non-constitutional'.

Was adding the words 'under God' unconstitutional? In the strictest sense NO! The entire pledge is a non-constitutional issue, therefore, adding 'under God' is also a NON-CONSTITUTIONAL issue. Yet, in many, many cases the words can be and are offensive to many people. The inter-relationships of the many religions and the U.S. government cannot be denied, erased or eliminated. The same cannot be denied to people of no religion or atheism. We are supposed to be equal under the law, though there is little evidence that the courts are applying this doctrine.

If one is a civilian, and was NOT FORCED to pledge allegiance -- there is no violation of rights. Having to listen to it, is not violation of a person's rights -- it is a minor discomfort which one has to tolerate, and allow the others 'their right' to pledge if they so choose. I feel the same about public prayers. I can't stand to listen to them most of the time, they are discomforting to me personally, but I cannot and would not stand in the way of the others exercising their rights to have their prayers. The action and question remains, were the people saying the pledge, due to law or by voluntarily reciting it? If volunteering, then there was no infraction or violation of rights.

Forcing someone to honor a 'God', which they don't believe in -- is as immoral and distasteful as forcing them to honor a piece of colored material -- a flag. Again, I have no love, nor can I honor, or respect a piece of material that stands for the United Tyranny in America. I would honor and respect those wishes and dreams of a free nation that the people established originally. I would love a U.S. Government which obeyed it's role regarding the Bill of Rights, FORCED upon the US government, by Virginia and the other REPUBLICS for which IT stands.

It is my belief or suspicion that the 9th Circuit Court, delivered this so-called decision in light of the 'waning' of emotional 'trumped-up' patriotism (problem), only in an effort to generate publicity, so the media could control the reaction -- and the solution sought is more 'US Patriotism' -- raising its head to unwittingly give authority to the tyranny and unlawfulness of President Dubya and his cohorts in tyranny and despotism.

This entire issue is moot and the courts are playing on the public sympathy and reaction. The courts are not abiding by law or constitution. There is however one unconstitutional, unlawful, and illegal, U.S. authorized private entity operating on the soils of REPUBLICS of the United States, which has preyed on the people, extorted the people, unconstitutionally jailed people, and responsible for poverty in the REPUBLICS -- that is the private trust of the Secretary of the Treasury, known as the IRS. Why don't the courts address this matter instead of being publicity seekers and pawns in the game? 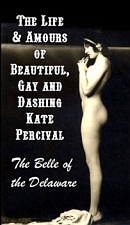