GANGSTA RAPPERS GET PAID
AND GET FRONTED BY "THE BEAST"

"Thus, for example, breaking up the ghetto culture of defiance that unfits so many black youths for peaceable participation in civil society may be eminently desirable" -- From the article "Winds of Change", Foreign Affairs, Fall issue 1990

As certain rappers get drawn into the clandestine network which is motivated by national security policies, they eventually can be made into mouthpieces for social engineering activities where propaganda (ideological communication) is the preferred weapon for what amounts to "quiet warfare." This propaganda is increasingly encouraging self-destructive behaviors as well as policies which limit fertility or draw larger numbers of youth into highly-promoted activities (which can include HIV testing and condom distribution). Some of these activities, such as consuming dangerous alcoholic concoctions, can be completely contradictory to the values and long-term self-interests of the hip hop generation. An example is promotion of the deadly 40 ounce malt liquors.

As my brilliant friend Alfred "Coach" Powell, the author of the landmark book Message in a Bottle: The 40 Ounce Conspiracy, has illustrated, certain high-profile rappers have been recruited by major corporations to deliver masses of black and brown youth as consumers of one of the most dangerous alcoholic beverages ever manufactured -- the deadly 40 ounce malt liquors. Coach Powell refers to these malt liquors, which are disproportionately marketed primarily at urban youth as "psycho-bio chemically engineered drugs" laced with substances which undermine the mental and reproductive capabilities of its consumer. How have hip hop artists been so short-sighted as to have been co-opted to promote this chemical warfare which has been linked to the deaths of so many of their fellows? When will they declare that their generation has suffered enough such exploitation?

It's painful to witness creative and talented young artists like Ice Cube, Eazy E, Snoop Dogg, Tupac Shakur and Biggie Smalls collaborating to advertise various lethal brews from McKenzie River Corp. including the discreetly-named ST. Ides (which Coach explains to mean "Satan" Ides -- he points out that to name an alcoholic beverage after a religious symbol would violate liquor manufacturers' promotional codes). This stands contradictory to the natural instinct that the Black community is obligated to protect our reproductive-age youth from attack by hostile forces. Though all of these young men except Cube have suffered frequent high-profile encounters with the law seems to be no obstacle to their being hired as spokesmen for the breweries and their advertising agencies. To the contrary, defiance against authority is part of the attraction here, including defiance against those community and family members who would love these youth the most.

And as Coach Powell points out, these advertisements are many times loaded with eroticism and disturbing esoteric images subliminally advocating Satanism and death to members of the hip hop generation. At what point do we hold responsible those who's life of deprivation and hunger has reversed itself and now they are getting fat off the continued suffering of the larger mass of urban youth? Gangsta rappers must be made to understand that they cannot make a comfortable life for themselves while selling out the enlightened self-interests of their fellows -- hell, that makes them seem too much like run-of-the-mill African-Americans religious leaders and politicians who seemed to have ingrained a culture of selling out one's greater strategic interests for a few shekels or a pat on the head from Massuh!

This examination of the links between many of the leading artists of the rap/hip hop music culture and the anti-population conspiracy against Blacks is too detailed to be explained within the limited space of one article. I myself was little-prepared for many of the shocking revelations which appeared as this story unfolded. I sit and write as fast as my fingers will propel this computer keyboard but know that I will only be able to commit a portion of the findings which are being revealed in this investigation. And because this research project has relied on so many documents, some from government and private industry sources, to fully comprehend this would require mounds of explanation and documentation.

There is another group within the hip hop generation which has been cooperating with hostile external forces opposed to the interests of the community. This time it is blacks working within the "entertainment" media of film and television. Modern "black exploitation films" such as Boyz in the Hood, Menace II Society, Sugar Hill, Poetic Justice, Set it Off, Don't Be a Menace, Bullet, Juice, the House Party series, Phat Beach, Booty Call, etc, etc, -- these movies, which can range from irrelevant minstrel shows to how-to crime instruction, and are undermining the values and logic of the youth. In turn they are feeding a sinister form of propaganda to the world that black and brown youth within the inner cities of America are out of control and a lethal threat to a civilized society, that they are irrelevant and unnecessary -- useless eaters and excess population. These images are in the films, the made-for-urban-youth TV sitcoms, daytime talkshows, as well as in the music videos. They are not absolute, but they are pervasive.

Powerful media conglomerates with names such as Time Warner, MCA, Viacom, News Corp. and others have set up fiefdoms within the United States through which they exert a disproportionate controlling affect on various communities. These huge private corporations are led by powerful individuals such as Gerald Levin (Time Warner), Edgar Bronfman (Seagrams, Universal Music Group, MCA), Sumner Redstone (Viacom) and Rupert Murdoch (News Corp.). Their corporations operate as mini-fiefdoms which serve the interests of the U.S. national security establishment on covert operations designed to satisfy their mutual self-interests.

Within the hip hop community this devilish network has worked its hidden hand by controlling and manipulating the images of rap and hip hop artists, selectively distributing music and videos which serve to undermine the ability of urban youth to assume their rightful place in history. Ultimately this network of control can extend to assassinations of rappers -- the cases of Tupac Shakur, Biggee Smalls and others, including Eazy E who was so bold as to have tried to interrupt the powerful Sony/Columbia Corporation as it exploited hip hop artists. Eazy filed a "civil racketeering suit" against Sony on August 23, 1991, for the type of deals which pulled artists such as Ice Cube and Dr. Dre away from his (and Jerry Heller/Mike Bourbeau) Ruthless Records. This hidden hand must be exposed and its power shut down!

A 1968 FBI memo details the intent of the U.S. COINTELPRO program against black nationalists and urban youth. It contains the following quote: "The Negro wants and needs something to be proud of. The Negro youth and moderate must be made to understand that if they succumb to revolutionary teaching, they will be dead revolutionaries. Is it not better to be a sports hero, a well paid professional athlete or entertainer, a regularly paid white or blue collar worker, a peaceful human being with a family, or a person who at least is being accepted, than a Negro who may have got even with the establishment by burning it down, but who along with this, burned down his own home and gained for him and all his people the hatred and distrust of the whites for years to come." Could it be proven that a program such as COINTELPRO (TOPLEV) would be operational inside of hip hop music in the 1990s?

NOTE: this site has not seen and cannot endorse the book - It may or may not be of value to you 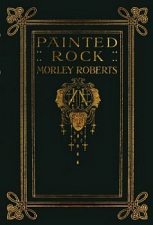