Suppose it had been reported that 26 years ago Rick Lazio – or, better still, Rudy Giuliani – bitter at having lost a congressional election, had launched into his campaign manager and called him to his face a "fucking Jew bastard." How would Hillary Clinton have reacted? More than likely she would have professed herself profoundly "disturbed." After repeatedly demanding a full explanation, she would at some point have shown magnanimity and made a great show of "accepting" her opponent's denials, while insisting that he commit himself to fighting bigotry and prejudice for the rest of his life and to the enactment of "hate crimes" legislation.

The truth is, there are few more vicious practitioners of the politics of "antiracism" or "anti-anti-Semitism" than Hillary Clinton. Which is why her current predicament is so richly deserved. In State of a Union, Jerry Oppenheimer lists three witnesses to Hillary's alleged outburst: the target himself, Paul Fray; his wife Mary Lee; and Neil McDonald, an Arkansas political consultant. Their assertions are not exactly resonant with credibility, but then neither are Hillary's denials. As Mickey Kaus has pointed out, Hillary contradicted herself at her Westchester press conference: "First (according to an unofficial transcript) she said, 'And the president and I were the only other two people there, with the two people who were there, and it did not happen.' Later she said, 'I don't remember being in the room. If there was a meeting between the president and me and the two of them I don't have any recollection of what they're talking about.'"

While the supposedly acutely intelligent Hillary is unable to recall much, her husband remembers the meeting very clearly: "She might have called him a bastard. I wouldn't rule that out. She's never claimed that she was pure on profanity."

Hillary is now invoking the usual sanctimonious piety about the "continuation of the politics of personal destruction that I think is so bad for our country." Yet slander and "personal destruction" are her specialty. Earlier this year she told the Independence Party, the New York wing of the Reform Party, that she would never run on its line. "I cannot and will not, as the price for any endorsement, embrace or excuse those who use hateful rhetoric to separate and divide," she droned on self-righteously. "If this party allows itself to become defined by the anti-Semitism, extremism, prejudice and intolerance of a few shrill voices of both the right and the left, you will be doing yourselves and our state a great disservice."

Recently she also issued a dreary denunciation of Pat Buchanan and "his history of anti-Semitic, divisive and intolerant comments." Hillary never bothers to justify any of her insulting and outrageous characterizations. She is only out to destroy her opponents' reputations. No doubt Hillary – original as ever – saw Buchanan as a safe target for abuse. Yet no one – not Norman Podhoretz, not Abe Foxman of the ADL – has ever come forward to say that Buchanan used language as crudely anti-Semitic as Hillary's allegedly was that night.

Even during the present senatorial campaign, Hillary has not passed up the opportunity to play the "anti-Semitism" card. In January, at an event organized by CORE, Mayor Giuliani appeared on the same dais as Jorg Haider, leader of Austria's Freedom Party. Giuliani did not know that Haider was there. Hillary demanded to know what Giuliani was doing hanging out with Haider. She also released a letter she had written to Edgar M. Bronfman, president of the World Jewish Congress, asking people to "express their concern" about Haider's joining Austria's government. Haider's record of "intolerance, extremism and anti-Semitism should be of concern to all of us," Clinton wrote. (The words are identical to the ones she used to characterize the Reform Party and Pat Buchanan. Hillary is a slave to the cliche.)

The First Lady also likes to put the Holocaust to good use. Back in 1996, when she was a target of Kenneth Starr's investigation, she showed up at her husband's State of the Union address accompanied by Elie Wiesel.

The Clintons, however, are fortunate in their enemies. Just as Hillary's campaign was floundering, this silly little story from 26 years ago came along, which could well propel her to victory in November. Suddenly the woman seems almost sympathetic, as Rupert Murdoch's hacks trot out once more the tired litany of complaints. She is attacked for not condemning loudly or early enough Suha Arafat's accusations about Israelis firing poison gas at Palestinian children. In 1998 she called for the establishment of a Palestinian state. She is also attacked for waffling on Jerusalem, describing it on one occasion as "the eternal and indivisible capital of Israel," while at other times insisting that its final status must await a negotiated settlement.

The silliest piece, as usual, was Andrea Peyser's: "Jews don't need to believe she called anyone, Jewish or otherwise, a 'f---ing bastard' to realize that the woman has long displayed indifference, bordering on hostility, to Jews." Hostility to Jews! How? When? We are back to the old story of Hillary's time as chairwoman of the New York-based New World Foundation in the 1980s. According to Peyser, the foundation "awarded $15,000 to an organization that openly funneled cash to two groups controlled by the Palestinian Liberation Organization." So we have $15,000, hardly a king's ransom, going to one organization that sent the cash on to two other organizations that allegedly were "controlled" by the PLO – whatever "controlled" may mean – which is now Israel's chief negotiating partner in the Middle East. "She just doesn't get it," Peyser concludes.

Few of us do. Thank you, Rupert Murdoch. We'll now have the Clintons to kick around for another six years. 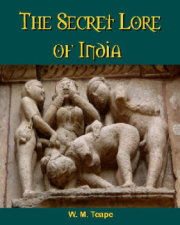