Barak embarks on the fundraising trail among American Jews

NEW YORK - Labor Party Chairman Ehud Barak is making a concerted effort to round up a large number of American donors for his campaign to become prime minister.

At this stage, get-acquainted talks are being held with wealthy American Jews who are taking an interest in issues that are also on Labor's agenda, such as opposition to the "Conversion Law" which is being promoted by Israel's Orthodox and ultra-Orthodox communities but is adamantly opposed by the Reform and Conservative movements. Following the overtures, Barak plans to re-contact these well-to-do Jews and see whether he can rely on their financial support.

Those being courted include Edgar Bronfman Jr., owner of Seagram, the liquor manufacturer, whose father gave his support to former Prime Minister Shimon Peres; and Dan Abram, owner of Slim Fast, the diet food company, who has established the Center for Peace in the Middle East and is known to harbor dovish views., Last month Barak attended the General Assembly of the Council of Jewish Federations in Indianapolis, Indiana - a prime fundraising arena. Assailing the conversion law for the first time in public, he drew an ovation.

Journalist Yoav Yitzchak wrote in Globes yesterday that the money was apparently funneled via one of the associations working for the election of Ehud Barak. The existence of this contribution was reportedly hidden intentionally from the State Comptroller, whose investigation of the Labor party and Barak campaigns several months ago led to a 13.7-million shekel fine on the Labor party and the opening of a police investigation. 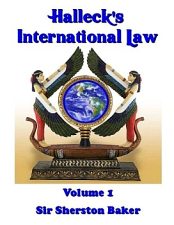