EDGAR BRONFMAN'S
DECLARATION OF WAR
AGAINST THE INTERNET

"Anonymity, on the other hand, means being able to get away with stealing, or hacking, or disseminating illegal material on the Internet - and presuming the right that nobody should know who you are. There is no such right. This is nothing more than the digital equivalent of putting on a ski mask when you rob a bank."

"Under our Constitution, anonymous pamphleteering is not a pernicious, fraudulent practice, but an honorable tradition of advocacy and of dissent. Anonymity is a shield from the tyranny of the majority."

When Seagram CEO Edgar Bronfman Jr. addressed the Real Networks annual conference in San Jose, he spoke at length about Napster and anonymous file-sharing. His speech, subsequently published on the Seagram website, is nothing short of remarkable, considering CEOs of huge multinational corporations rarely allow us the benefit of their true feelings about situations they perceive as threatening. Normally, such language is left to corporate lawyers and fellow travelers in the corporate media. Sounding oddly like a general addressing assembled troops, Bronfman pledged to "take our fight to every territory, in every court in every venue, wherever our fundamental rights are being assaulted and attacked."

The threat he rallied against at the conference is allegedly posed by Napster and Gnutella, both which he mentioned by name and essentially declared war upon. As any seasoned war strategist might, Mr. Bronfman invoked scary images of the enemy - in much the same way the U.S. government conjured up scary images of evil Japanese rapists during the Second World War. Bordering on near religious zeal, Bronfman put his faith behind "more robust methods of security" capable of monitoring and tracking "down those who ignore right from wrong... hackers and spies, pirates and pedophiles." In a tone and directness likely to be admired by General Patton, Mr. Bronfman concluded his speech with the following: "Let this be our notice then to all those who hold fairness in contempt, who devalue and demean the labor and genius of others, that because we have considered our actions well and because we are followers without reticence of a clear and just principle, we will not retreat."

We should take note when powerful CEOs talk like military generals, especially in regard to MP3.com, which has a more defensible argument in favor of copyright fair use than Napster will ever hope to have. It is significant that this corporate CEO felt compelled to speak so strongly against one of the basic tenets of file-sharing: anonymity. Apparently not satisfied with court rulings against MP3.com's file-sharing service, or the impending doom of Napster, Mr. Bronfman and the entertainment industry will not rest until they eliminate the very essence of what they see as the largest threat facing their industry: anonymous file sharing. If Bronfman's speech is any indication, open and anonymous file-sharing - regardless of the ownership status of the files shared - is a threat so ominous, so life threatening that he and the industry will stop at nothing to wipe out an entire technology and theory of distributed computing.

"We must restrict the anonymity behind which people hide to commit crimes," General Bronfman explained. "Anonymity must not be equated with privacy. As citizens, we have a right to privacy. We have no such right to anonymity." Is he telling us that we have no right to anonymity in any format? Or is he referring specifically to anonymity in the transference of files over the Internet? Shall this limitation and outlaw status be imposed on email, FTP, Usenet, and IRC as well? If so, Mr. Bronfman is taking an offensive swipe at one of the basic premises of the Internet - in fact, he is sucker punching the very architecture of the Internet itself. "We need to create a standard that balances one's right to privacy with the need to restrict anonymity, which shelters illegal activity," Bronfman declared. Is he suggesting this standard be one of technical protocol, forced on the millions of people who use the Internet daily - many of whom take comfort in the relative anonymity of free speech on web boards and discussion groups such as Usenet? It would seem, for Bronfman, the only flavor of data on the Internet is of proprietary and exclusive nature. In his world, this may be the only kind of information worth consideration and protection.

It is instrumental to note that Bronfman believes only illegal, evil, and injurious activity occurs with anonymous file-sharing - or, for that matter, file-sharing in general (that is, if it is not controlled by corporate interests). If large entertainment corporations cannot ensure people will not share what these corporations have staked out as their owned intellectual property, they will move forward in an effort to wage protracted battle against one of the essential underpinnings of the Internet. "And if the Internet should require an unjust and unfair paradigm in order to perpetuate itself, then it too will crack, crumble and collapse, and it won't take five decades of Cold War politics for it happen." In other words, the industry will continue its legal, political, and public relations warfare until the Internet is either destroyed or has mutated into something the entertainment industry can live with.

Anonymous file-sharing, posting, web surfing, and email are often used to communicate unpopular beliefs and opinions as well as supposedly illegal files of copyrighted content. In China, for instance, anonymous Internet activity is strictly forbidden. It can get you locked in a prison where you are forced at gunpoint to make products to be sold to westerners. The Internet offers a unique and effective communication channel for political dissidents - as did liberated copying and fax machines for activists in the former Soviet empire. In America, apparently so enchanted with the new kingdom of corporate wealth and omnipresence, many of us assume file-sharing is a crowbar designed to pry open the lid to Pandora's noxious box of social and capital evils. In the process of locking down and commoditizing all cultural assets deemed profitable, corporations are demanding we abandon - under penalty of law - an emerging technology capable of increasing not only public awareness of important contemporary issues, but also stifling the expression and debate of ideas and opinions possibly deemed wrong or heretical by others. If corporate interests must be moderated in the pursuit of that speech - some of it anonymous - so be it. We can no longer allow self-interested corporations to dictate the introduction of technology and the free dissemination of ideas.

I'm sure Thomas Jefferson would agree. 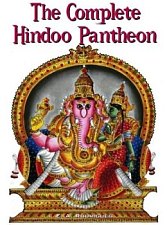