The reasons may have more to do with organizational rivalries than with high moral principle, but it is nonetheless gratifying to see the growing Jewish opposition to the Holocaust mercenaries.

The latest evidence is an article by Theo Klein, a leader of the Jewish community in France. "The true issue is the dignity of the Jewish people," he writes. "How is it served by campaigns to seek compensation in the manner of enterprising law firms that initiate class–action suits as soon as a plane crash has occurred?"

Behind his criticism is a resentment, not even thinly veiled, of American Jews who, in grasping for the international gold, presume to be acting on behalf of all Jews. Klein speaks of "Jewish organizations based in the United States that often know nothing about the [crimes] for which restitution is requested." Klein declares that he rejects their "blind and arrogant approach."

It is not insignificant that Klein’s statement appears on the op–ed page of the New York Times, signalling a broader challenge to the campaign led by the World Jewish Congress. In that connection, one recalls Voltaire’s observation that the Holy Roman Empire was neither holy, nor Roman, nor an empire. The World Jewish Congress is neither a world organization nor a congress. It is a private project bankrolled by billionaire Edgar Bronfman and led by the very aggressive Rabbi Israel Singer.

Whatever the institutional politics involved, the challenges to the WJC campaign raised by such as Abraham Foxman of ADL and Theo Klein are welcome. The latter is right to say that at issue is the dignity of the Jewish people, and of the victims of the Holocaust. Their memory is desecrated when it is exploited in money–grabbing schemes that are hard to distinguish from extortion. 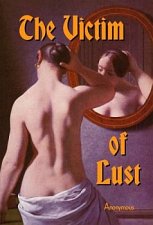