Bronfman accused of Criminal Negligence by a worker, during a 17 million dollar lawsuit filed by Bronfman neighbor

FIREPLACE installer Christopher Willis might have enjoyed visiting two hot babes sharing an East 67th Street apartment - except that they were spitting mad their clothes were being ruined by falling bricks and plaster dust. Willis is a key witness in the case against Seagram heir Matthew Bronfman, who is being sued by the landlord next door.

As we reported two weeks ago, lawyer Stuart Shaw, whose five-story apartment building shares a wall with Bronfman's landmark townhouse, wants to collect damages he claims he suffered during Bronfman's $17 million renovations. Willis, who worked on Bronfman's fireplaces, came forward to support Shaw's claims with an affidavit after reading the PAGE SIX story. Willis says that more than once he had to go next door to Shaw's building to "placate" two female tenants. "They were two young blonde women," Willis writes, "attractive, in their 20s, and one was a Ford model. They were furious ... their clothes were soiled and the room was full of debris."

Willis also says another blonde who lived in the penthouse of Shaw's building complained that men working on Bronfman's house were "relieving themselves" on her roof, and once cut her phone lines. Willis is prepared to testify that Bronfman's misdeeds constitute "criminal negligence." 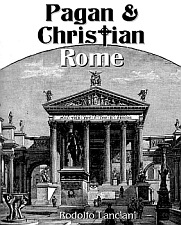