Perpetrators of the holocaust against Christian Russia transform themselves into "survivors" of a holocaust.

The portraits at left are of the same man but in two different incarnations.

On the far left we see Martin "Gray" in retirement after a successful career peddling fake antiques to gullible collectors.

He is holding his mass market paperback, For Those I Loved, which is filled with his exploits as a saintly "Holocaust Survivor" who was supposedly forced to help clear bodies out of the Treblinka "gas chamber."

The earlier portrait is of the youthful Gray as a highly-decorated officer in the Soviet NKVD (the savage forerunner of the KGB), responsible for the murder of millions of Christians in Russia and Eastern Europe.

Even establishment researchers have had to admit that Gray's book is as phony as the antiques he peddled.

But Gray's scam is symbolic of countless other Communist ghouls who have managed to land on their feet in the West, disguised as poor, persecuted "Survivors of the Holocaust" and feted as the saints and martyrs of the universe.

Meanwhile the holocaust they perpetrated against millions of Christians slips further down the dark environs of Orwell's memory hole. 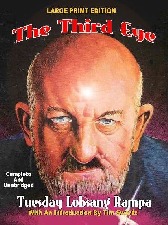