From CIA to USC
Biography of a Trustee

(This essay first appeared as a leaflet at the University of Southern California in 1977.)

Many USC students are aware that the roots of Watergate were nourished by the dirty tricks and political intrigues of Ronald Ziegler, Dwight Chapin, Gordon Strachan and Donald Segretti when they were students on this campus. The USC environment during the early sixties provided these student-government power brokers with experience and training that proved useful a decade later, especially after cross-fertilization with the USC alumni talents of H.R. Haldeman, Herb Klein and Herbert Kalmbach.[1]

Much less is known about USC trustee John A. McCone. His exploits make Watergate look like a mild diversion from the workaday world of international covert operations. While Watergate had its amusing moments, McCone's career is much more sobering. Millions of lives have been affected by his intrigues. When playing politics at McCone's level of sophistication, one does not bargain with slush funds and short prison terms, but with the future of entire nations.

McCone began in the steel industry before World War II, and from 1941-1946 he was president and director of the California Shipbuilding Company. According to the 1946 testimony of Ralph E. Casey of the General Accounting Office, California Shipbuilding made $44 million in wartime profits on an investment of $100,000.[2] After the war McCone was Deputy to the Secretary of Defense (1948), Under Secretary of the Air Force (1950-1951), and Chairman of the Atomic Energy commission (1958-1961).[3]

While a Cal-Tech trustee in October, 1956, McCone criticized ten Cal-Tech scientists for supporting Adlai Stevenson's mild proposal for a nuclear test ban. McCone, an Eisenhower campaigner, accused the scientists of being "taken in" by Soviet propaganda and of attempting to "create fear in the minds of the uninformed that radioactive fallout from H-bomb tests endangers life." The scientists felt that McCone was trying to get them fired.[4]

After the Bay of Pigs fiasco, Kennedy tried to appease the right-wing by appointing McCone as CIA director.[5] McCone's tenure at the CIA lasted from November 29, 1961 to April 11, 1965. He became a director of ITT and a USC trustee in 1965, while remaining a consultant for the CIA at least through 1970.[6]

McCone resigned in 1965 partly because the CIA's intelligence sources in Vietnam were being ignored by Johnson in favor of the Pentagon's more optimistic sources. The Pentagon Papers depict McCone as one who recognized the futility of Vietnam sooner than most policy makers. He objected to U.S. policy on the grounds that it could not be successful and advocated the use of increased force.[7]

During McCone's tenure at the CIA, the secret war in Laos (secret from Congress and the public), organized and directed by the CIA, increased to major proportions.[8] Diem was overthrown in 1963 with CIA assistance,[9] and the CIA ignored the Mafia/Saigon-government heroin connections that were developing.[10] After 1965 the heroin trafficking moved to Laos in a big way and received important logistical support from the CIA.[11]

The CIA assisted efforts to overthrow Sukarno of Indonesia in 1958,[12] but almost nothing has been revealed about CIA involvement in the 1965 coup and its aftermath. There is no doubt that CIA penetration of Indonesia's post-1958 government was substantial.[13] Although Indonesia received little attention in the wake of U.S. escalation in Vietnam, it was not a minor event -- 300,000 to 1 million workers, peasants, intellectuals and soldiers were slain after the coup,[14] and between 30,000 and 100,000 political prisoners are detained today under the most wretched conditions.[15] McCone may have had a special interest in Indonesia. While CIA director he owned $1 million in stock from Standard Oil of California, which had extensive operations there.[16]

While McCone was director the CIA was heavily involved in the Congo, supplying mercenaries and arms to the supporters of Adoula and Mobutu.[17] They also trained and equipped Tibetan rebels[18] and orchestrated many of the events that led to military rule in Ecuador in 1963[19] and Brazil in 1964.[20] And the threat of Allende in Chile's 1964 election prompted the CIA and other agencies to funnel up to $20 million to his opponents.[21]

Several attempts on Castro's life were sponsored by the CIA after McCone took office, but no documentary evidence exists to counter his claim that he knew nothing about it. McCone's successor Richard Helms is skeptical of his testimony: "He was involved in this up to his scuppers just the way everybody else was that was in it, and ... I don't understand how it was he didn't hear about some of these things that he claims that he didn't."[22] Perhaps McCone also had no knowledge of the CIA's drug experiments on unsuspecting citizens that occurred during his tenure.[23]

The Warren Commission investigated the assassination of Kennedy while McCone was CIA director. There is considerable evidence that the CIA (and FBI) obstructed certain avenues of inquiry.[24] Apparently the Warren Commission report turned out to the CIA's satisfaction, for in 1967 they directed their field offices to "employ propaganda assets" to refute the report's critics.[25]

The cover-up continues to this day. Independent investigators of the John Kennedy assassination have found new life and new leads in the connections between the CIA, Howard Hughes, the Mafia, and the anti-Castro exile community.[26] Recent leaks from the government, on the other hand, seem designed to place the blame on Castro.[27] Such a second-level cover-up appears likely, especially in light of the recent assassinations of Sam Giancana and John Roselli (they were part of the CIA/Mafia/anti-Castro network and were willing to talk about it),[28] and the apparent suicide of George de Mohrenschildt.[29]

McCone certainly knows more than he's telling, but he is not likely to reveal anything voluntarily. Before resigning as CIA director, McCone attempted to suppress the publication of The Invisible Government by David Wise and Thomas B. Ross, two independent journalists.[30] And his record after leaving the directorship is hardly better.

In 1965 McCone was appointed by Gov. Brown to investigate the unrest in Watts. The McCone Commission included USC trustee Asa V. Call, and after spending nearly $300,000 in tax money the report was released in December, 1965.

The California Advisory Committee to the U.S. Commission on Civil Rights did not think much of McCone's efforts: "The report is elementary, superficial, unorganized and unimaginative ... [exhibiting] a marked and surprising lack of understanding of the civil rights movement.... The McCone Commission failed totally to make any findings concerning the existence or nonexistence of police malpractices."[31]

McCone deserves equally poor marks in Latin American studies. As an ITT director and CIA consultant, McCone met with Kissinger and CIA director Helms in 1970. McCone testified that he encouraged them to prevent Allende's election and offered $1 million to the CIA from ITT chairman Harold Geneen.[32] The offer was refused by Helms, but $350,000 did pass from ITT to Allende's opponent with CIA assistance.[33] To make a long story short, the Forty Committee eventually adopted ITT's destabilization plan for Chile and added numerous dirty tricks of their own.[34] The results were ideal for ITT, Anaconda, and Kennecott, and catastrophic for the Chilean people.

Edward M. Korry, U.S. ambassador to Chile from 1967-1971, has accused top officials of ITT and the CIA of conspiring to commit perjury before two Senate committees. Helms, McCone and Geneen are under investigation by a grand jury.[35] The whole truth is not yet out, but the brutal facts are clear to Chileans.

McCone's success in Chile prompted further efforts on ITT's behalf. CounterSpy magazine reported that McCone met with deposed Portuguese leader Gen. Antonio de Spinola in Switzerland in August, 1975.[36] At that time it appeared that the left in Portugal was viable, despite CIA funding of the right-leaning Socialist party.[37] Spinola was organizing a clandestine army in Spain, and ITT provided funds and communications equipment to the commandos.[38] If the Socialist candidate had lost to the left in last year's elections, Spinola and ITT were prepared to make amends.

Presently McCone is one of the directors of the Committee on the Present Danger. This group -- a recent coalition of big-name hawks, military-industrial complex leaders, and intelligence- community academicians -- is actively lobbying against proposed cuts in military spending.[39] McCone is also a director of Pacific Mutual Life Insurance, United California Bank, Standard Oil of California, and Western Bancorporation.[40]

On July 5, 1977, President Hubbard cited USC's 25-year "warm and long-lasting relationship" with Iran while presenting the Shah's wife with an honorary "Doctor of Humane Letters."[41] USC has an exchange program with Iran, receives money from the Shah, and currently enrolls nearly 500 Iranian students. The CIA put the Shah in power in 1953,[42] and Helms was ambassador to Iran until recently. Iran routinely subjects up to 100,000 political prisoners to torture.[43] Their secret political police network is worldwide, and SAVAK agents even operate on U.S. campuses with the full knowledge and occasional assistance of the CIA.[44]

Hubbard told the Empress that his visits to Iran had impressed him with the "supreme grace and friendship of your great nation."[45] Five hundred demonstrators, many wearing masks to prevent their identification by SAVAK, protested the USC ceremony and the Shah's regime.[46] McCone would be a logical place to begin if one were to investigate the USC/Iran connection.

The issue of McCone's 12-year association with this campus raises serious questions about the integrity of USC as an educational institution. These questions were pursued by student activists in the late sixties. We spent much of our time arguing with others over the facts because sometimes we were weak on documentation. Ironically, the revelations of the past few years have shown that our most paranoid fears were underestimations, yet today the campuses are relatively quiet. Do students need another draft system and dirty war before they are ready to reflect on their role in the world?

Let's hope not. Our government geared up to repress dissent during the late sixties and early seventies, but even at its worst it was still more benevolent than many of the regimes we now support. The next time around students may not be so lucky. Not if John McCone has something to say about it.

24. This is the conclusion of the subcommittee report released by Senators Richard S. Schweiker and Gary Hart on 23 June 1976.


About the history of this leaflet

After trying unsuccessfully for months to interest two different Daily Trojan editors in this article, I finally scraped up enough to have it professionally printed as a leaflet. I first began passing it out to those entering Bovard Auditorium on the University of Southern California campus on September 17, 1977. This event was a public debate, with appearances by Daniel Ellsberg, William Colby, Donald Freed, David Atlee Phillips, John Gerassi, Ray Cline, and Mark Lane. (Lane describes some of what happened at this debate in his book Plausible Denial, on pages 75-87.) Certainly this was a unique exercise in free speech by people with important things to say -- just what universities are for, and something that happened infrequently at my alma mater.

Unfortunately, I was unable to attend. After leafletting for a while, the campus police threatened to arrest me, and I was escorted off campus. This leaflet, including all of its footnotes, was unauthorized literature!

The next week I flooded the campus with seven thousand copies of the leaflet, and complained to a faculty member who belonged to the ACLU about the violation of my rights. Nothing came of it, but at least the campus newspaper finally saw fit to print the name of John McCone (this just in!):

The leaflet Brandt was distributing contained an allegation that John McCone, university trustee, has had extensive involvement in the past with covert CIA activity. (Daily Trojan, 21 September 1977, p. 6) 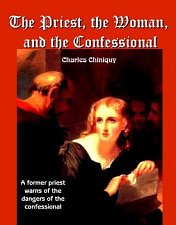