So today is what you call "the moment of truth," the day that "France and the rest of world have to show their cards on the table." I'm glad to hear that this day has finally arrived. Because, I gotta tell ya, having survived 440 days of your lying and conniving, I wasn't sure if I could take much more. So I'm glad to hear that today is Truth Day, 'cause I got a few truths I would like to share with you:

1. There is virtually NO ONE in America (talk radio nutters and Fox News aside) who is gung-ho to go to war. Trust me on this one. Walk out of the White House and on to any street in America and try to find five people who are PASSIONATE about wanting to kill Iraqis. YOU WON'T FIND THEM! Why? 'Cause NO Iraqis have ever come here and killed any of us! No Iraqi has even threatened to do that. You see, this is how we average Americans think: If a certain so-and-so is not perceived as a threat to our lives, then, believe it or not, we don't want to kill him! Funny how that works!

2. The majority of Americans -- the ones who never elected you -- are not fooled by your weapons of mass distraction. We know what the real issues are that affect our daily lives -- and none of them begin with I or end in Q. Here's what threatens us: two and a half million jobs lost since you >took office, the stock market having become a cruel joke, no one knowing if their retirement funds are going to be there, gas now costs two dollars a gallon -- the list goes on and on. Bombing Iraq will not make any of this go away. Only you need to go away for things to improve.

3. As Bill Maher said last week, how bad do you have to suck to lose a popularity contest with Saddam Hussein? The whole world is against you, Mr. Bush. Count your fellow Americans among them.

4. The Pope has said this war is wrong, that it is a SIN. The Pope! But even worse, the Dixie Chicks have now come out against you! How bad does it have to get before you realize that you are an army of one on this war? Of course, this is a war you personally won't have to fight. Just like when you went AWOL while the poor were shipped to Vietnam in your place.

5. Of the 535 members of Congress, only ONE (Sen. Johnson of South Dakota) has an enlisted son or daughter in the armed forces! If you really want to stand up for America, please send your twin daughters over to Kuwait right now and let them don their chemical warfare suits. And let's see every member of Congress with a child of military age also sacrifice their kids for this war effort. What's that you say? You don't THINK so? Well, hey, guess what -- we don't think so either!

6. Finally, we love France. Yes, they have pulled some royal screw-ups. Yes, some of them can be pretty damn annoying. But have you forgotten we wouldn't even have this country known as America if it weren't for the French? That it was their help in the Revolutionary War that won it for us? That it was France who gave us our Statue of Liberty, a Frenchman who built the Chevrolet, and a pair of French brothers who invented the movies? And now they are doing what only a good friend can do -- tell you the truth about yourself, straight, no b.s. Quit pissing on the French and thank them for getting it right for once. You know, you really should have traveled more (like once) before you took over. Your ignorance of the world has not only made you look stupid, it has painted you into a corner you can't get out of.

Well, cheer up -- there IS good news. If you do go through with this war, more than likely it will be over soon because I'm guessing there aren't a lot of Iraqis willing to lay down their lives to protect Saddam Hussein. After you "win" the war, you will enjoy a huge bump in the popularity polls as everyone loves a winner -- and who doesn't like to see a good ass-whoopin' every now and then (especially when it 's some third world ass!). And just like with Afghanistan, we'll forget about what happens to a country after we bomb it 'cause that is just too complex! So try your best to ride this victory all the way to next year's election. Of course, that's still a long ways away, so we'll all get to have a good hardy-har-har while we watch the economy sink even further down the toilet!

But, hey, who knows -- maybe you'll find Osama a few days before the election! See, start thinking like THAT! Keep hope alive! Kill Iraqis -- they got our oil!!

Stupid White Men
...and Other Sorry Excuses for the State of the Nation!
by Michael Moore

The government has been seized by a ne'er-do-well rich boy and his elderly henchmen . . . Our great economic expansion is unraveling faster than a set of Firestones . . . Our water is poisoned, the ozone's in shreds, and the SUVs are advancing like a plague of locusts . . .

George W.: "President" of the United States. The Thief-in-Chief. A trespasser on federal land, a squatter in the Oval Office. Send in the Marines! Launch the SCUD missiles! Bring me the head of Antonin Scalia!

Bill Clinton: One of the best Republican presidents we've ever had.

The Former Yugoslavia: Bring back Marshall Tito! Nobody in America liked him much when he was alive, but now he looks like Lady Bird Johnson.

The Idiot Nation: A friggin' stain on a blue dress. That's what captured our attention in the nineties -- along with slow-moving Broncos, six-year-old strangled beauty queens, and Hugh Grant's dating habits.

Corporate America: There is no recession, my friends: no downturn, no hard times. The rich are wallowing in loot -- and now they want to make sure you don't come a-lookin' for your piece of the pie. 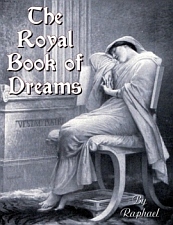